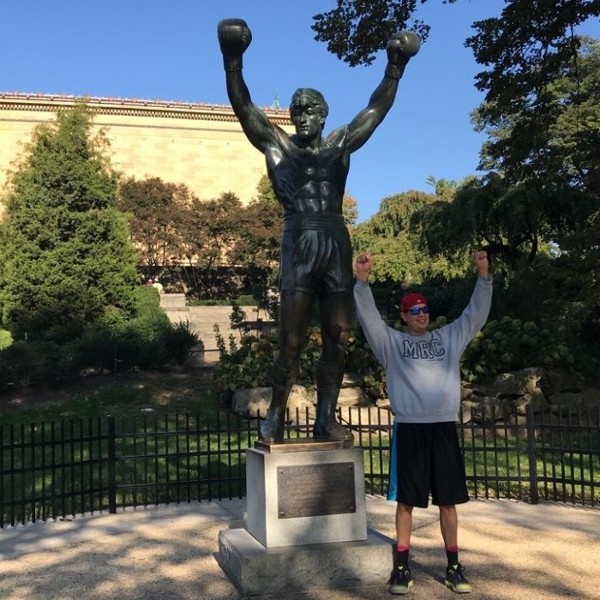 Danielle's just back from a whirlwind four-day tour of Philadelphia, Baltimore, Washington DC and Virginia. Here's how she got on: 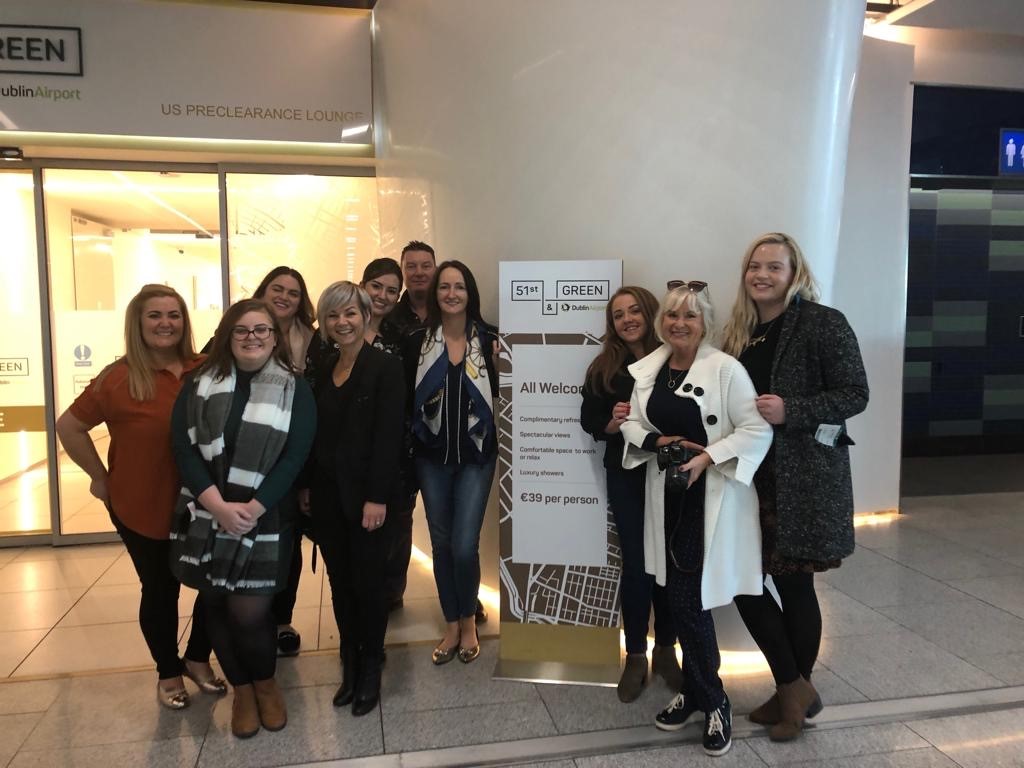 The lounge is very spacious, bright and laid back. Depending on the time you arrive, they cater for all dining needs. They have a buffet bar with all the necessities. After a few refreshments and a chat about the upcoming days, we headed for the departure gate to board our flight.

Boarding was very straight forward and I was quickly shown to my seat. The flight was very smooth, and the onboard service was very efficient. Our meal consisted of a cheese and coleslaw wrap and a flapjack. The inflight entertainment was dated with the movies it offered, but that did not affect my opinion of the overall service. 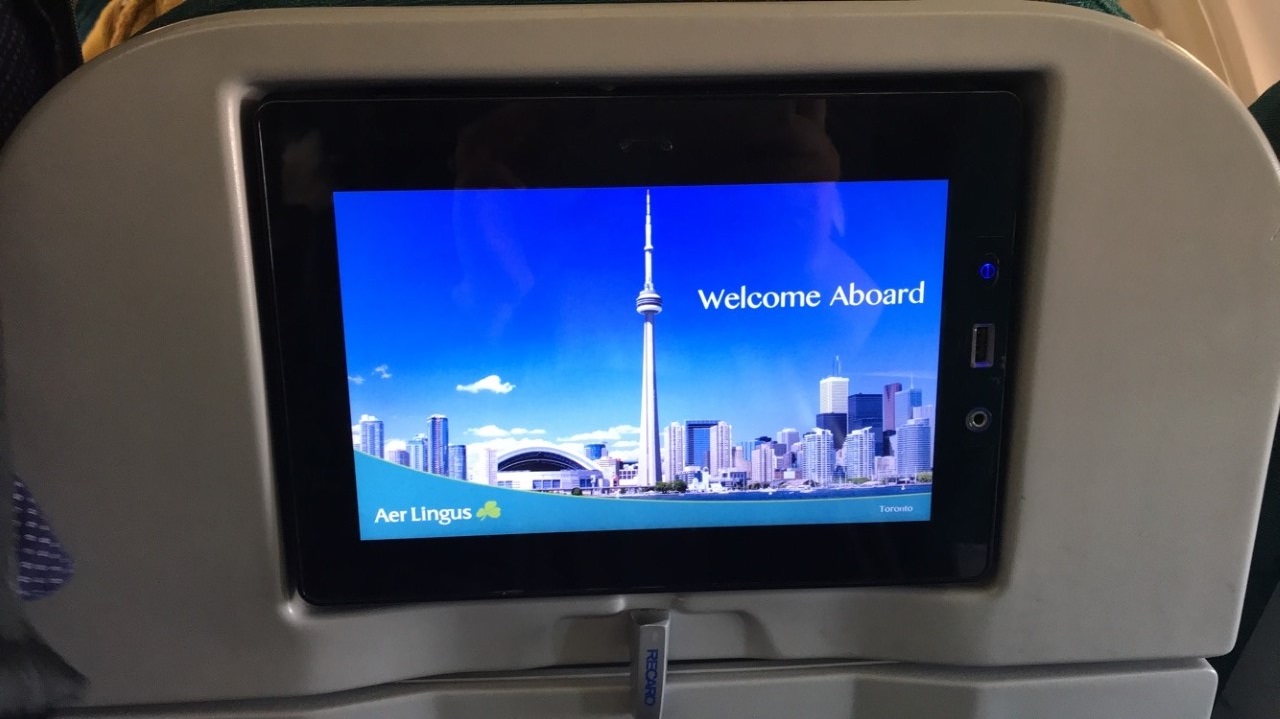 On arrival in Philadelphia, our first trip was to the One Liberty Observation Deck, Philadelphia's first high-rise attraction with 360 degree views! The tour is self-guided and is very informative. It takes around 40-50 minutes to do the skyline tour of America's oldest city. We arrived and entered the huge lift which had a brief video of the history of the city. The skyline tour is on the 57th floor of the building. I would not recommend missing the lift! 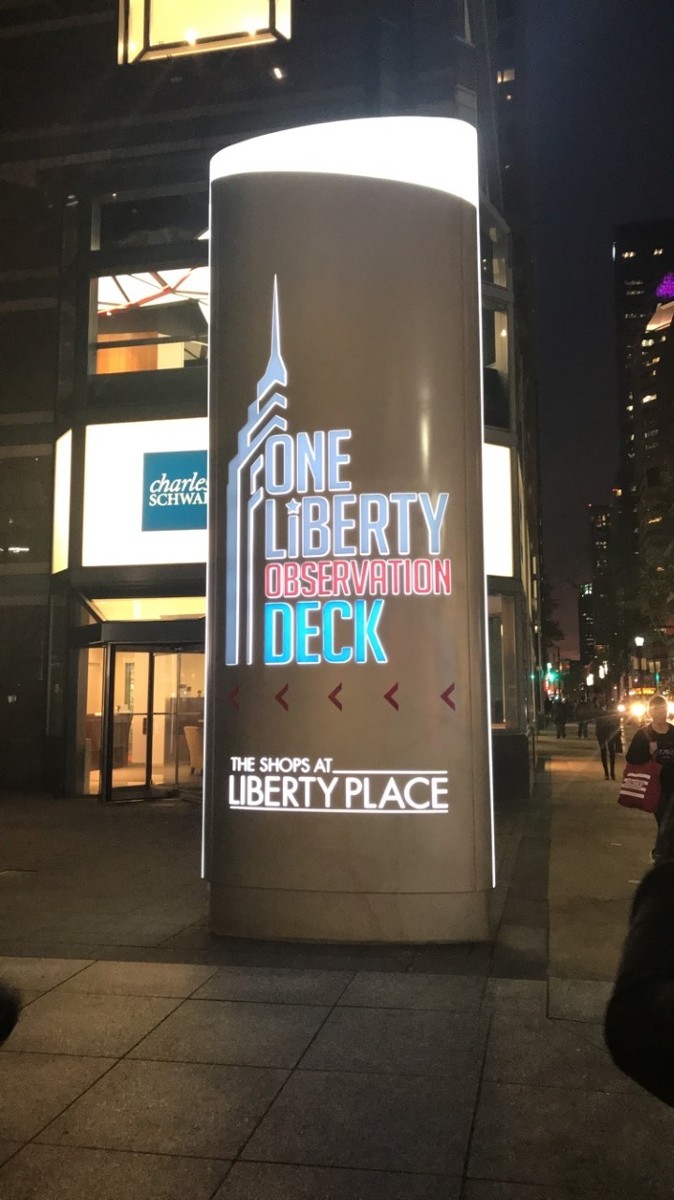 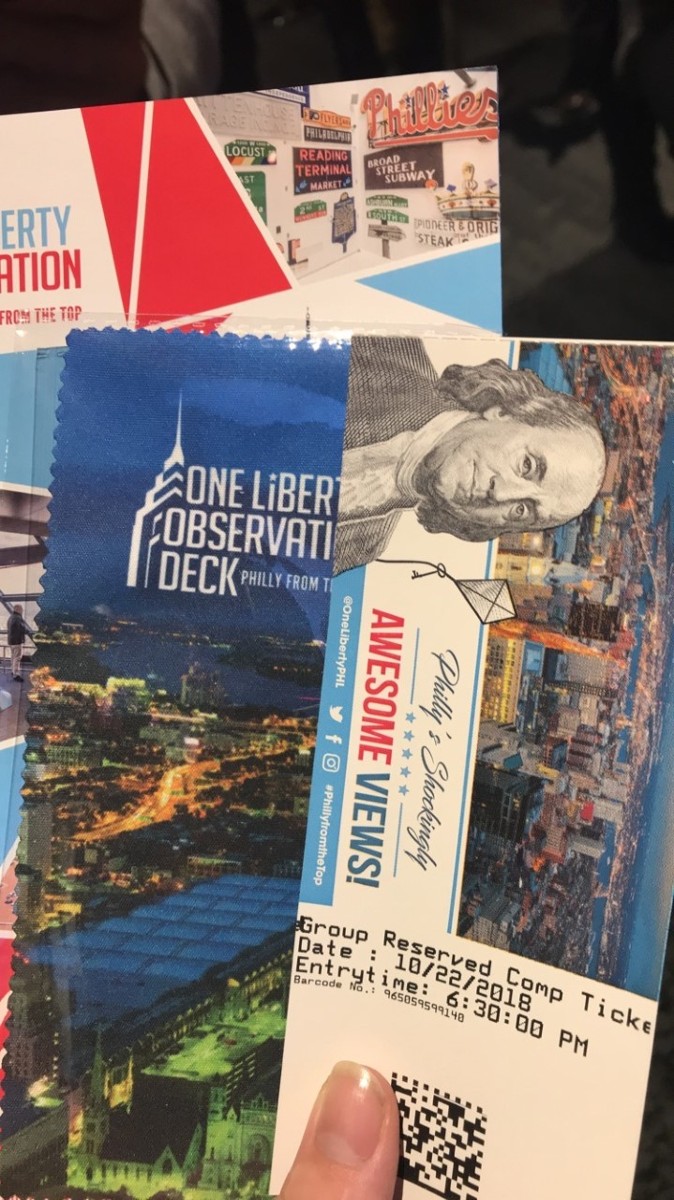 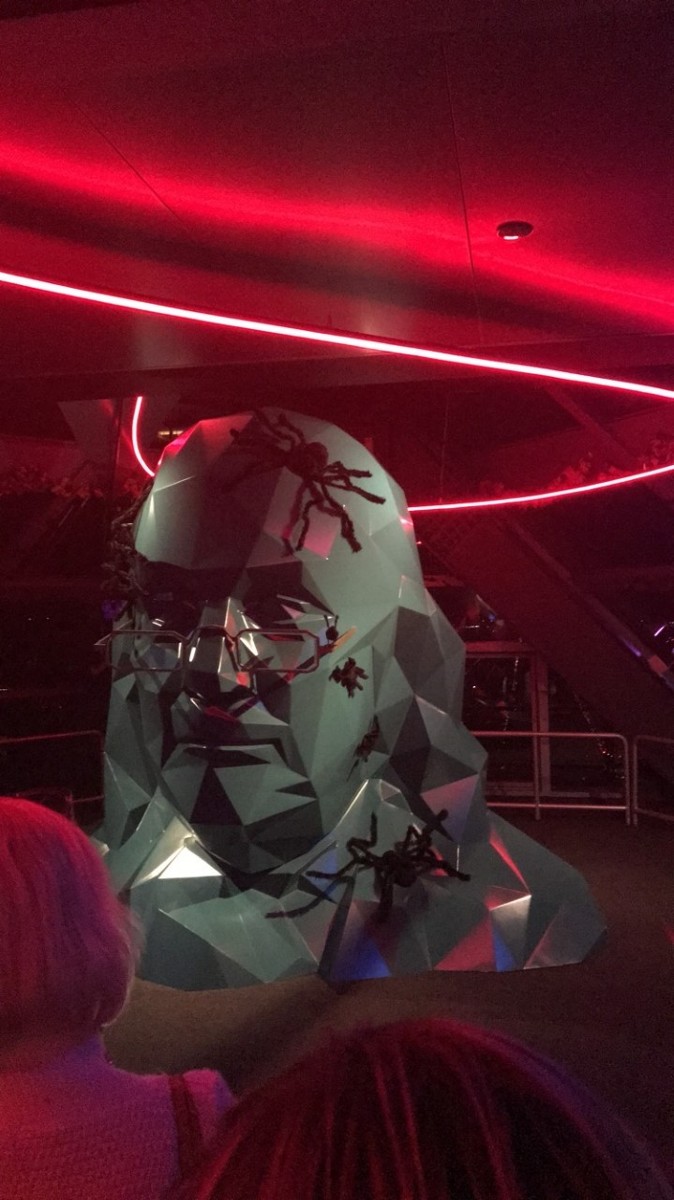 The main attraction here is Benjamin Franklin’s statue. His feet start on the ground floor and once you reach the top floor there is a huge statue of his head. I would recommend doing this tour as it gives you a very good insight of the history of Philadelphia and the views are amazing! There are interactive screens which take you through the history of the city. There is also a gift shop there to buy a few souvenirs.

After this, it was late and we hadn’t eaten since the flight. Our first meal in Philadelphia was in a Mexican restaurant only 8 minutes walk from the One Liberty Observation Deck. El Rey is a very quirky restaurant and we were welcomed with open arms when we arrived. It is a very traditional Mexican restaurant and we were served an array of traditional Mexican food. We returned to the hotel after a long day for a well-earned rest as we had an early start again the next morning for a day of adventure.

We met our guide in the lobby and headed to the world-famous Reading Market for breakfast. The historic Reading Terminal Market is home to 80 merchants, who offer the best of Philadelphia’s famous specialties. There is a variety of international and local cuisine, including Pennsylvania Dutch specialties, mozzarella cheese made on-site at the Valley Shepherd Creamery and Tommy DiNic’s roast pork sandwich. 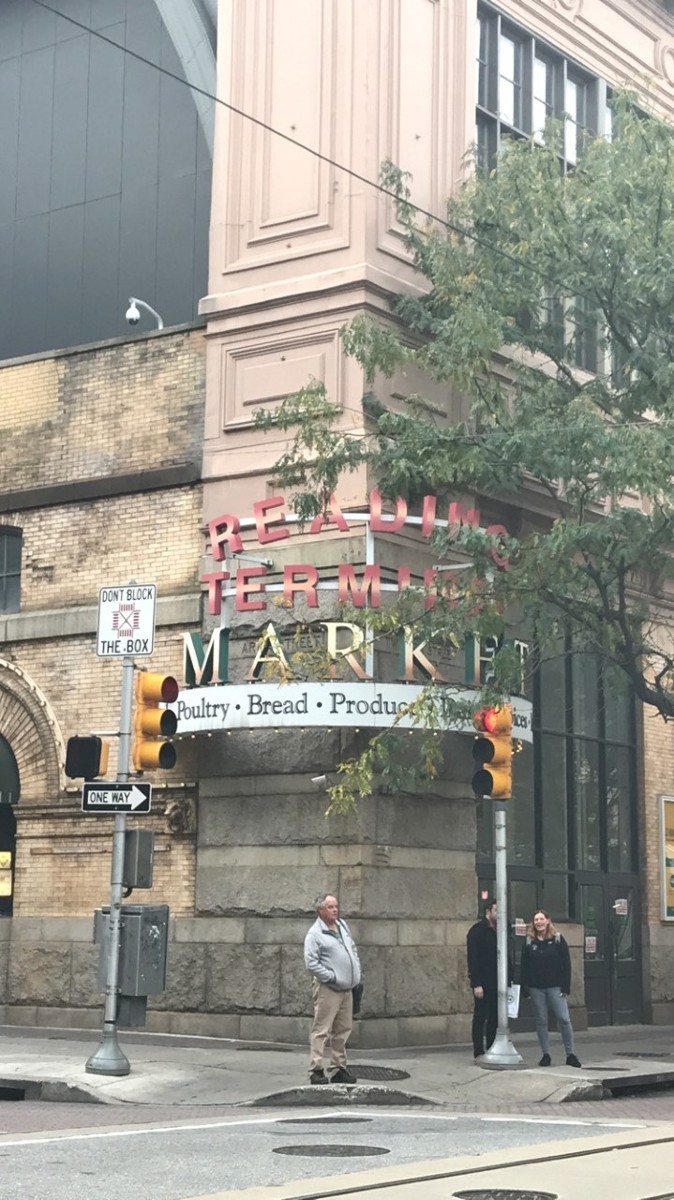 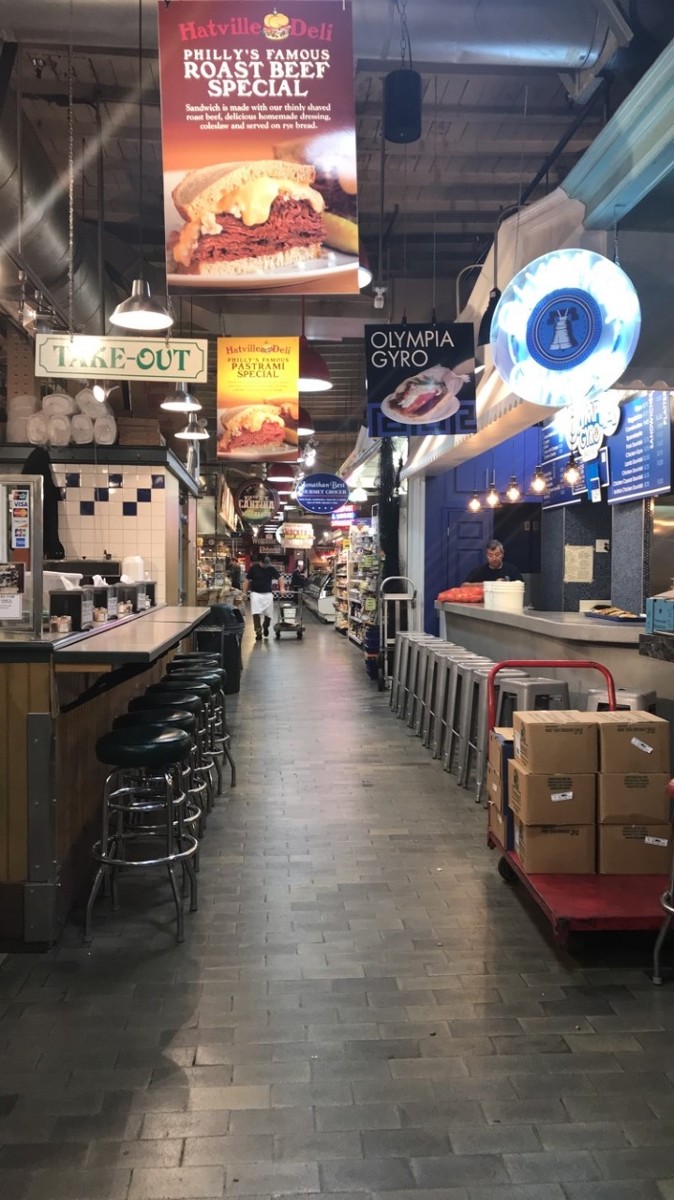 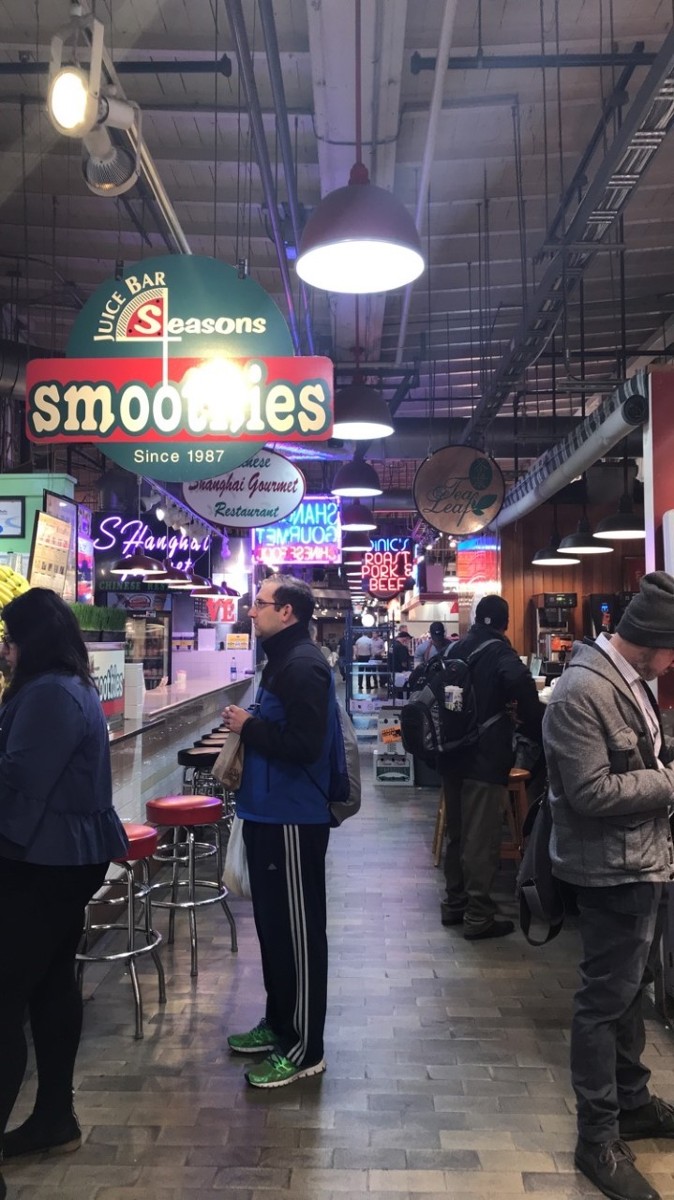 After grabbing a bite to eat and exploring the market, we then headed to famous Rocky Steps and statue and to explore the Philadelphia Museum of Art. The museum was very interesting. Our guide Judith was very informative and had a good personality to keep us all on our toes.

We were met by our guide Mitch who took us through the history and stories of the prison. It was both interesting and sad to find out about the past prisoners and what they had to go through as they served their time here. One of the most famous prisoners that was imprisoned here was Al Capone. In the Autumn, Eastern State also offers one of the scariest haunted houses in the country, Terror Behind the Walls. 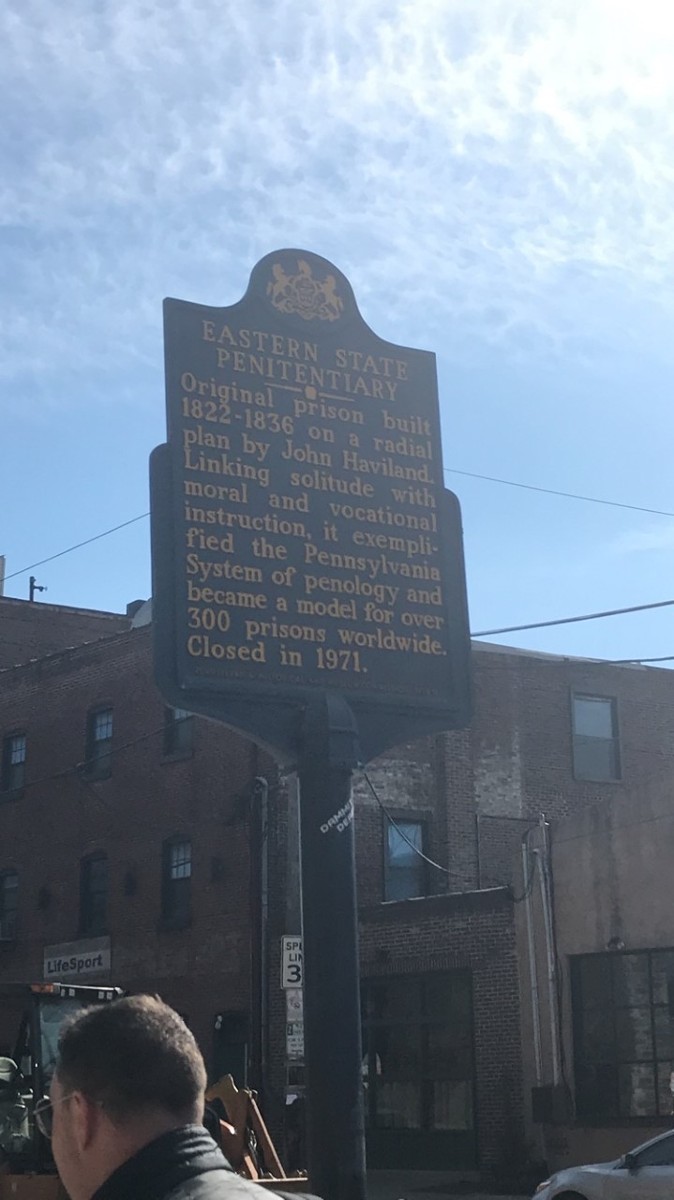 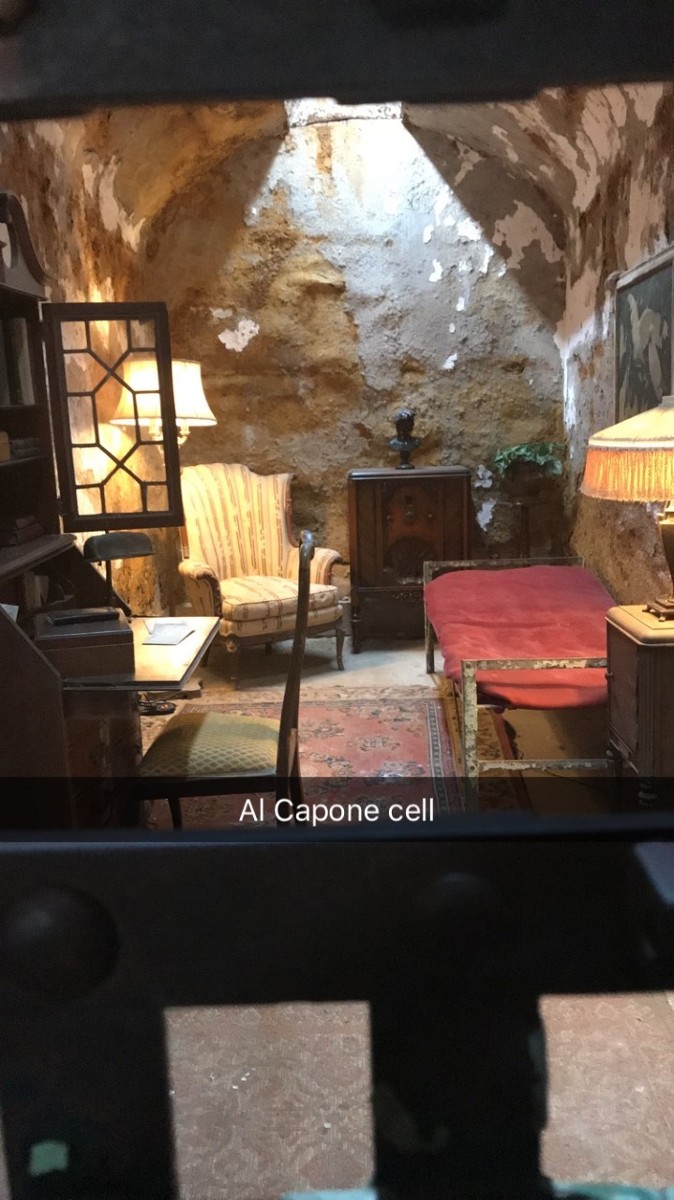 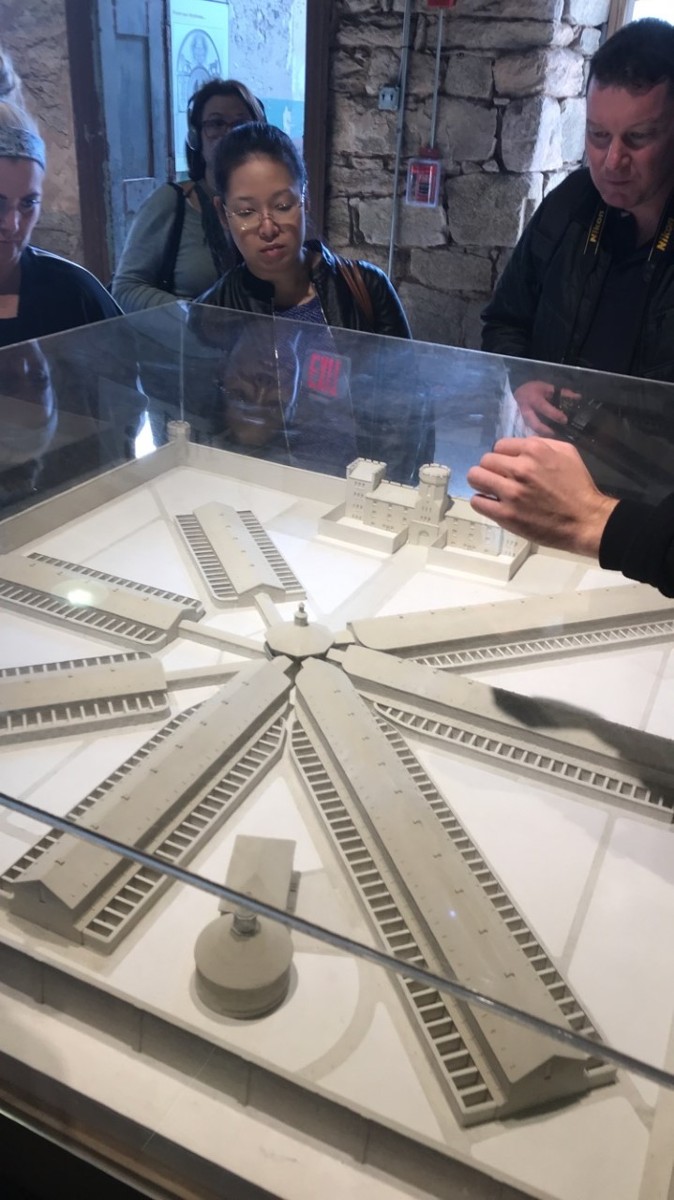 After leaving Eastern State Penitentiary, we had lunch in a very trendy bar/ restaurant called City Tap House. We had a nice bite to eat and headed back to the hotel for some free time. We had the bones of two hours to ourselves before we had to met again for out next tour.

After freshening up, we were transported to the The Barnes Foundation. The Barnes foundation is a private collection of post-impressionist and early-modern art. They have over 3,000 masterpieces from the likes of Picasso and Van Gogh.

After the Barnes foundation and a long day of sight seeing, we got to do something typically Irish…. visiting a brewery! Yards Brewing Company is a 10 minute drive form the Barnes foundation. A valid ID is required in order to do the tour of the brewery- remember that the drinking age over there is 21.

Our guide tour Mike was so popular with the group as he was both informative and very humorous. We had a tour of the brewery and learned how their beer and other drinks were made. After our taster we then had our dinner at the brewery also. The food was your typical American food that you would easily go down with a few beers... chicken wings, nachos and much much more. 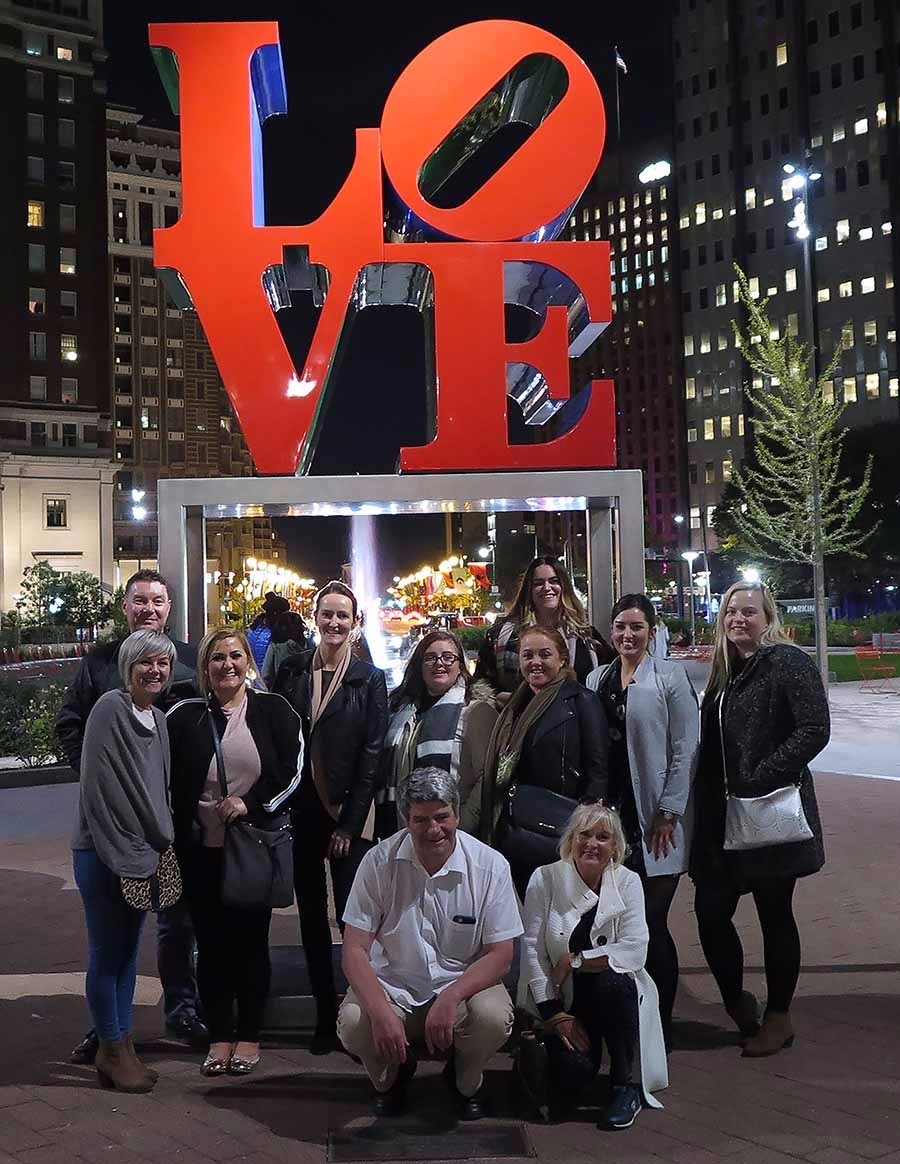 The next day was our last day in the city of Brotherly Love. We met our guide in the lobby, who took us on both a walking tour and a hop on/ hop off bus tour of the city. Everything you need to see and do can be done and achieved doing these tours.

After the tour, before we headed to Philadelphia 30th Street Station to catch the train to Baltimore, we of course had to have the infamous Philly cheesesteaks. I can confirm they are delicious. We then got the amtrack to Baltimore and began a new adventure in a new city.

Once we arrived in Penn station, we were meet by our lovely guide Eric. We spent the evening touring around downtown Baltimore. Our first stop was the American Visionary Art Museum. This museum is one of the most interesting museums I have ever been too. The museum specializes in the preservation and display of outsider art.

After this tour we got a water-taxi across the water to Harbor East. The views from the Harbor were stunning. Once we arrived on the other side, we walked to the nicest restaurant we had visited throughout the whole trip. Tagliata is an authentic Italian restaurant, though they also serve other cuisines. The restaurant is very modern and the service is outstanding. 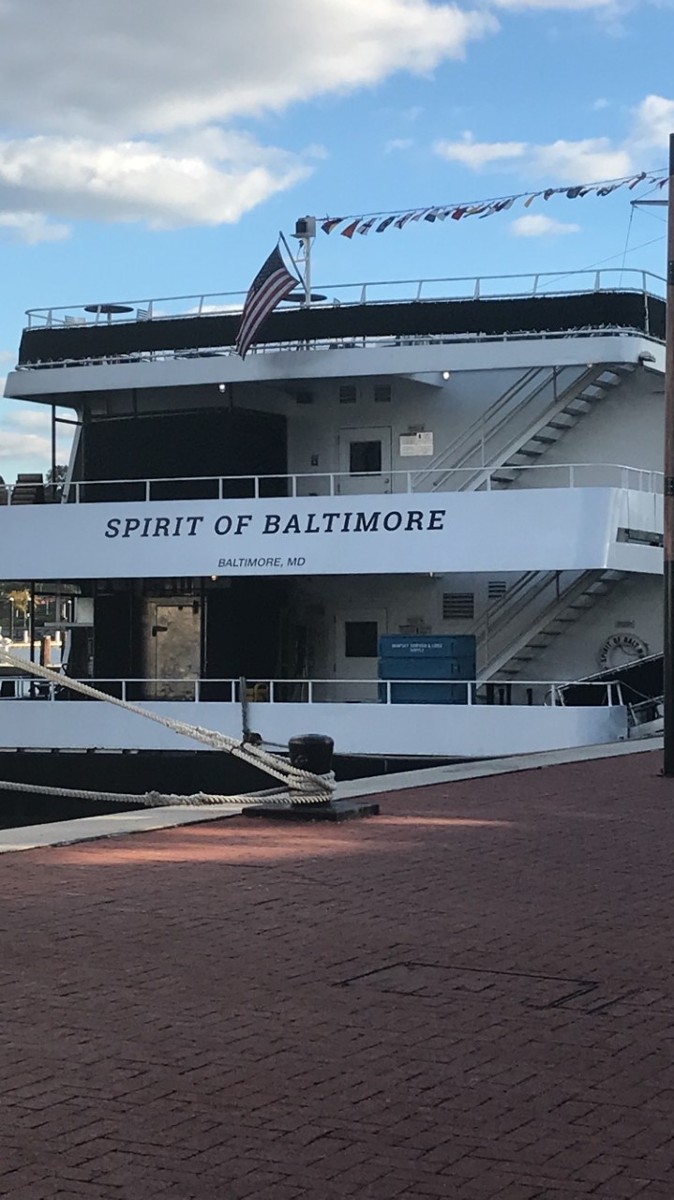 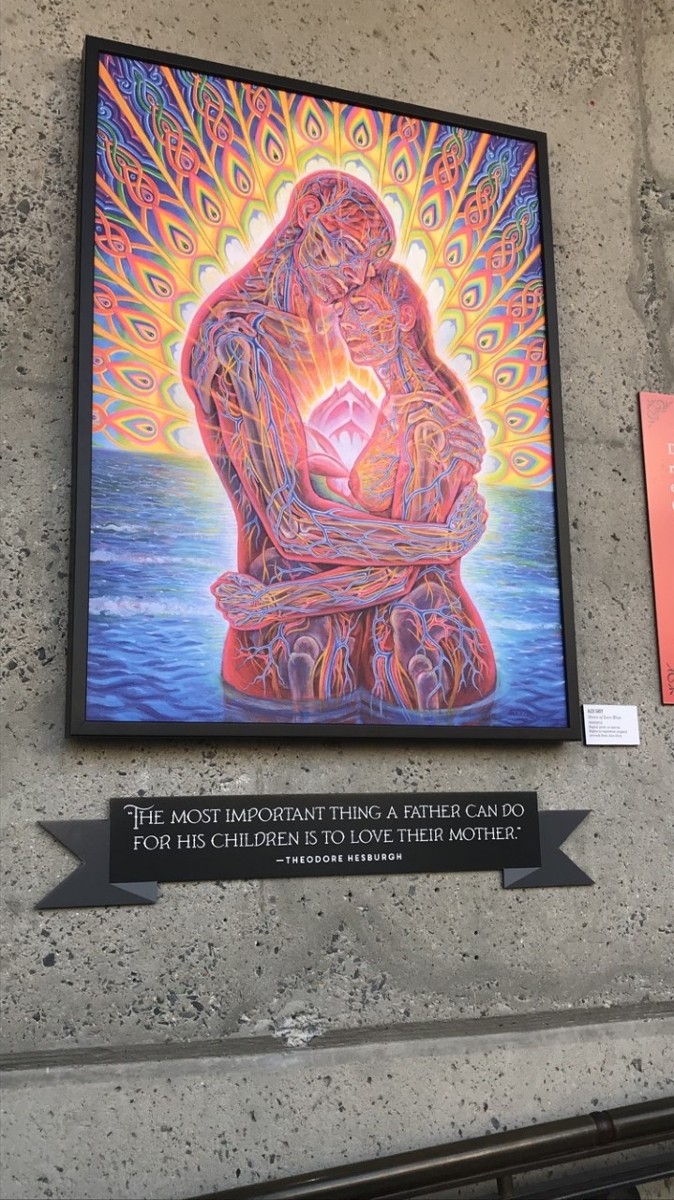 After our meal we crossed over the path to the Elk Room. This is an exclusive side-bar off the restaurant, where they serve swanky cocktails and unique bar bites. The bar is very low lighting which adds to the atmosphere.  After a few deicious cocktail tastings we were taken back to our hotel for the night.

We started our very long day at 7am as we enjoyed breakfast in our hotel. Baltimore was my favourite place to visit up to this point. After breakfast we were taken to Penn station to catch the amtrack to the capital Washington D.C.- about a half an hour's train journey. Once we arrived we were greeted by our guide for this part of the trip. 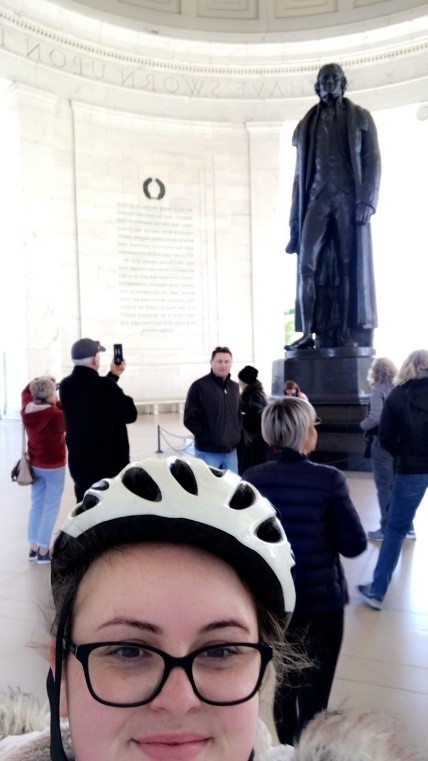 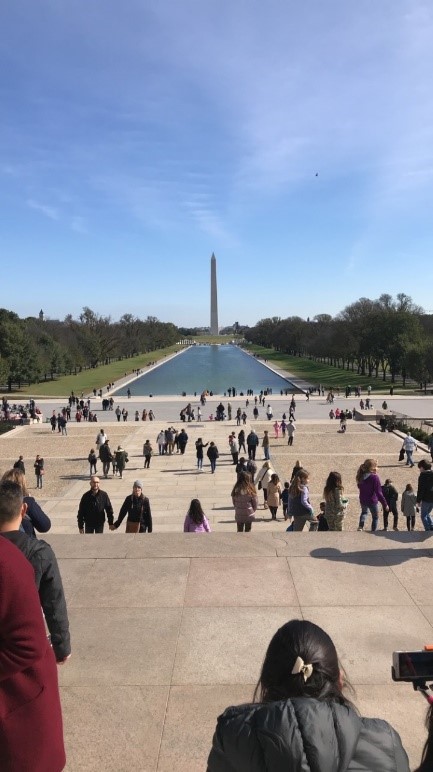 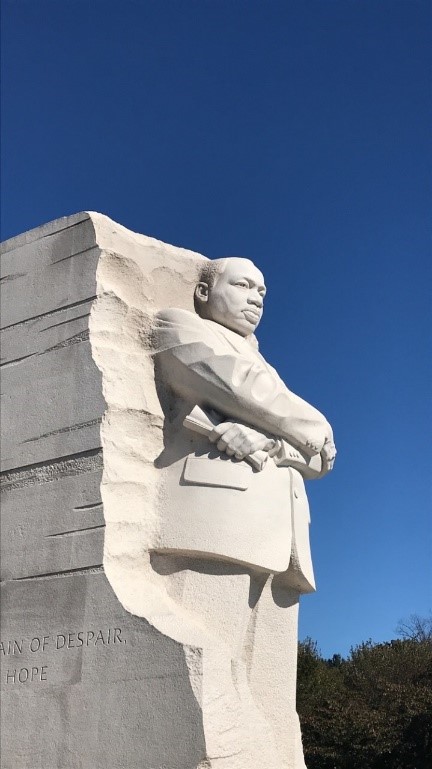 Our first excursion of the day was a bike ride around all the monuments. Personally, I think this is the best way to see all of what Washington D.C has to offer.  We got to visit the Washington Monument, The Lincoln Memorial, National Mall, Korean War Memorial and got the a glimpse of the White House. Our guide was very informative and made the history of all the monuments very interesting. 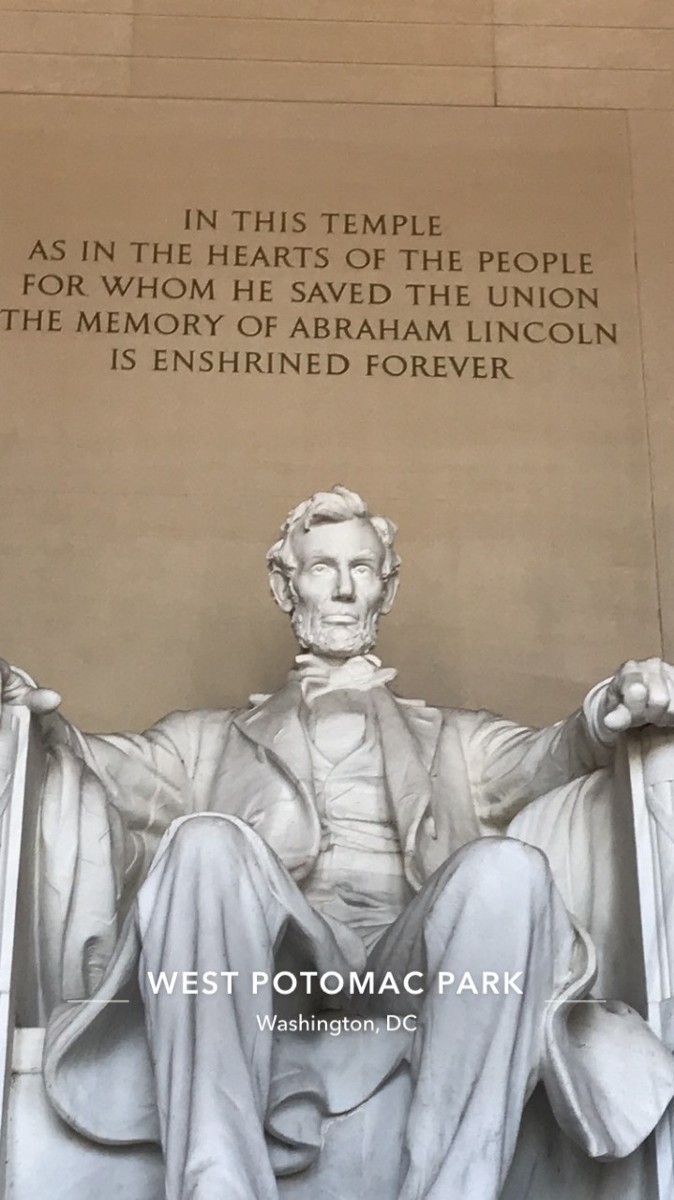 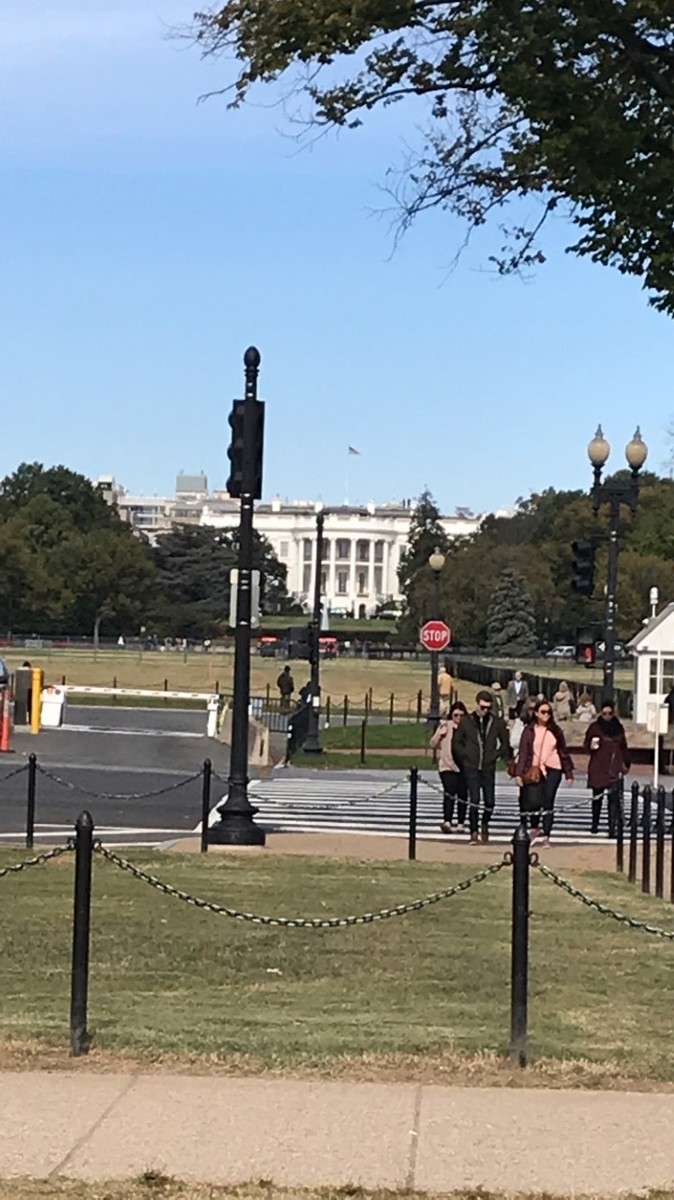 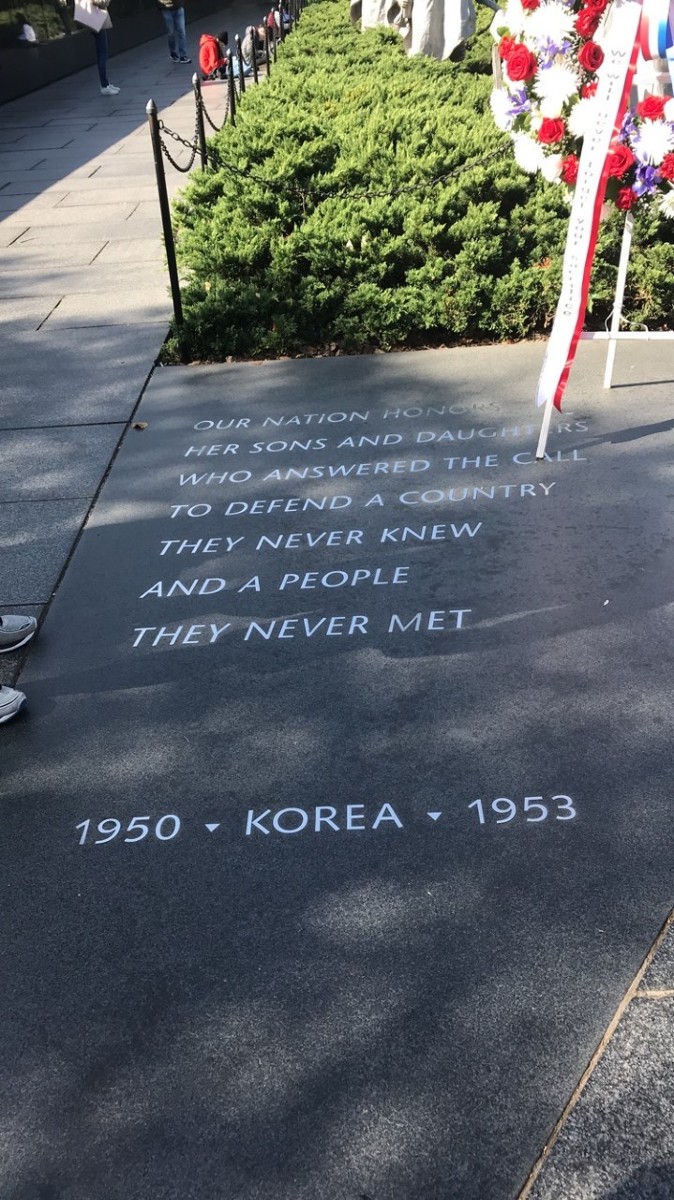 After our very long trip around Washington D.C, we visited and had lunch at the National Museum of African American History and Culture. It is a Smithsonian Institute museum, located on the National Mall and was opened in September 2016 by President Barack Obama.

This museum is self-guided, with over 36,000 artifacts documenting African American life, history and culture. It's the country's only national msuem devoted to telling these stories and celebrating the contributions of African Americans to the country. 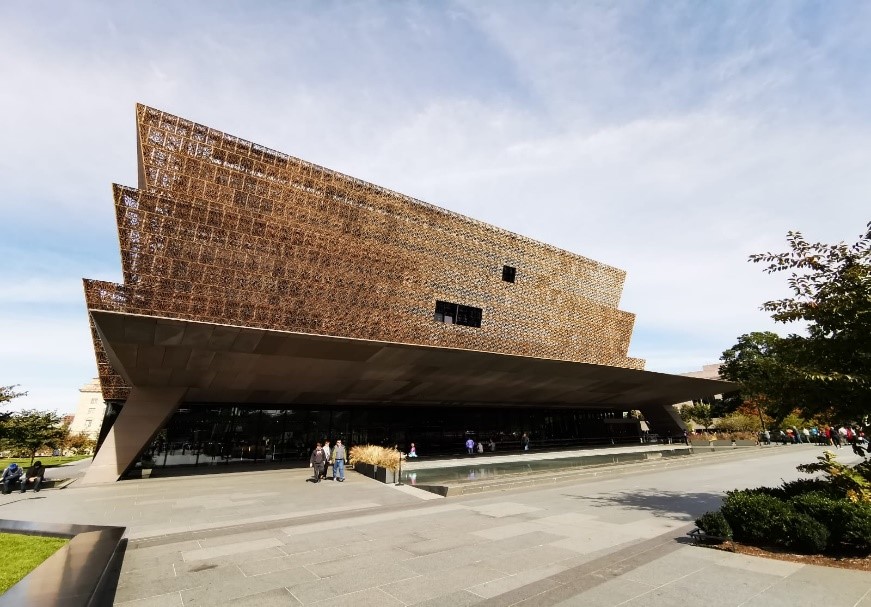 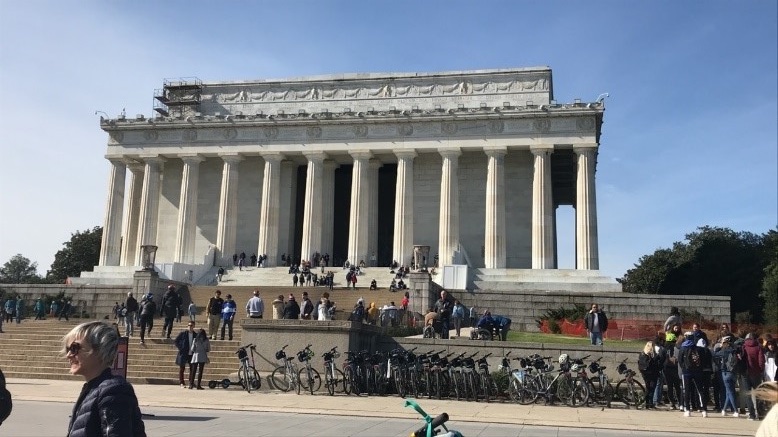 That night we headed to Georgetown for dinner, drinks and bowling at Pinstripes- this was the most fun night we had on the trip.

The next day we finished our long trip in Washington D.C and headed for Virginia. Our first stop was the Smithsonian National Air and Space Museum, Steven F. Udvar-Hazy Center. This is the companion facility to the museum on the National Mall in Washington, DC.

Opened in 2003, its two huge hangars display thousands of aviation and space artifacts, including a Concorde and the Space Shuttle Discovery. There's an IMAX theatre and an observation tour which gives you a 360-degree bird's eye view of Washington Dulles Airport and the surrounding area. The centre is also home to the Mary Baker Engen Restoration Hangar, where preservation of the Museum's collections takes place. There is also a McDonald's located in the building for anyone who feels peckish. 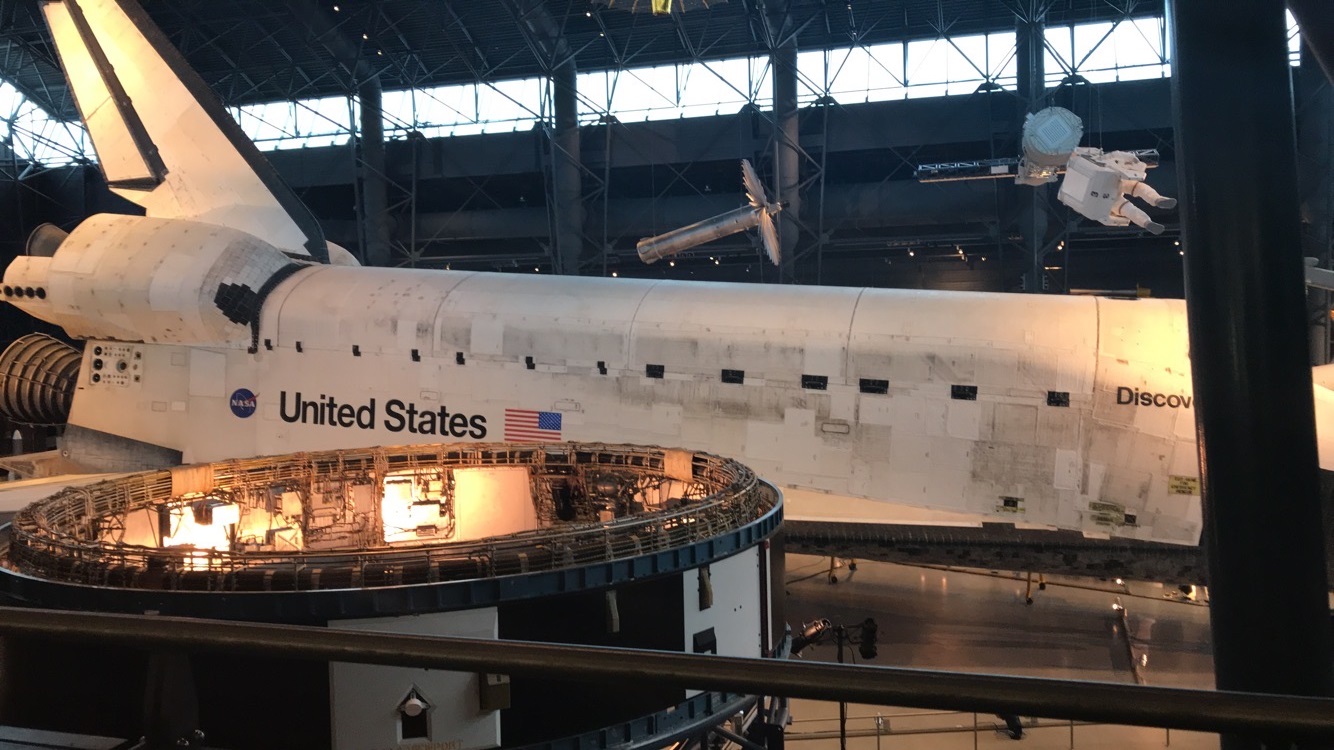 After the museum we then went to Mt. Defiance Cider Barn, where we had a taster of all the ciders they make. They have traditional farmhouse blends of dry cider and do a single variety cider. Every season brings different flavours for visitors. We also got to have our lunch here before we headed off to our last spot before our flight home.

After the Cider Barn we went to National Sporting Library and Museum. The NSLM houses art, artefacts, books about angling, horsemanship, shooting, steeplechasing, fox hunting, flat racing, polo, coaching, and wildlife. The museum also offers a wide variety of educational programs, exhibitions, and family activities throughout the year and is sure to be of interest to anyone who likes to get out and active, or at least watch others do it!

After our last stop, we headed back to the airport to catch our flight back to Dublin. I would say four states in four days is a lot to do, but the time I had here was very well spent. I would like to go back again to see a different part of the USA, but I had a fantastic time in Philadelphia, Baltimore, Washington & Virginia."

Click here to visit view our city break to Philadelphia and Washington DC based on Danielle's trip.