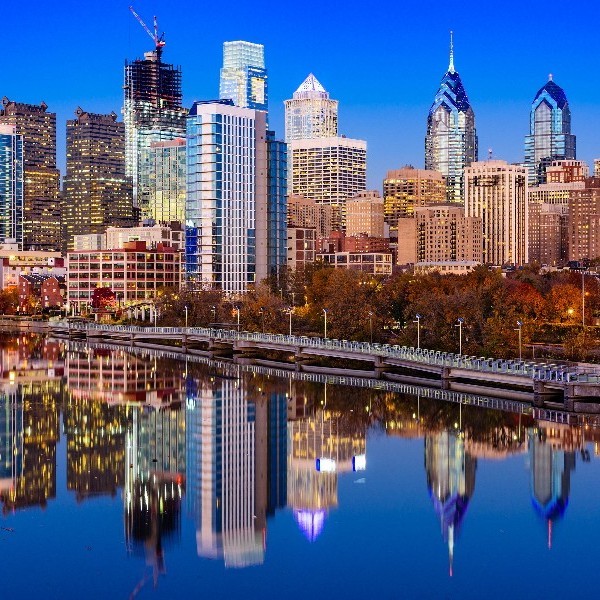 Aer Lingus will begin direct flights from Dublin to Philadelphia on March 25th, 2018. Visit the birthplace of American independence, run up the Rocky steps, enjoy a Philly cheesesteak and see the famous Liberty Bell.

Philadelphia is also a great starting point for a fly/ drive holiday to Washington or New York. Contact us for assistance creating your tailor-made itinerary or browse holidays on our Philadelphia web page.

Philadelphia At A Glance

Philadelphia is the only world heritage city in the United States. It is home to many of the country's firsts, including the first hospital, medical school, stock exchange and zoo.

Shopping: There is no sales tax on clothing

Getting around: SEPTA buses, two subway lines and a trolley, cabs, Lyft and Uber

Things to Do In Philadelphia:

To help you plan your holiday to Philadelphia, we've put together some suggestions for things to see and do in the City Of Brotherly Love. We can pre-book admission, excursions and tours bfore you go, please ask us for details.

Philadelphia Museum Of Art Steps
Made famous by the movie Rocky, snapping a photo at the top of these steps is a rite of passage for any first time visit to Philadelphia

Liberty Bell
The iconic symbol of American independence, this copper and tin bell was cast in 1752, weighs 2,080 pounds (943 kilos) and famously cracked on its first use

Franklin Institute
This science museum has a fantastic planetarium, and interactive family-friendly exhibits on astronomy, electricity and air travel- including artefacts related to the Wright brothers

Betsy Ross House
According to legend, this landmark home is where seamstress Betsy Ross lived when she sewed the stars and stripes of the first American flag

The Rosenbach
This collection of rare books and manuscripts includes early accounts of American settlement, 100+ letters written by George Washington and a handwritten manuscript of James Joyce's Ulysses

USS New Jersey (BB-62)
Take a tour of this decommissioned World War II battleship, see the sailors' quarters or even stay onboard overnight

National Museum of American Jewish History
This collection of over 20,000 objects charts the history of Judaism in America from colonial times to today

Edgar Allan Poe National Historic Site
The poet's former home, and where he wrote works including The Tell-Tale Heart and The Black Cat, offers permanent and rotating exhibits

African American Museum
This museum features exhibits and artefacts centred around three narratives: the African Diaspora, the Philadelphia Story, and the Contemporary Narrative

Tiffany Glass Mural
Made of over 100,000 pieces of glass, this one of a kind mosaic mural took over six months to install when it was erected in 1916

One Liberty Observation Deck
Also known as Philly From The Top, ascend this 883ft high deck for fantastic 360° views of the city's skyline

Benjamin Franklin Museum
Learn about the life of one of America's most famous founding fathers, including his work as a statesman, scientist and diplomat

Elfreth's Alley
Built in 1702, this picturesque cobbled street is known as the oldest continuously inhabited road in America 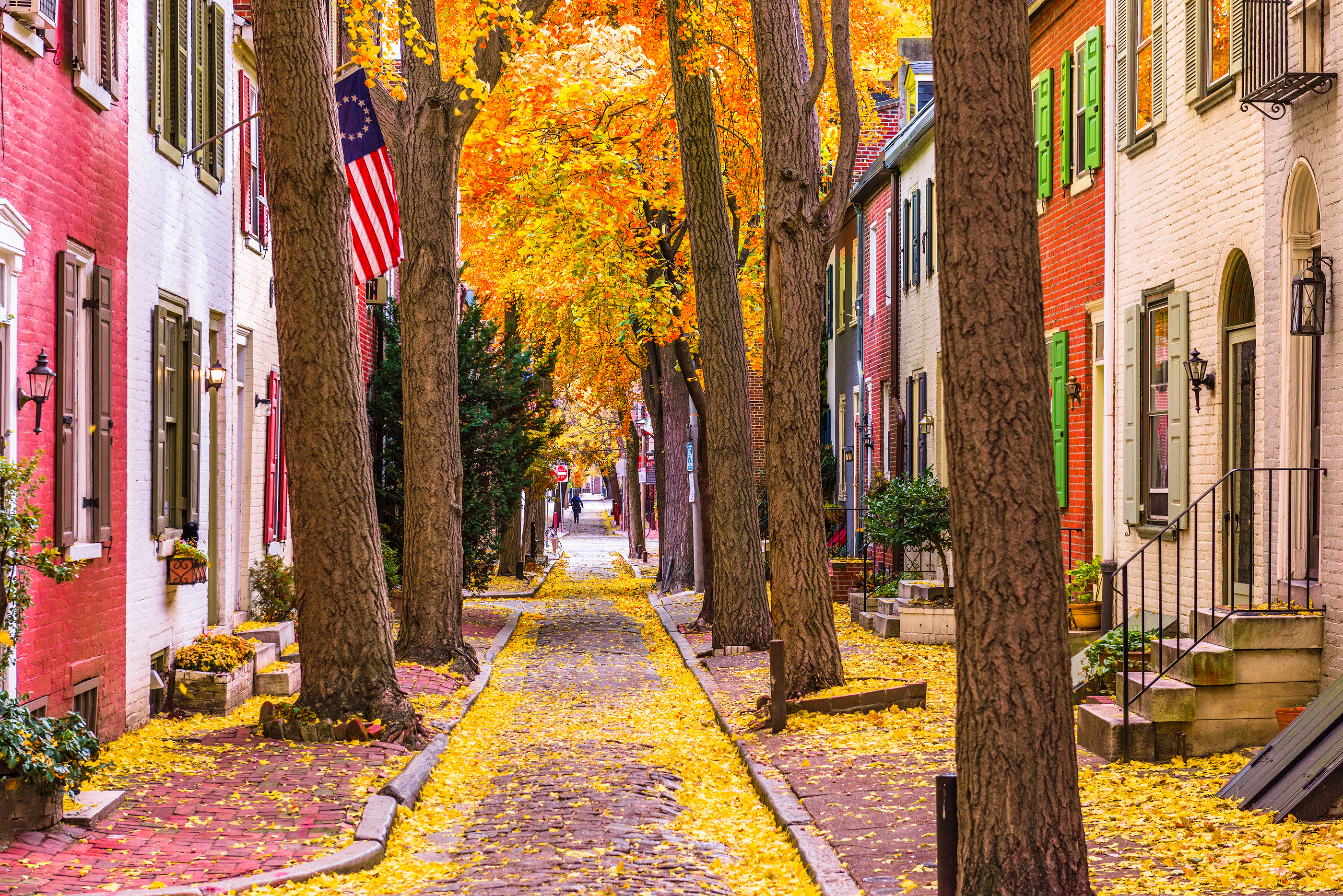 Planning a fly/ drive holiday? We can assist you with car hire and accommodation. Nearby places of interest include:

Gettysburg
This historic town is about a two-hour drive from Philadelphia. The site of one of the most famous battles in the American war for Independence, visitors can experience fantastic walking tours, recreations and reenactments with guides in period dress

Strasburg/ Lancaster County
Home to a large Amish population and about 90 minutes outside Philadelphia. Take a guided tour, visit a blacksmith or homestead or take a buggy ride. The 1985 movie Witness, starring Harrison Ford, was filmed here. Known for its historic railroad, visitors to Strasburg can take a ride on an authentic steam-powered locomotive

Atlantic City
Known for its beaches, boardwalks and casinos, this iconic New Jersey city is on the coast, about 60 minutes from Philadelphia

Hersheypark
This chocolate-themed adventure park offers visitors a wide array of attractions, including 13 rollercoasters, falconry, Zoo America and Hershey's Chocolate World Attraction. It is about two hours from Philadelphia

West Chester
This picturesque and quaint town is just 45 minutes outside Philadelphia and offers a wealth of attractions for foodies, including local delicacies like oysters and nearby winerys

New York
Just over two hours from Philadelphia, the Big Apple offers more sightseeing and attractions than you can shake a stick at, including the Empire State Building, Statue Of Liberty, MOMA, Central Park and Radio City Music Hall

For more information on planning a holiday to Philadelphia, please contact us on 021 427 7094, info@shandontravel.ie or request a call back using the red button below.