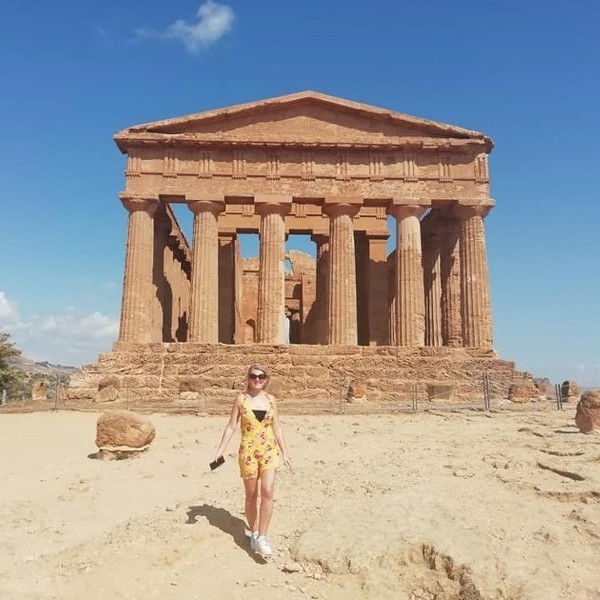 This summer, Cara spent two weeks exploring Italy & Malta. Over 2 weeks she visited Sicily, Rome, Venice and the Mediterranean island of Malta. Last week we posted part 1- all about her time in Malta. Click here to read it.

Here's part 2 of her holiday blog, focussing on her Italian experience:

From Malta we flew to Sicily- a flight of just 45 minutes. In Sicily we stayed in Taormina for six nights. Without a doubt, Toarmina is probably the most beautiful place I have seen. It is high up on the cliffs, with spectacular views of Mount Etna. At night time, people gather at the viewing spot and you can sometimes see the lava. In Taormina, shops/ restaurants stay open until all hours of the night. While there is not a big nightlife scene there, the beauty of Taormina is too good to miss being in a nightclub. 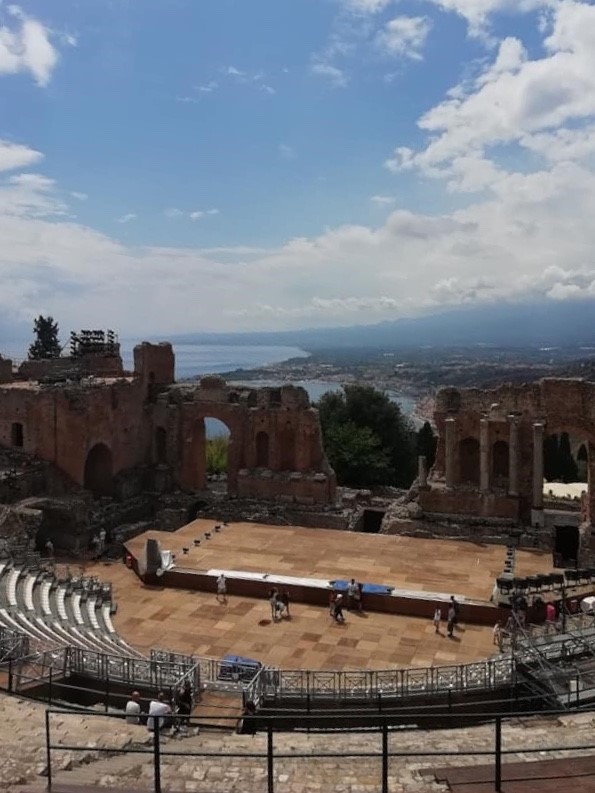 The amphitheatre in Taormina is an ancient Greek theatre built in the 3rd century BC. It is a breathtaking structure that has been excellently conserved. It cost €2 to enter (probably the best €2 I’ve ever spent), and the views were stunning.

Rather than opting for an organised tour of Etna and The Valley of the Temples, we rented a Fiat 500 (which I LOVED) for €100. We had the car for two days. I will say the Italians are feisty on the roads (especially the dual carriageways), however, other than the initial fear, it was OK. The roads are good there. You cannot drive through Taormina so we parked in an overnight carpark for about €14. It was about €30 to go up to the summit of Mount Etna in a cablecar. This was an incredible experience and definitely one to participate in if travelling to Sicily. 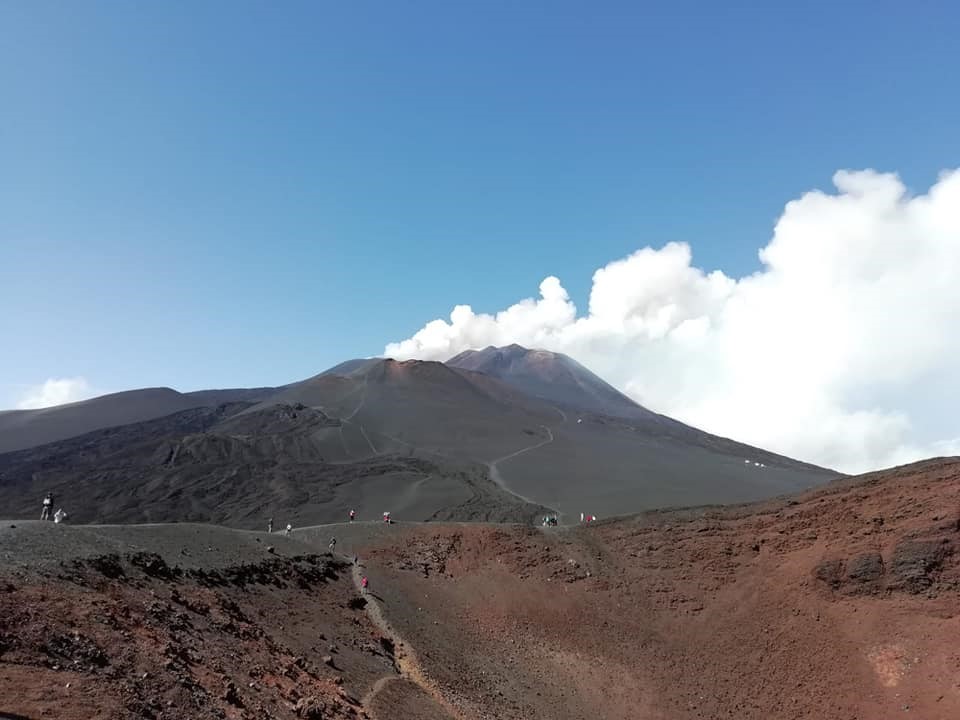 The next day we drove from Toarmina to the Valley of the Temples near Agrigento, which took three and a half hours– BEST PLACE IN SICILY!!! I could not recommend it more. To wander among these gigantic structures built around the 5th century BC is chilling. You can spend an entire day here easily- a beautiful walk with the most impressive structures I have ever borne witness to. Words can’t explain justifiably; the pictures will have to do. 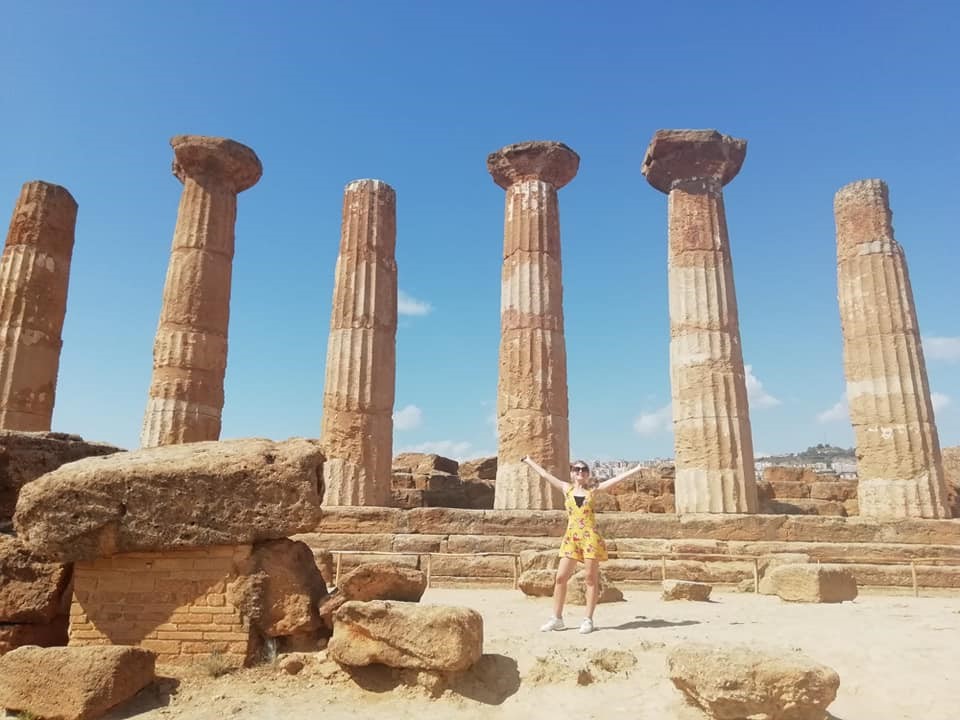 On the way back from Agrigento, we stopped at the Sicily Outlet Centre, and it’s a good thing we were under time pressure because I would have probably spent my life savings there. They literally have EVERYTHING. Gucci, Prada, Versace, Ralph Lauren, Nike, Adidas, Puma and many, many more.

As if there aren’t enough wonderful things to see and do in Italy, they also have the best pizza and wine in the world. I still dream about this pizza... 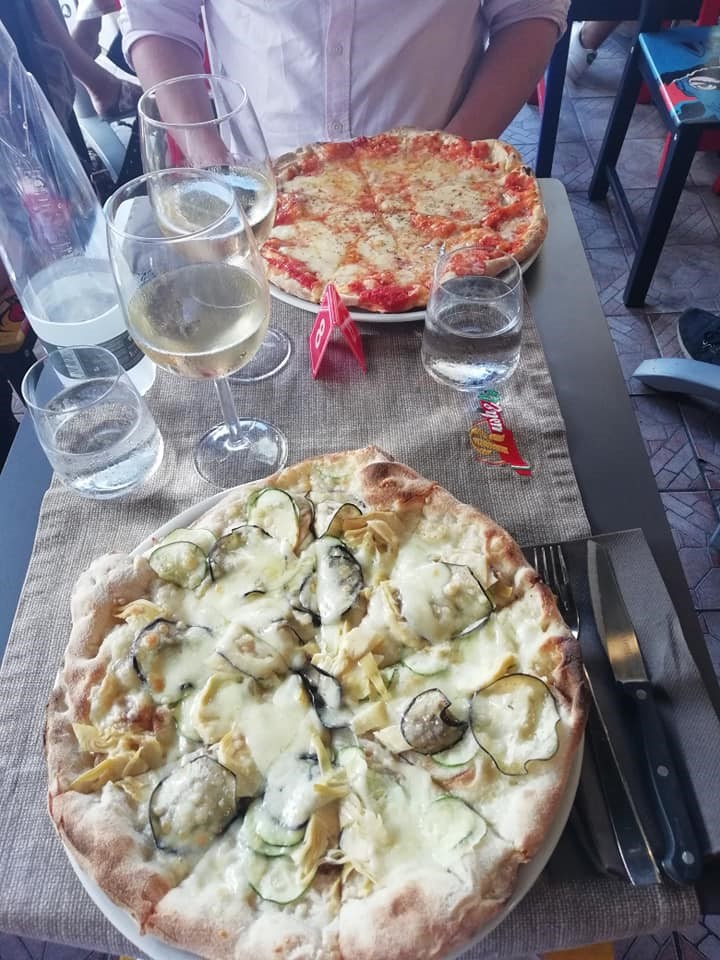 We visited a lovely little beach called Isola Bella while in Toarmina. A great place to spend a day if you can spare one. Then we got a train from Sicily to Rome, which took about 12 hours. The train was lifted onto a ferry. It was an exciting experience, but quite long. That being said, it wasn’t as tedious as it sounds. The views of the Italian countryside are beautiful and the train was comfortable. 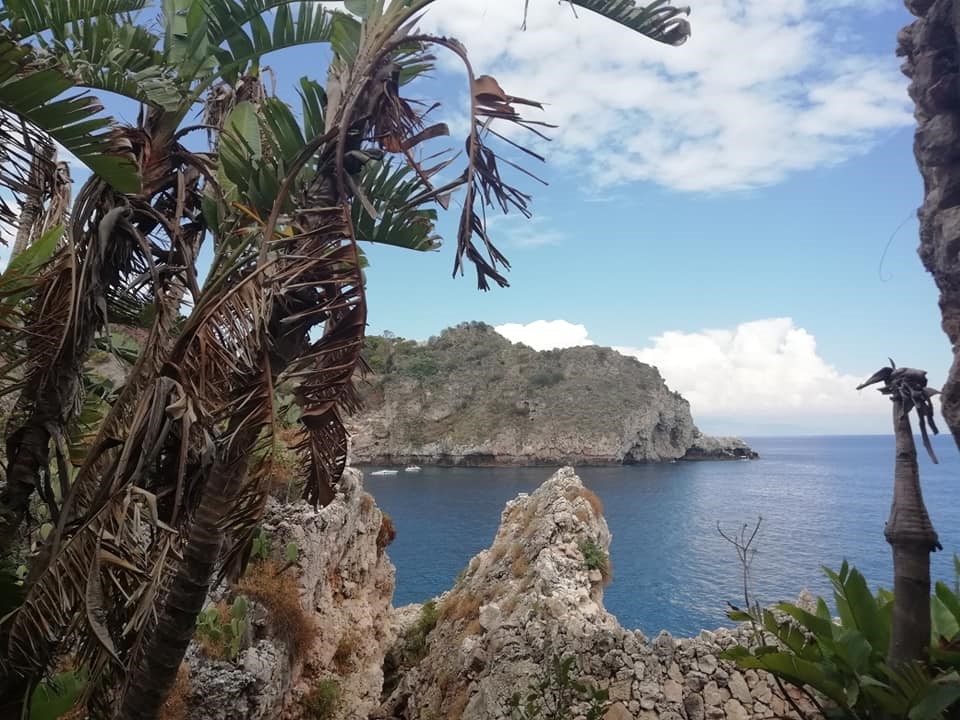 We spent two days in Rome, which was more than enough to get the main sights done, such as the Colosseum, the Trevi Fountain, the Pantheon and the Vatican. Suffice to say, Rome is a haven of rich art and culture. The sublimity of Roman architecture is enough to allow yourself to wander the streets for hours on end, getting completely swept away in its beauty. Everywhere you go there is art to be seen, with beautiful statues decorating the streets that hold so much history. 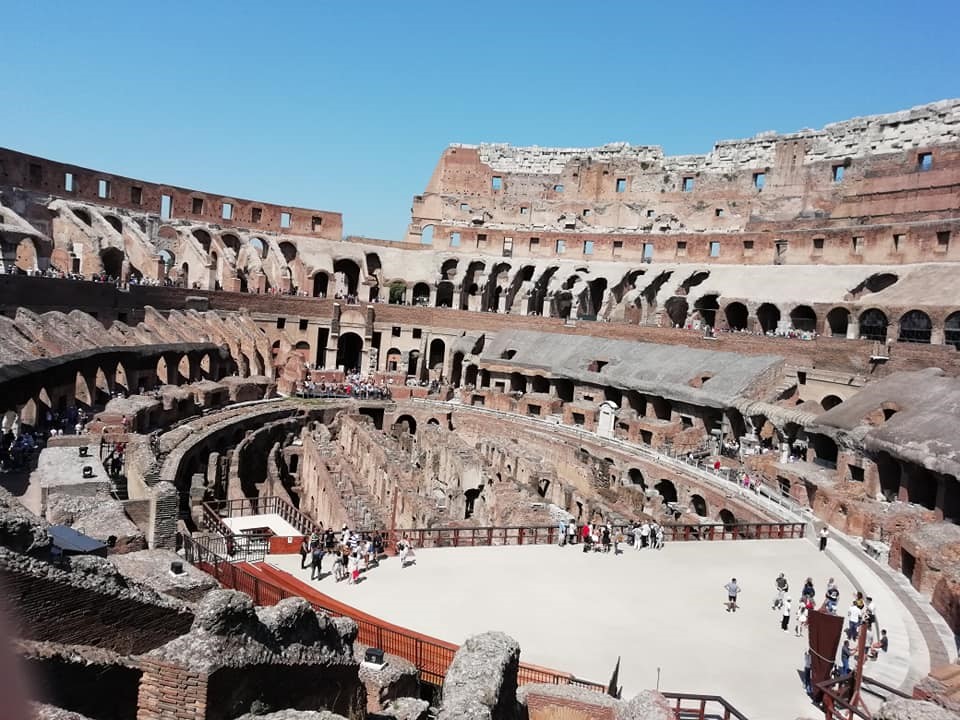 Contrary to popular belief, the streets of Rome are not as polluted as one may think! From my experience, it is a very relaxing city if you take your time enjoying the scenery. The Roman people seem to take tremendous pride in their city and treat tourists well. I will say, that outside the main tourist attractions, such as the Colosseum and the Vatican, there is a lot of commotion, and I found it is just best to keep to yourself and freestyle it. Of course, last but not least, Rome is a gastronomical heaven. The pizza slices are what we lived off over there. I’m yet to meet someone who does not love Italian food. I think I'll be returning for the sole purpose of the food. Delizioso! 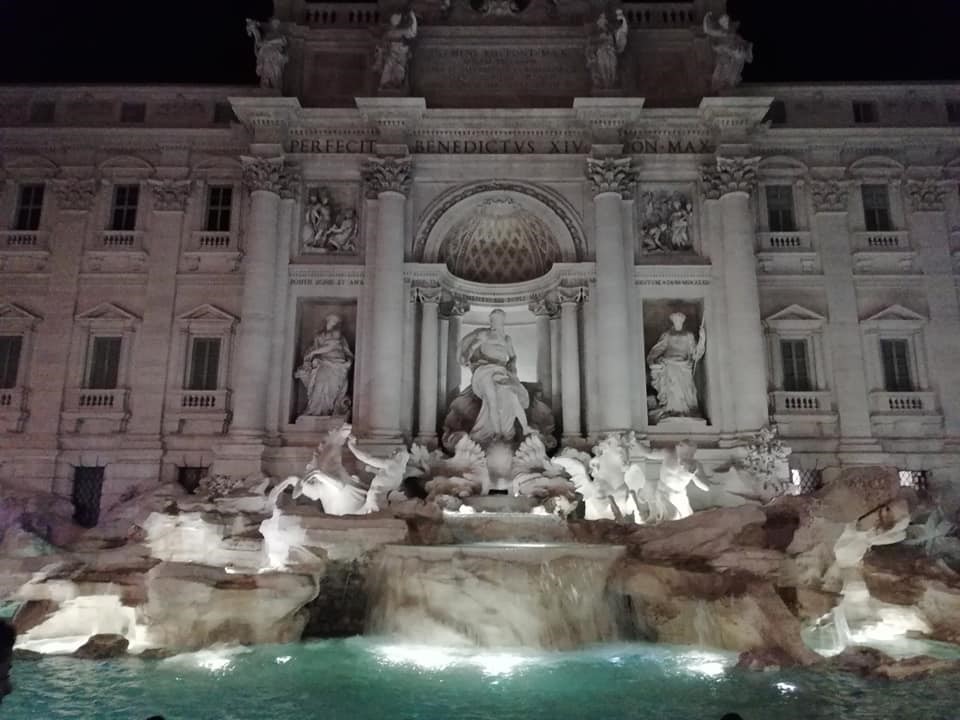 Our final part of the trip was Venice. We got a bullet train from Rome to Venice which took three hours or so. The train was extremely comfortable, and the time flew by. Venice is extremely confusing as there are hundreds of little streets that all look the same, like a maze. We saved our location on google maps and ensured our phones were fully charged before leaving the hotel each morning. 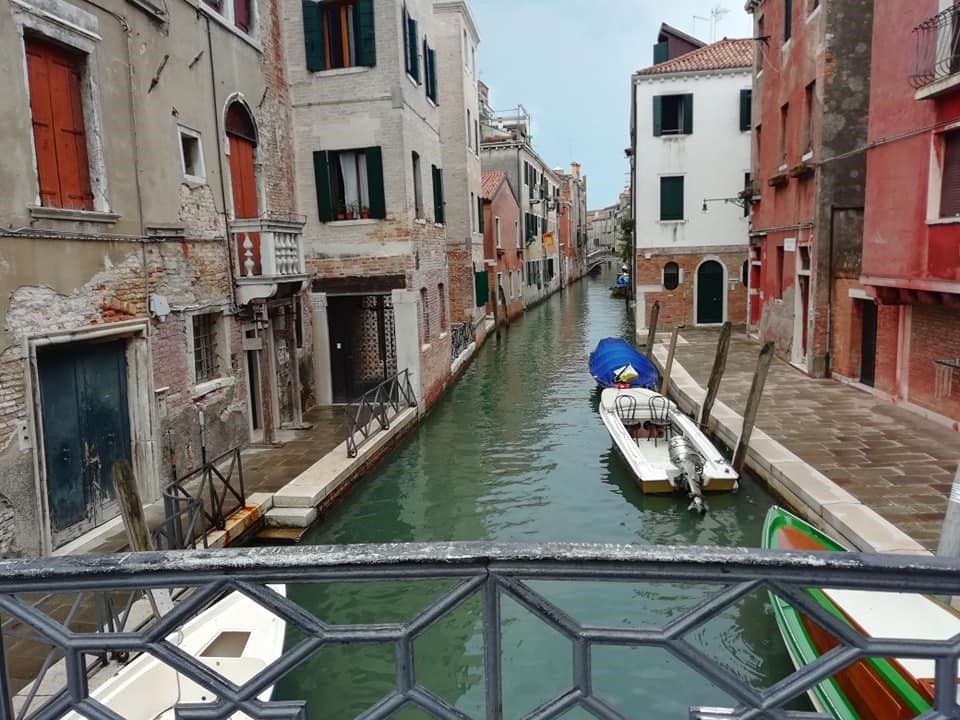 Two days does not seem like much but was plenty for Venice. We visited all of the main tourist attractions; Café Florians, The tower on St Mark's Square, Doges Palace (which was incredible), and the National History Museum. We also rented a gondola, which was expensive but worth it.

Overall the trip wasn’t as costly as I thought it would be and I would definitely do it all again in that exact order. Italy is a beautiful country with so much to see and I can't wait to go back.

Click to read part 1 of Cara's blog, all about her holiday in Malta. Ryanair will begin flying direct from Cork to Malta in March 2019. Click to visit our Malta webpage.