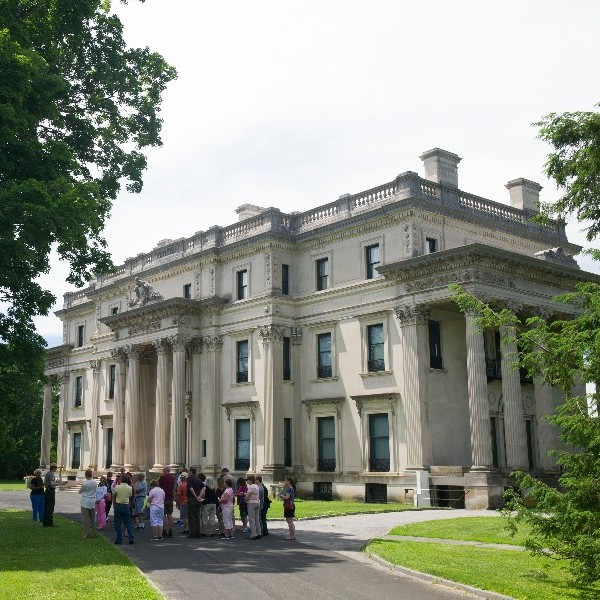 I think it is fair to say that when I thought of New York, I only imagined New York City and within even New York City only Manhattan, so I can easily say that this trip really opened my eyes to what NY State has to offer.

Here's what I experienced during my very packed itinerary:

Our base for the trip was Syracuse, approximately four hours outside New York City and surrounded by pretty countryside. Here we started our tour of Madison & Oneida counties. We visited the Stone Quarry Hill Art Park. This park allows local artists to showcase their work. With the sun beating down, the various pieces of art shone with the stunning countryside surrounding it. One of my favourite pieces was a piece that shows was tree carved with cubes in it called ‘33’. 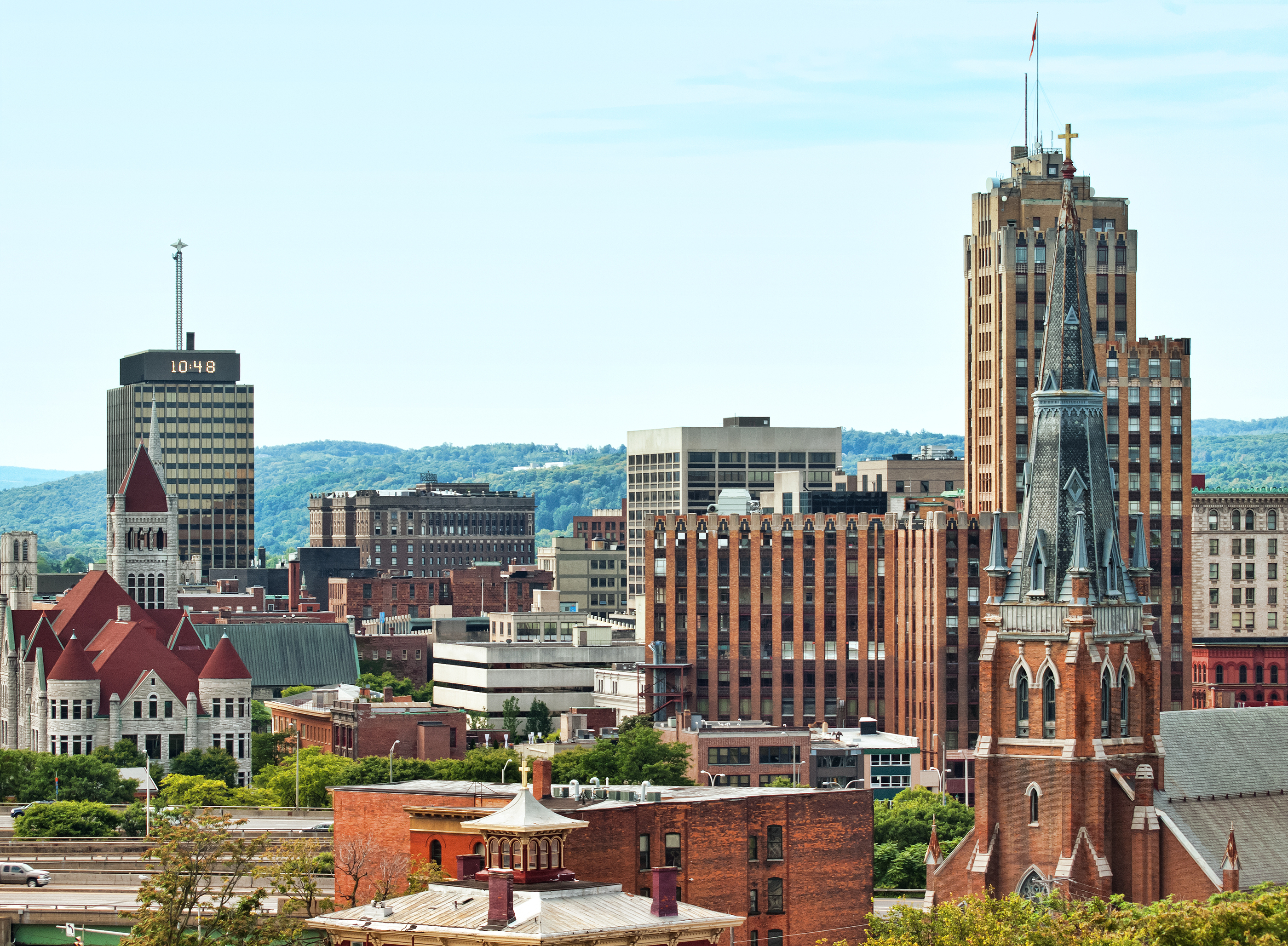 From the Stone Quarry we travelled through small little towns and villages that reminded me of ‘Cabot Cove’ from ‘Murder She Wrote’. We landed in Hamilton, a quaint little town which houses the Colgate University and Colgate Inn. We were a little dismayed to find out that they were not related to the Colgate toothpaste family! However, the inn is very quaint and we enjoyed a lovely lunch here.

Fort Stanwix National Monument is a reconstructed fort on the site of the French and Indian War and Revolutionary War installations. Six Native American treaties were signed at this historic site. The fort hosts a variety of events year-round, including seasonal re-enactments and demonstrations. Admission is free and guests can explore both the fort and the interpretive museum on site.

From the National Monument we travelled onto Turning Stone Resort & Casino. The resort is listed as one of the top ten casinos in the world. It also boasts three championship golf courses. One of the girls travelling with our group had a gamble on the roulette wheel and won $175! 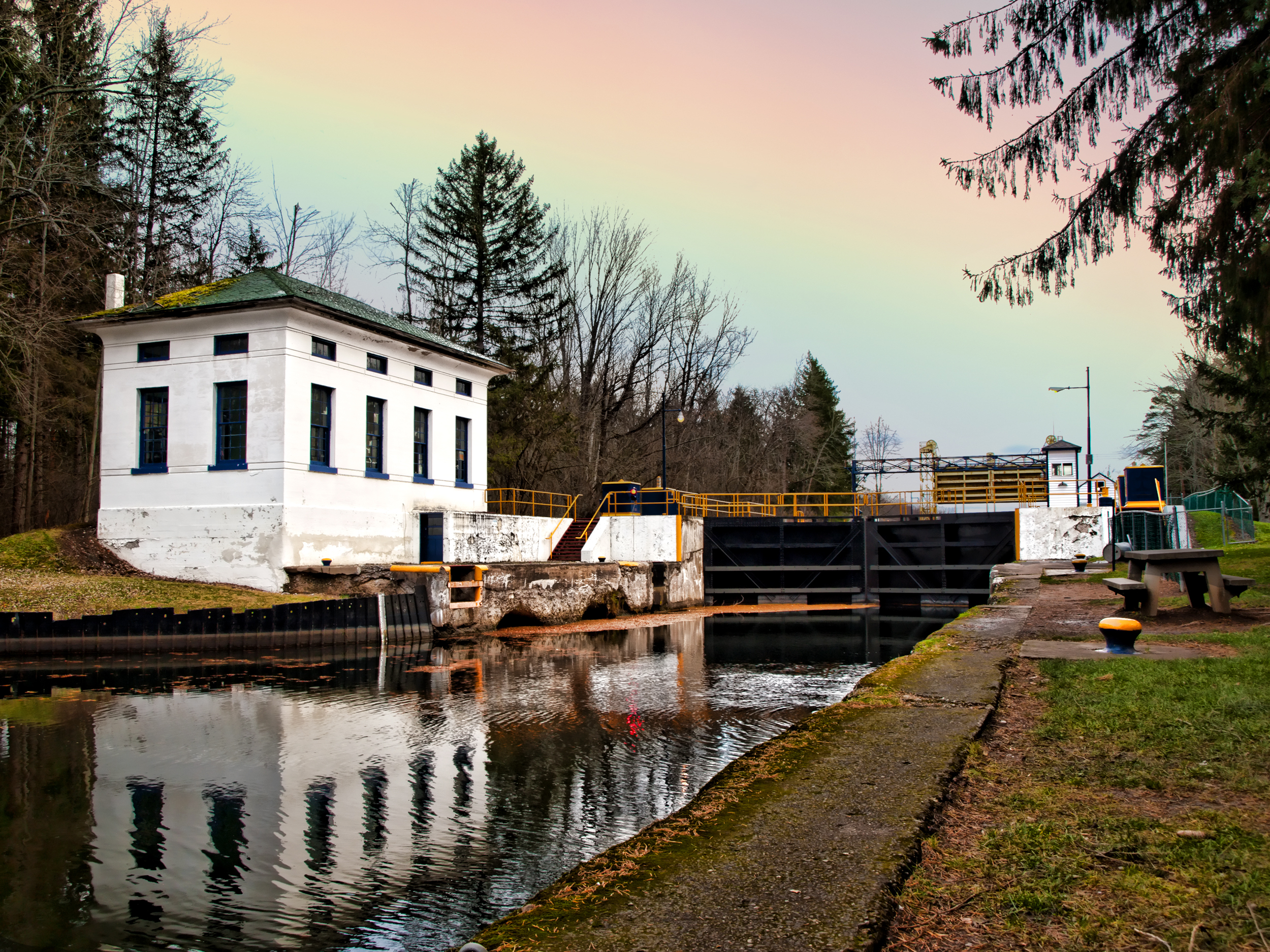 Bright and early the next morning, we were off again. This time we visited the Erie Canal. The canal was built by mostly Irish labourers and stretches all the way from Albany on the Hudson River all the way to Buffalo on Lake Erie.

We visited the Erie Canal Cruise company and although we did not ‘set sail’ we were told of its history of the company and the ships and locks that they navigate during the spring and summer. Syracuse and Erie Canal are part of the Nine Days In New York State itinerary, which also includes Buffalo and the scenic Hudson River.

The beautiful Otsego County area reminded me of the Lakes of Killarney with beautiful lakes and stunning scenery. We visited the Fly Creek Cider Mill & Orchard and were able to sample the delicious local cider and farm produce. For lunch that day we were dined at the Otesaga Resort Hotel. Set against the stunning Otesaga Lake, the food was plentiful and delicious.

One of the trip highlights was the National Baseball Hall Of Fame and Museum, where we were enjoyed a VIP tour of the museum. This was followed by a visit to Hyde Hall, a neoclassical country mansion which was the home of five generations of the Clarke Family. This beautiful house was listed as a National Historic Landmark in 1986.

On our last day, we did a guided bus tour of Syracuse. Sitting on Clinton Square, the Syracuse Savings Bank Building was the tallest building in the city when built in 1875. It was also noted for having the first elevator in Syracuse- a sight which used to draw visitors to the square. 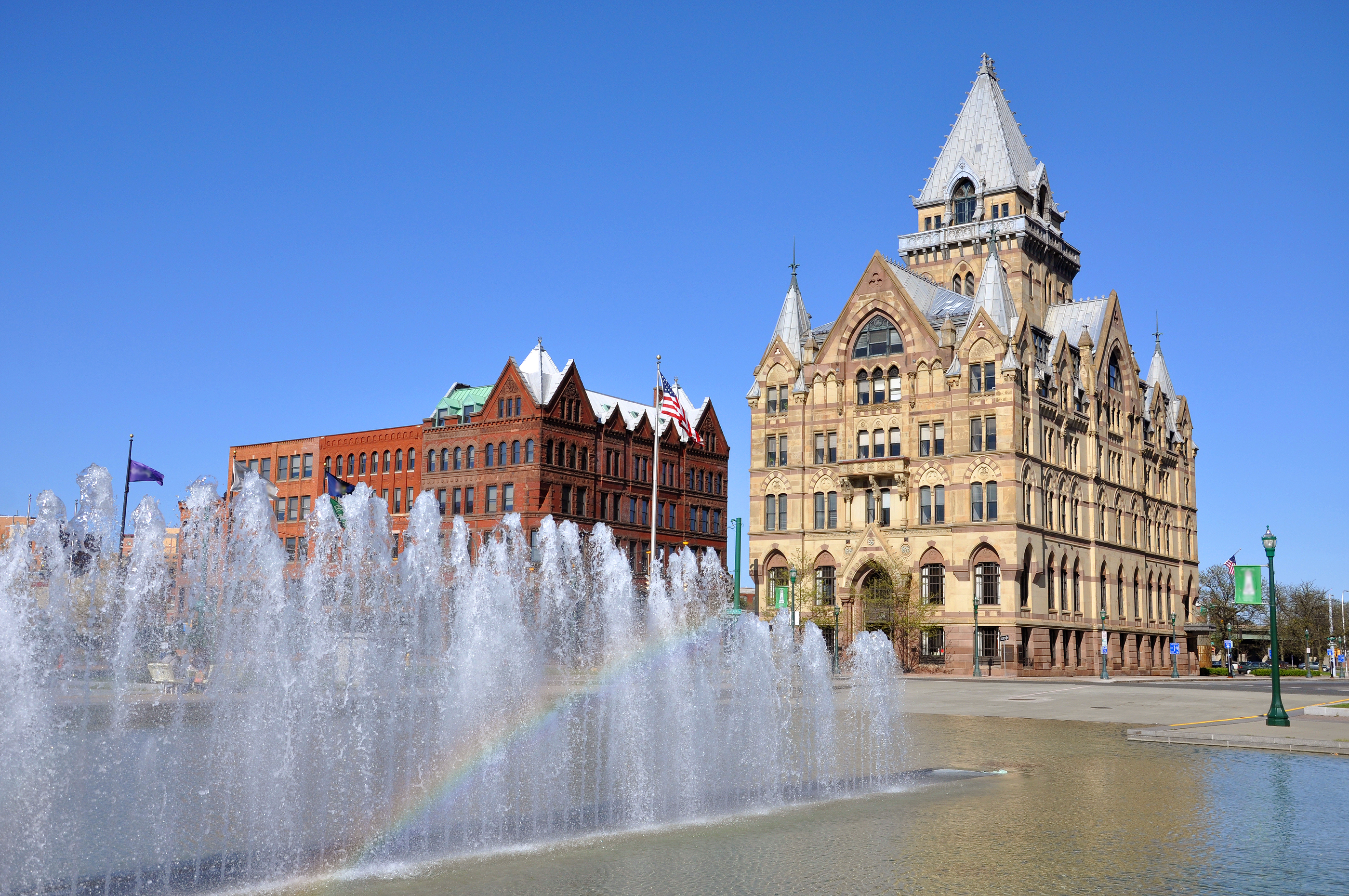 The bus tour included travelling through ‘Tipp Hill’, a mainly Irish section of the city. This is the only location in North America which boasts a traffic light with a green light on top and a red light at the bottom. According to urban legend, when the traffic light was originally introduced in 1925, it was broken continuously by the local Irish immigrants, who refused to allow the British ‘Red’ appear over the Irish ‘Green’. In 1928, the city relented and changed the lights to ensure that the green light remained at the top.

We travelled to the Skä•noñh Great Law Of Peace Centre. This heritage site showcases information on the local Native American tribes, their history and the tradition of Longhouse governing practices which are still in place today. Skä•noñh is an Onondaga greeting which means “peace and wellness”.

A popular Hudson Valley attraction are the Roosevelt-Vanderbilt National Historic Sites. The Home of Franklin D. Roosevelt sits on the banks of the Hudson River. The Springwood Estate is the birthplace of the 32nd president of the United States and also where he is laid to rest. FDR is the only U.S. President elected to four terms.

The guided tour of his home includes admission to the interactive FDR Presidential Library & Museum, America’s first presidential library and the only one used by a sitting president. The opulent Gilded Age Vanderbilt Mansion and Eleanor Roosevelt’s home are both located only minutes away.

I was blown away by how much there was to see and do in New York State, and wished we had more time there. I'll definitely be back!

Norwegian Air flies from Shannon to New York Stewart International Airport. From there, it's about an hour's drive to the Roosevelt-Vanderbilt National Historic sites and Old Rhinebeck Aerodrome, and from there only a 3 hours drive to the city of Syracuse.