Depart From
Fly from Dublin, Tour starts from Istanbul, Turkey
Departure Date
Regular departures throughout the year
Duration
10 Days
Destination
Turkey
Price
From €5900 for a family of four

Fly from Dublin and explore small towns, large cities and rugged terrain on this family adventure through Turkey’s delights.

Join this family adventure through Turkey and witness some of the most incredible archaeological and natural sights in the world. Spend 10 days exploring small towns, large cities and rugged terrain. Begin in the bustle of Istanbul, bike though towns carved into soft volcanic rock in Goreme and walk in a pool built for Cleopatra in Pamukkale on this journey through Turkey’s diverse landscape.

Welcome to Turkey! This family adventure kicks off in Istanbul, the continent-straddling metropolis that the Greeks, Romans, Byzantines, and Ottomans have all called home. Your trip officially kicks off with a welcome meeting at 1 pm. Please make sure you have your next of kin and insurance information to hand over to your leader at the meeting. Following the formalities and introductions, get acquainted with the streets of Istanbul on an orientation tour of the city.

Rise and shine for an early, one-hour flight to Goreme, the heart of Cappadocia. Located among the rock-formed cones, needles and columns that define the landscape, Goreme itself is a city built into the soft volcanic rock. Hillside has been carved and hollowed to make dwellings and churches, resulting in a city that can truly be called magical. Settle into your hotel then get your hands dirty in a pottery class with a local master. Make some traditional ceramics and then enjoy a free afternoon to explore Goreme.

When night falls, head to a cooking class in one of the city's distinctive homes with a local family. Spend three hours cooking with organic, local produce in this hands-on class, including the opportunity to explore the house and garden.

Photographs of hot air balloons soaring over strange rock formations in golden light are what most people associate with the Cappadocia region. While this activity is not included in the trip price, it is highly recommended. Those who choose to fly this morning will have the unique experience of seeing Cappadocia from above and below, as an underground city tour is planned for later this morning. Explore the caverns and tunnels of Kaymakli Underground City, located about 20 minutes away. It was built during between the 9th and 10th centuries as a defensive mechanism. Spend a few hours wandering this eight-storey marvel.

Later, head to the surface and explore the region's valleys with pedal power on a bike ride through pink-tinged Rose Valley and the mushroom shaped rocks of Love Valley. Stop to check out the small village of Cavusin, where dwellings are built into the rock face. Climb to the top of the village to the 5th-century Church of St John the Baptist and admire the views, before returning to Goreme. The ride will cover 20 kilometres, and sometimes it will be necessary to push your bike along gravel trails. An experienced guide will accompany and offer instructions, and this ride is completed at an easy pace. However, a moderate level of fitness is required for today’s activity. Those who do not wish to ride can opt for a free afternoon to explore Goreme further or an afternoon by the pool.

Special Information: Those who are interested in the optional hot air balloon ride will need to speak to the leader on Day 1 of the trip. The cost of this activity varies depending on what type of flight you choose.

Enjoy a last morning in Goreme and prepare for a long day of travel. Board a public bus to Konya (3 hours). The diversity of the scenery will keep you entertained. Konya is the perfect opportunity to see a traditional Turkish city where mainstream tourism is yet to arrive. While here, you may wish to visit the original Tekke of Mevlana, which holds many dervish religious relics and is also the final resting place for Celaleddin Rumi, the revered Sufi mystic. You will also have access to a hotel room to freshen up and relax before boarding an overnight train after dinner.

Arrive in Izmir at around 7 am and transfer by private minivan to Selcuk, arriving at about 8 am. Grab some breakfast and enjoy some free time to explore as much or as little as you like. From Selcuk you can choose to visit the nearby ruins of Ephesus, former capital of the Byzantine Empire and the best-preserved ancient city in Turkey. Selcuk itself is also rich in culture and natural wonder. On the slopes of Ayasoluk Hill lie several historic buildings – you’ll see the Isa Bey Mosque, a beautiful example of Seljuk Turkish architecture, and the imposing Byzantine citadel of the Grand Fortress. Just below the fortress are the ruins of the Basilica of St John, built by Justinian I in the 6th century. According to Christian tradition, St John came to Ephesus with the Virgin Mary from Jerusalem, and lived here until his death sometime around AD 100, and the basilica stands over his believed burial site.

Board a train and travel inland through the mountains, heading towards one of Turkey's most photographed sites, Pamukkale (around 3.5 hours). See the impossibly blue, natural terrace baths, formed by calcium-rich springs and used as spas since 200 BC. Though you’re not allowed to bathe in the travertines, you can walk through them after removing your shoes and see for yourself if the pools alleged healing properties are for real.

Take some time to visit the nearby ancient city of Hierapolis and enjoy a dip in the clear waters of a historical pool – sculpted as a gift from Marc Antony to Cleopatra. Hierapolis is known for an abundance of temples and religious structures, vast necropolis and strange tombs. You will have most of the day free to relax, swim or explore before a visit to the Pamukkale National Park. Gaze at lakes that lie beneath hills so white they look snow-covered.

Make the four-hour drive to the picturesque village of Kas, where whitewashed buildings covered in bougainvillea line cobbled streets. Check in, take a guided orientation walk and then explore at your leisure. The best places in town to swim are the waterfront restaurants that have private water access. The price of an occasional drink will get you a deck chair, umbrella and unbeatable views. In the evening watch the sunset over the ocean from the ancient amphitheatre, then perhaps explore the handicraft markets, where beautiful handmade wares with a distinctly Turkish flavour are on offer.

Drive to Kekova this morning and board a local boat for a relaxing cruise through a series of peaceful and picturesque islands, all with distinctive rock formations. Keep an eye out for an otherworldly sight – ancient ruins submerged in the crystal-clear water. Sail from large bays to beautiful protected inlets, where there is the chance to take a refreshing dip off the boat.

Enjoy a homemade Turkish meal onboard prepared by the crew and later alight at the quaint village of Ucagiz, a township of stone houses drenched in colourful flowers. Return to Kas for the evening, where you will have free time to explore further or relax.

After breakfast, make the 3.5-hour drive to the airport. Board a flight to Istanbul, touching down about 1.5-hours later, in the afternoon. Settled in to the hotel and then partake in a marbling workshop. Learn how to create artwork using traditional materials such as earth dyes, horse hair and rose branch brushes. Learn about the history and art of marbling, learning how to hold the brush, how to throw the paint and how to achieve the best results. Later, head out for an optional final dinner with your fellow family travellers.

There are no activities planned for the final day and you are able to depart the accommodation at any time following check out. If you would like to stay longer in Istanbul there is plenty to do with your family. See the European and Asian sides of the city and stock up on goodies from both on an afternoon food tour with Urban Adventures. Learn more at urbanadventures.com/istanbul-tour-Picnic-On-Two-Continents.

Price is based on 2 adults & 2 children under 12 sharing and includes: 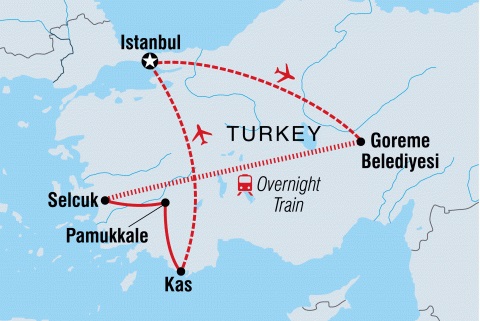 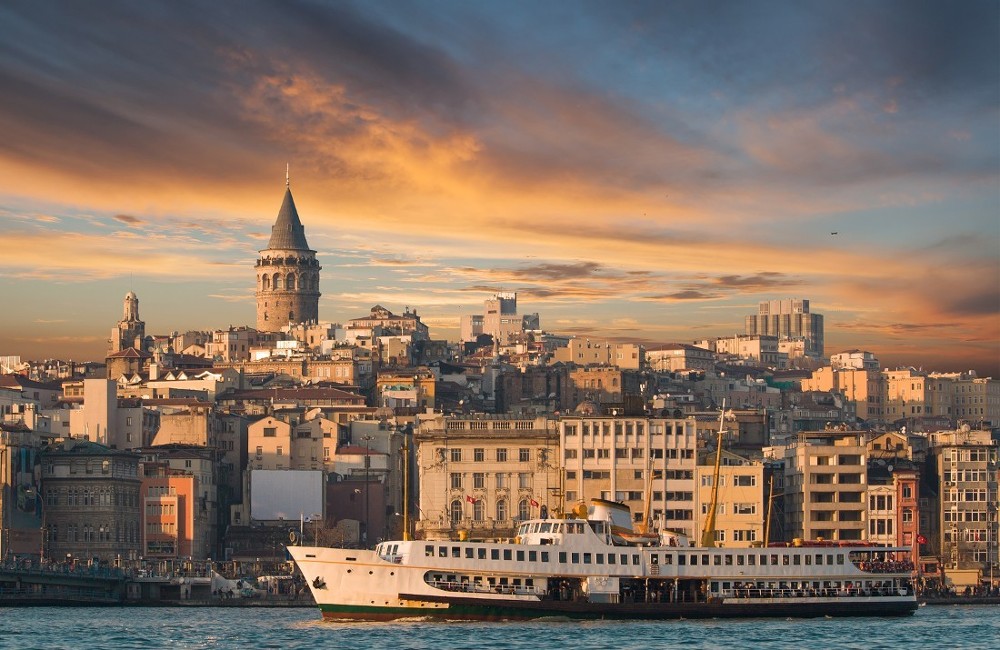 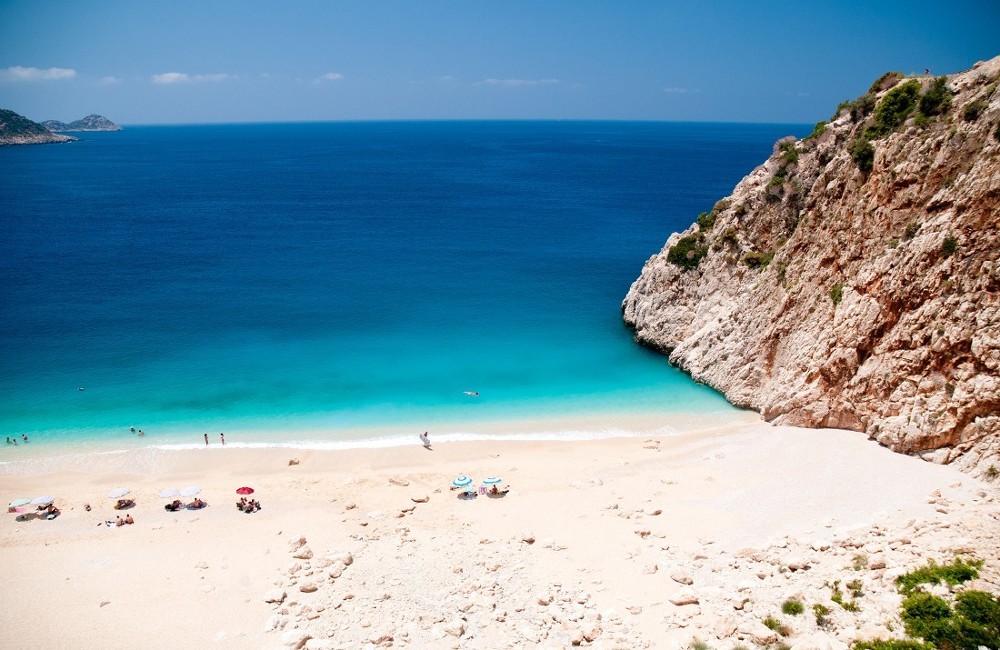 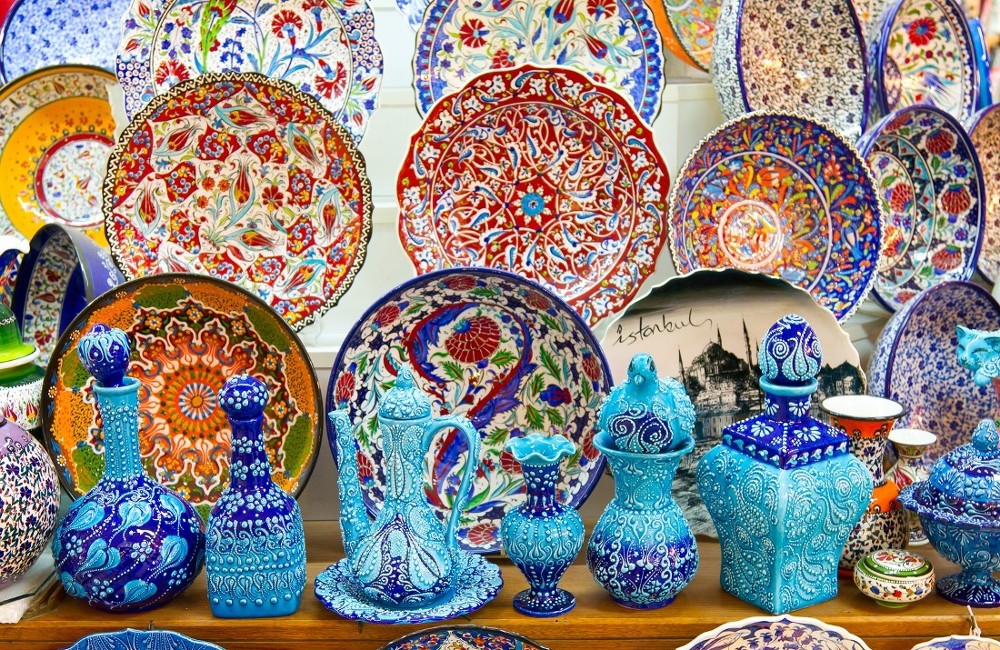 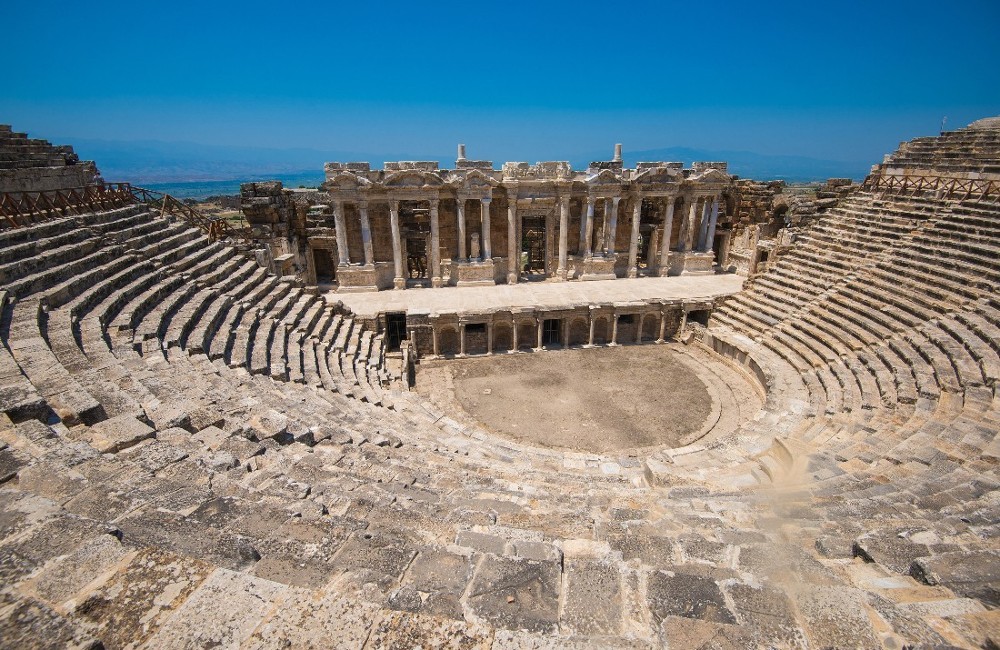 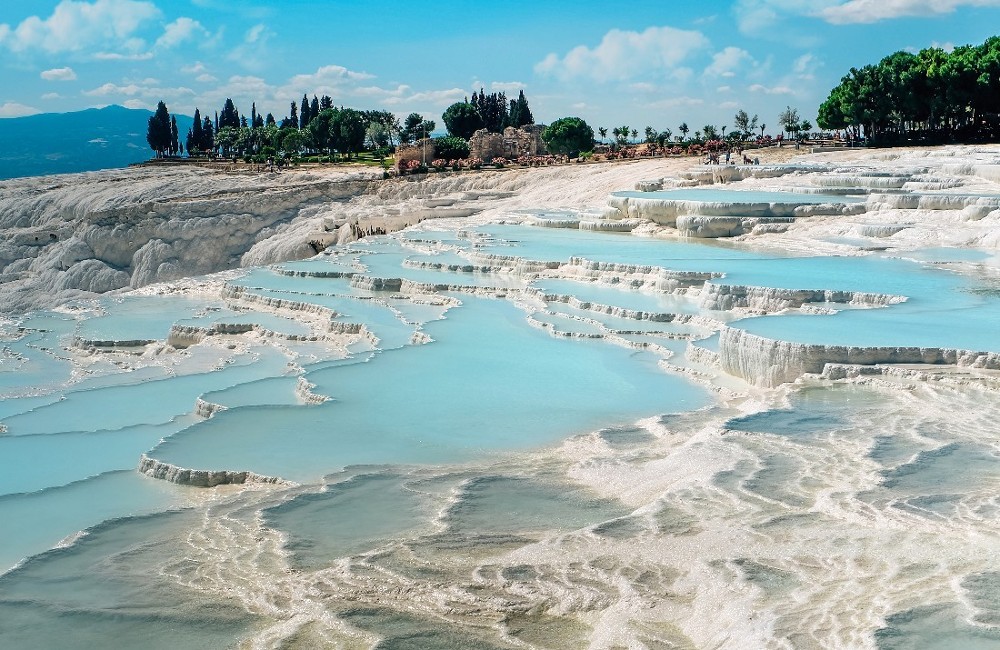