We are currently unavailable by phone as staff are working remotely. If you wish to contact us please email the revelavent offices as we are checking email address daily and a staff member will respond to you in due course.

The Goldenday Wings hotel is located in Turkey's beach resort town of Kusadasi, across from the marina.

This air-conditioned hotel is one of the premier hotels in Kusadasi, offering exhilarating views of the coastline from all of its spacious rooms, amazing poolside facilities and around-the-clock friendly service.

Guests are welcomed in a lobby with 24-hour reception and check-out services, a hotel safe, currency exchange facilities, a cloakroom and lift access. They may also make use of the WLAN Internet access (fees apply), a car park, and room and laundry services (fees apply to both).

All of the hotel's stylish rooms feature large balconies allowing guests to enjoy picturesque views of the seafront and the gorgeous sunsets. All the rooms have satellite TV and a small refrigerator for convenience.

A double bed, an en suite bathroom with bathtub and hairdryer, a direct dial telephone and an in-room safe also feature in all guest rooms as standard. The hotel offers daytime entertainment and evening shows in the high season.

The beach, shops and nightlife venues are a 10-minute walk away from the hotel.

Things To Do Near Kusadasi

A magical and spectacular natural site, unique in the world, Pamukkale is a fairyland of dazzling white, petrified castles. Thermal spring waters laden with calcareous salts running off the plateau's edge have created this fantastic formation of stalactites, cataracts and basins.

The hot springs have been used since Roman times for their therapeutic powers. Both the thermal center with its motels and thermal pools and the ruins of the ancient city of Hierapolis, are situated on the plateau.

Enjoy this full day jeep safari excursion around the picturesque areas at the base of the Taurus mountain range.

The tour continues into the mountains behind Side. See the magnificent views, visit houses that are over a century old, taste some delicious food, visit the lake and the refreshing baths of the Taurus Mountains. Water battles occur between various jeeps en route, so be prepared!

Bergama (Pergamum) was once a great centre of culture and survives as one of Turkey's finest archaeological sites. In the Acropolis, on a hill above the modern town, are the remains of the celebrated library, a steep and impressive theatre, the temples of Trojan and Dionysus, and the monumental altar of Zeus, the Demeter a gymnasium laid out on three terraces and the Agora.

In town, is the site of a temple dedicated to Serapis, becoming one of the Seven Churches of the Apocalypse and subsequently converted by the Byzantines into a basilica. The Asclepion located to the southwest of the lover city, was a sanctuary dedicated to the god of health, Asclepois.

The Turkish bath experience is one not to be missed while you are in Turkey. You can easily fit one in before a night on the town or after a day on the beach. You can relax in the Hamam (Turkish word for the baths) and swill yourself with hot and cold water and then relax on the large heated slab in the middle while ridding your body of any impurities. Following that you will be scrubbed down with soap suds by a pair of expert hands.

Adaland is one of the ten best aqua parks in the world & the largest in Europe. There are many water slides to keep you entertained, a childrens pool and slides using theme of the Kremlin towers, Jacuzzi pool, wave pool, activity pool, ocean pool, lazy river, rafting river with a 1km run, jumping towers, trampolines and food to suit all tastes.

Included in your ticket is all day use of swimming pools, slides, deckchairs, umbrellas, sunbathing terraces & jumping towers. There is a wide range of food & beverage options in order to satisfy your inevitable hunger. You will want to try all our delicious meals ranging from hamburgers to gozleme Turkish specials.

Priene, was one of the most active ports of the Ionian Federation. Making the site of particular interest is the system of geometric city planning introduced in the 4th century BC by Hippodamos of Miletus. The theatre is the most interesting monument of Priene.

Miletos, like Priene was a great Ionian port and the native land of several philosophers and sages. Most of the monuments at the site are badly ruined except for the theatre and the baths of Faustina. The theatre is an impressive building reconstructed during the Roman Period leaning against the slope of a hill. Didyma, only possesses a single monument, but is nevertheless a marvellous site. The temple of Apollo was one of the most sacred places of antiquity, many times looted and burned. The sanctuary is still impressive and of elegant beauty. The Colossal Temple (measuring 180m by 60m) was surrounded by a portico of double colonnades.

A visit to Ephesus, once the commercial center of the ancient world, is a highlight of any visit to Turkey. The city, whose wealth and Patronage supported its splendid architectural program, was dedicated to the goddess Artemis. Each enormous temple, once Considered one of the seven wonders of the Ancient World and rebuilt several times, dates in its latest form from the third century BC.

The ruins also include a theater, gymnasium, agora and baths, as well as the Library of Celsus. It is recorded that St. John brought the Virgin Mary to Ephesus after the death of Jesus Christ and that she spent her last days in a small house built for her on Bulbuldagi (Mt. Koressos). Now a popular place of pilgrimage for Christians and Muslims the house has received the official sanction of the Vatican and Christians observe a commemoration ceremony every year on August 15th. 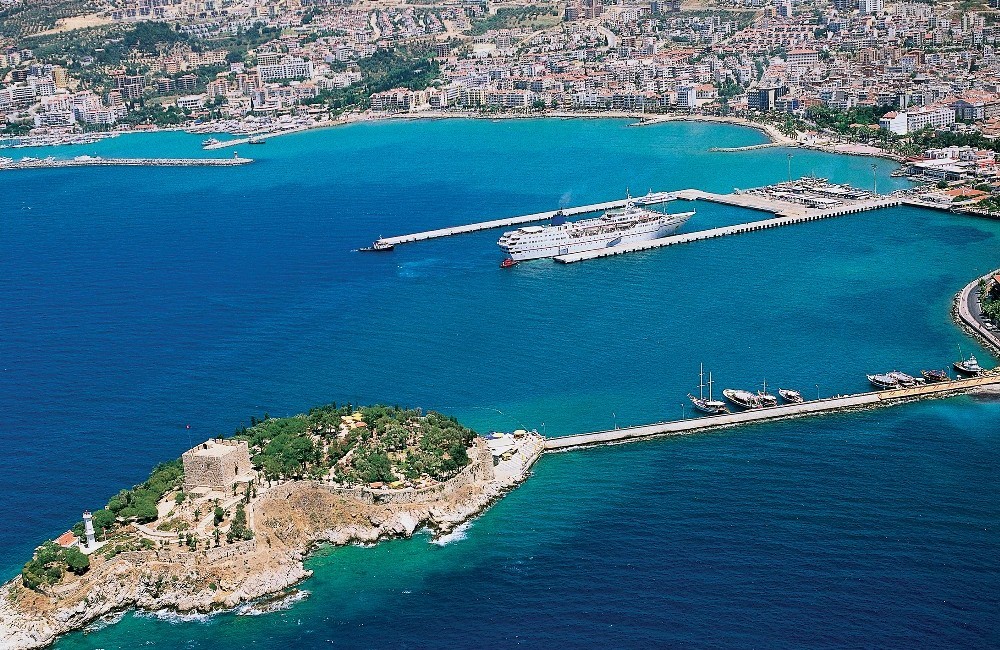 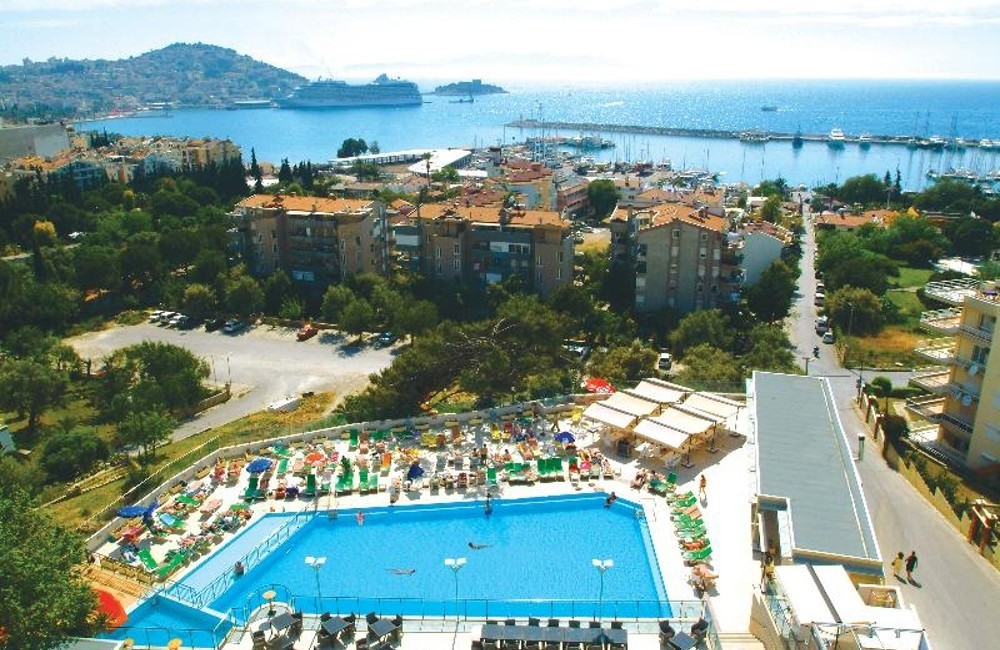 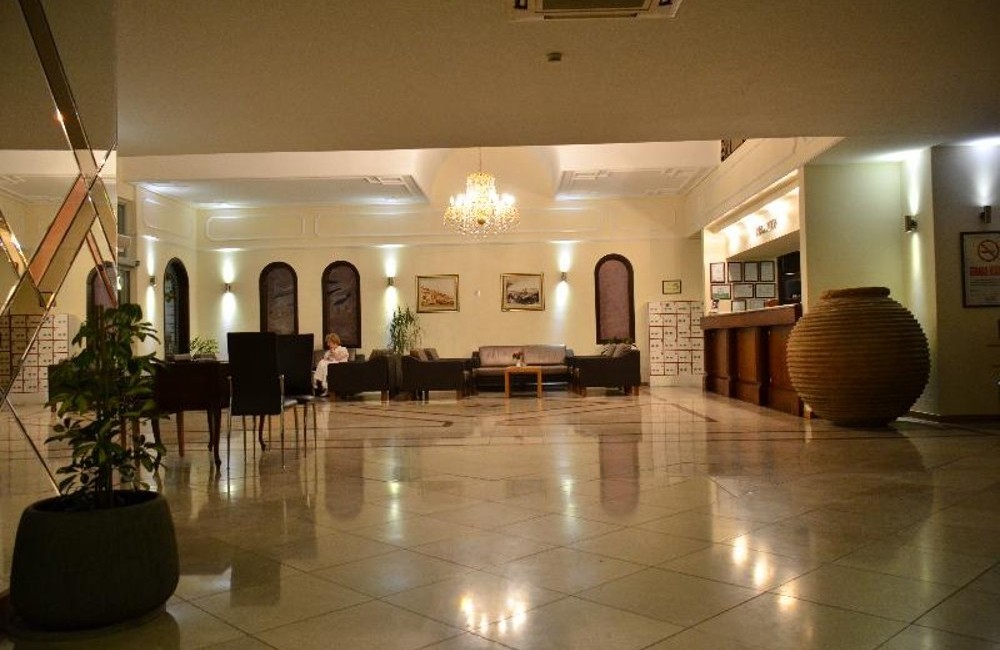