All our offices are open for business by phone and email and ready to give you quotations for your anticipated holiday or air fare to visit friends or relations. Your travel manager will give you updated information on travel requirements.

Fly from Dublin, Cork or Shannon to Sri Lanka and embark on a fantastic fifteen-day tour of this fascinating and vibrant country.

From spectacular scenery to amazing architecture, Sri Lanka is a tropical island paradise. Travel from the rich heritage of the Cultural Triangle through the wilds of Yala National Park to the beachside beauty of Galle. 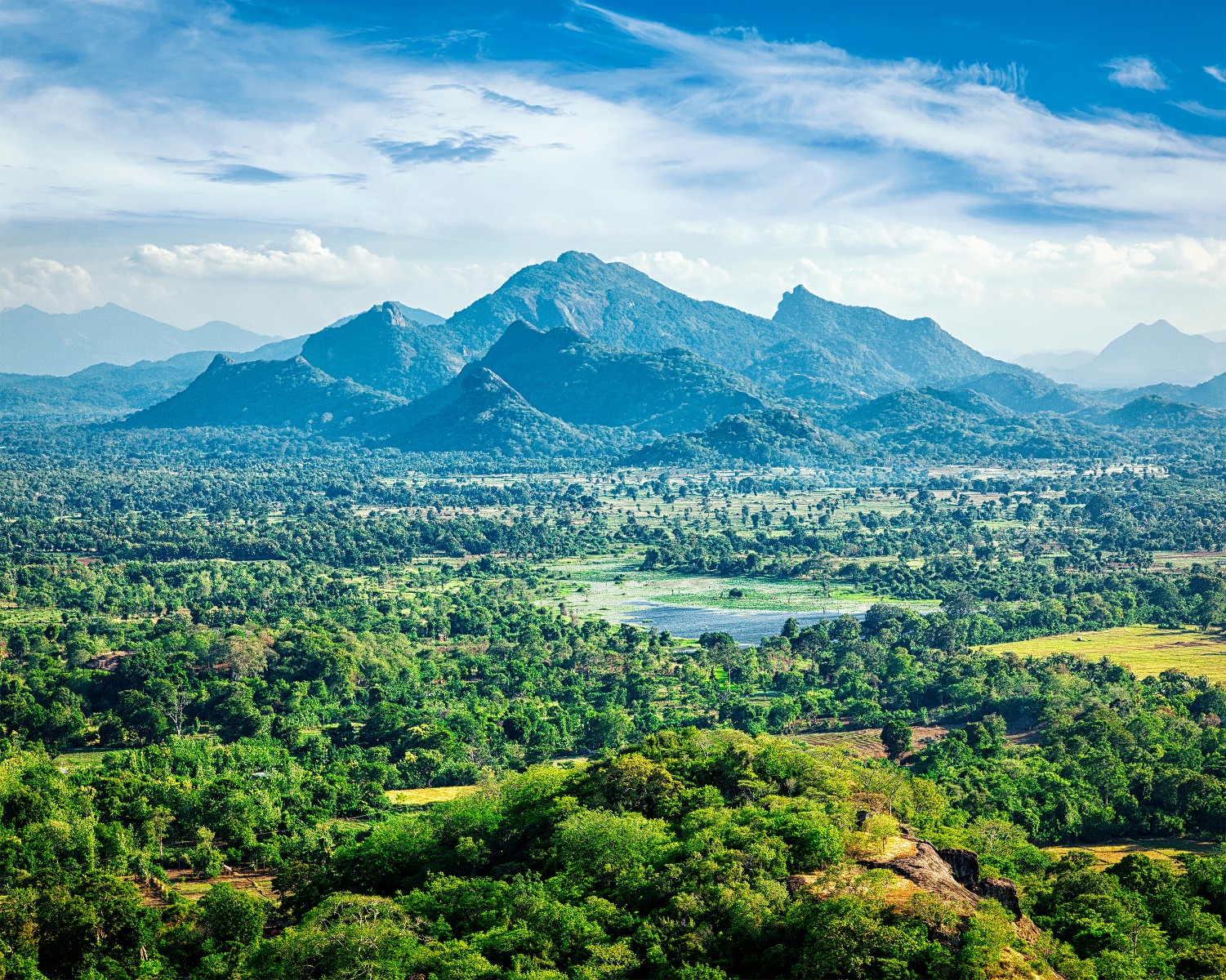 These tours are designed for those who wish to see the iconic sites and magnificent treasures of Sri Lanka on an excellent value group tour whilst travelling with like-minded people.

The tours are on a fully-inclusive basis so you’ll travel with the assurance that all your arrangements are taken care of. You will be accompanied by our dedicated and professional National Escort or local guides, whose unparalleled knowledge will turn your holiday into an unforgettable experience.

Is this tour right for you?

This tour is suitable for those who have a reasonable amount of time to travel and are interested in seeing the main cities and scenic areas of Sri Lanka. This tour incorporates travelling on land throughout which will give you beautiful scenes of the Sri Lankan countryside.

‘Highlights of Sri Lanka’ is a moderate tour. This means that the itinerary requires a good level of fitness.

Of course, our National Escort and local guides will always endeavour to provide the highest level of service and assistance; however, they cannot be expected to cater for customers who are unfit to complete the itinerary.

Fly overnight to Colombo. On arrival you will be met by your expert tour guide and transferred to your hotel in the coastal town of Negombo, a short drive from Colombo. The rest of the day is yours to explore.

Travel to the UNESCO World Heritage Site of Polonnaruwa, which was the former capital of Sri Lanka from the 11th to 13th Centuries and home to well preserved stupas, frescoes and statues.

We also visit the rock temples at Gal Vihara before returning to Sigiriya.

Travel to the World Heritage city of Anuradhapura, one of Sri Lanka's most celebrated ancient cities. Whilst here, visit the Sri Mada Bodhi Bo tree, over 2000 years old; the Brazen Palace; the Ruwanweliseya dagoba and the Samadhi Buddha statue.

Visit the Isurumuniya rock temple to visit its rock carvings dating back to the 3rd century BC.

Travel to the Buddhist city of Kandy visiting the Dambulla Rock Temple, which dates back to the 1st Century BC. Visit a spice garden and witness a cookery demonstration in Matale. Continue to Kandy.

Visit the Peradeniya Royal Botanical Gardens before continuing to the Temple of the Sacred Tooth Relic, one of the most sacred Buddhist sites in the world. We also explore the remains of the Royal Palace which is now the National Museum.

Later, witness a cultural dance show with dinner in the evening.

Depart Yala and drive to Ahungalla. On the way, stop and visit the Hummanaya Blow Hole, Mulkirigala Rock Temple and Dikwella Wewurukannala Temple. After lunch stop to view the stilt fisherman at Welligama. Upon arrival in Ahungalla, check into your hotel for a two night stay.

Drive to Galle for a tour of the city. Visit the UNESCO World Heritage Dutch Fort, Galle Lighthouse and Dutch Reformed Church. Also known as Galle Fort, the Dutch Fort is one of the best preserved examples of 17th Century colonial fortifications in the world. Return to Ahungalla in the evening.

Take the morning at leisure. After lunch, travel along the coastal road to Colombo.

City tour of Colombo starting with a visit to Fort District, which is the historic centre of the city. Continue to Pettah Market and visit the Dutch Church of Wolfendhall, Kelaniya Buddhist Temple, Davatagaha Mosque, Colombo Museum and the Natural History Museum.

The ancient city of Sigiriya lies at the 180m summit of the granite peak known as the ‘Lion’s Rock’. One of the most dramatic sites in Sri Lanka, it was declared a UNESCO World Heritage site in 1982.

Built by King Kashyapa, the rock fortress is also known as the ‘Lion Rock’ because a massive lion carved out of the rock once sat at the entrance to the palace. Today only the lion’s paws remain. On the summit are the foundations of the Royal Palace built for King Kashyapa, along with a pool, sunrise-facing throne constructed from solid rock and panoramic views of the town below. You will also see the three distinct landscaped gardens; the Water Gardens, Boulder Gardens and Terrace Gardens.

One of Sri Lanka’s most ancient cities. The city’s greatest treasures are its dagobas; domes enshrining sacred relics. The most notable is the Ruvanveliseya Dagoba, dating back to the 2nd century BC. Also visit the Jetavanaramaya, the largest dagoba in the world, and the Thuparamaya, said to contain the collarbone of Buddha, and the first dagoba built in Sri Lanka.

The most renowned Buddhist relic is the sacred Bo Tree. It is said that Emperor Asoka’s daughter brought to Anuradhapura a branch of this tree, under which Buddha is said to have gained enlightenment. Planted over 2,250 years ago, it is the oldest surviving historical tree in the world.

Dating back to the 1st century BC, the famous Dambulla Rock Temple is made up of five caves that have been converted into shrine rooms containing around 150 Buddha statues and colourful frescoes. In the first cave you will see the 14m statue of Buddha cut out of the rock. At the Buddha’s feet are Ananda, the most loyal disciple, as well as other seated Buddhas nearby. The second cave is the largest, also known as the Cave of the Great Kings, where there are 16 standing and 40 seated statues of Buddha. The frescoes on the ceiling depict scenes from Buddha’s life and important events from the country’s history. Inside the cave is a spring created from the drips from the ceiling, which is said to have healing powers and is used in sacred rituals.

Sri Lanka is famous for its spices, and today you will visit a spice garden where cinnamon, cardamom, pepper creepers and other spice trees are planted.

Kandy is situated 500m above sea level and is known for its culture and beauty. It is a sacred Buddhist city, famous for the Temple of the Sacred Tooth Relic, Dalada Maligawa. Each year the tooth relic is honoured in Esala Perahera, a religious parade with elephants, drummers and dancers performing in the streets.

Situated at 2,000m above sea level, Nuwara Eliya is the main hill station of Sri Lanka and is known as ‘Little England’, as it resembles an English country town. It is considered to be an excellent location for tea production due to the cool climate, which creates tea with a unique flavour.

During your visit you will observe the process of manufacturing tea, and learn how tea is graded. You will also have the opportunity to taste a cup of pure Ceylon tea.

The home cares for abandoned and orphaned baby elephants, providing them with food, shelter and medical care before they are released into the Udawalawe National Park.

The second largest of the six large blowholes in the world, located at the top of a fissured cliff about 20m above sea level. Mulkirigala Rock Temple - This cave temple contains Buddha figures surrounded by wall paintings depicting scenes from the life of Buddha.

One of the most remarkable Buddhist temples in Sri Lanka. The temple is dominated by the largest Buddha statue in the country, which stands at 160ft high.

Stop to view the iconic stilt fishermen of Sri Lanka. A tradition kept alive by only 500 families, the fishermen balances 2 metres above the water on a cross bar tied to a vertical pole, planted underwater. With one hand, they hold the stilt and the other their fishing rod. A truly remarkable sight!

A small coastal town located in the Galle district, Ahungalla is the perfect spot to relax and admire the sandy beaches. 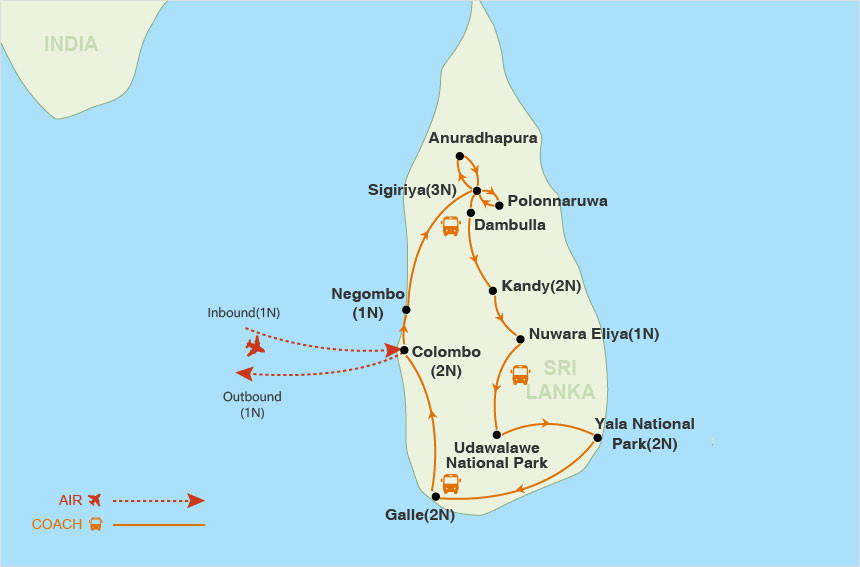 For more information on this luxury holiday, please get in touch: 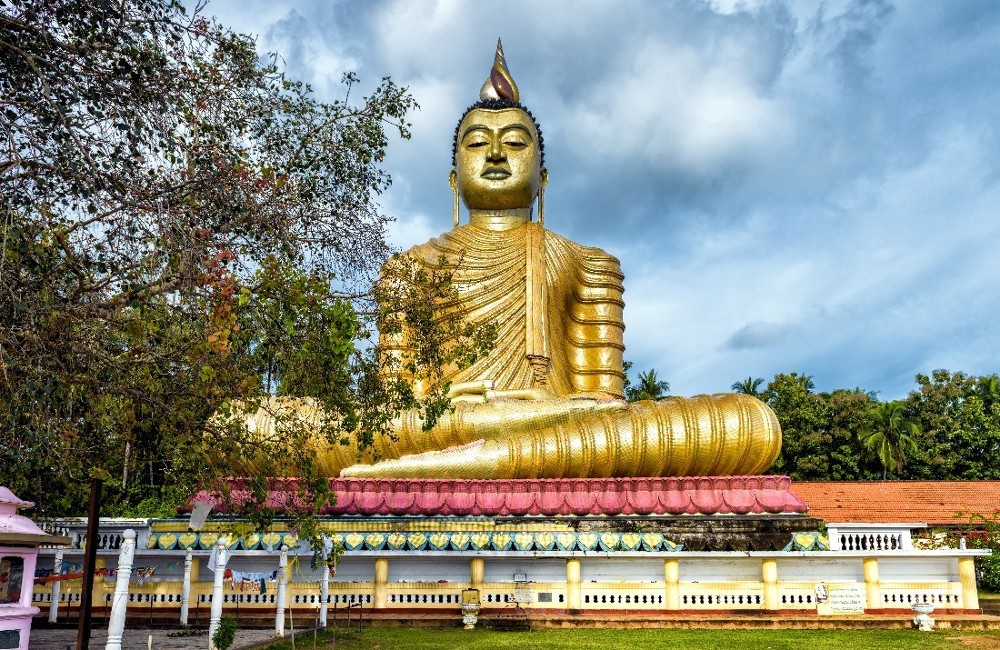 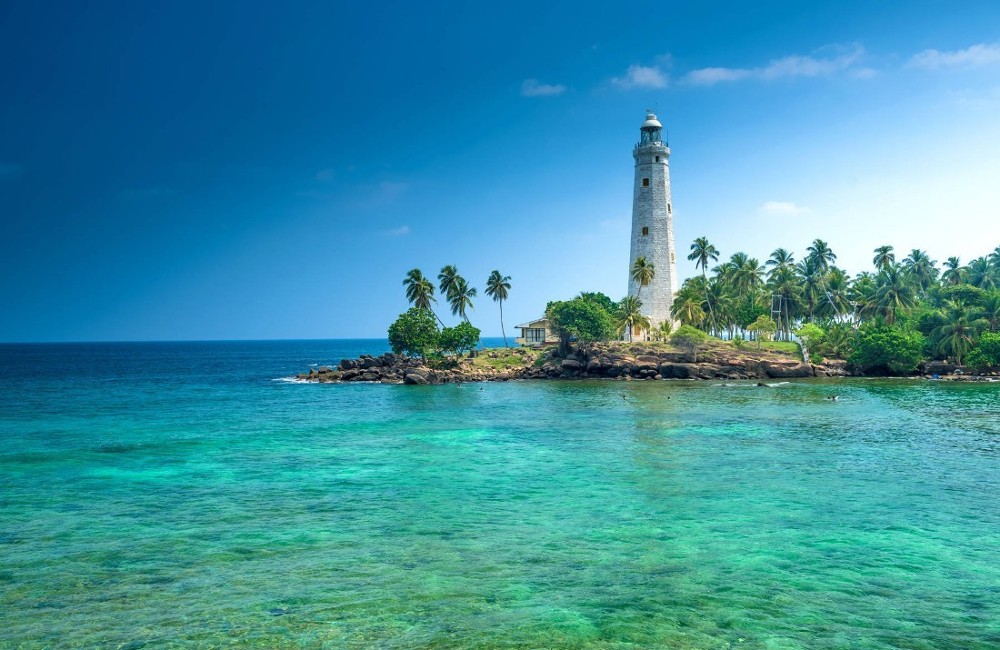 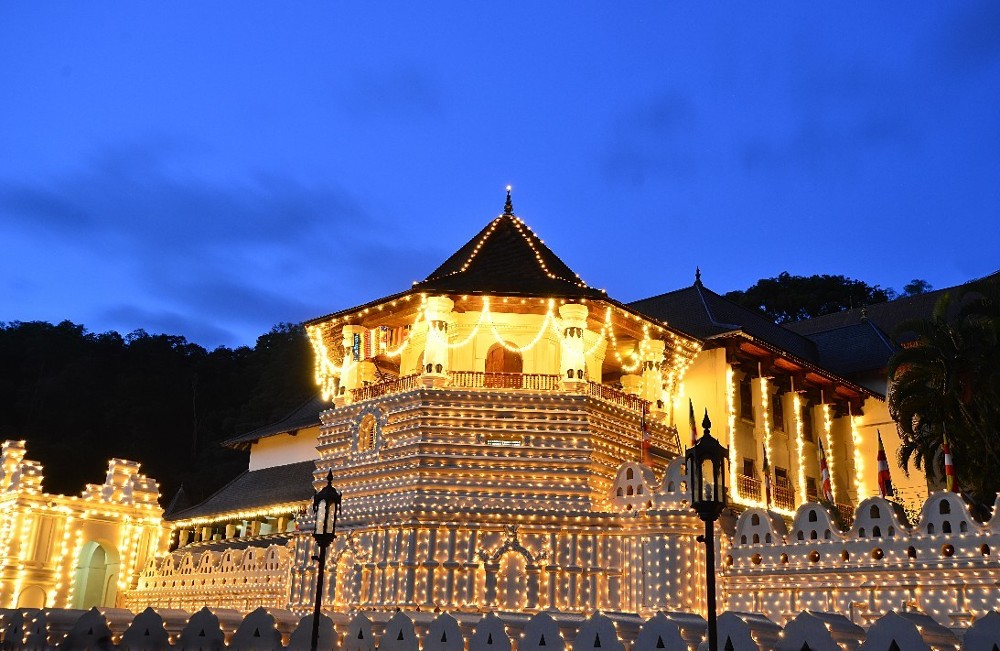 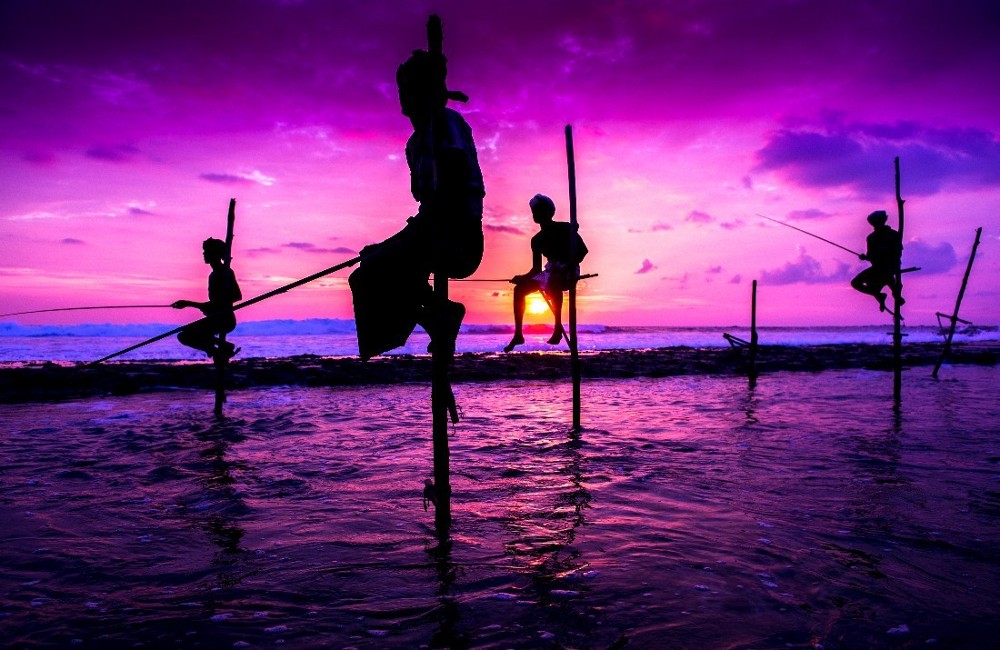 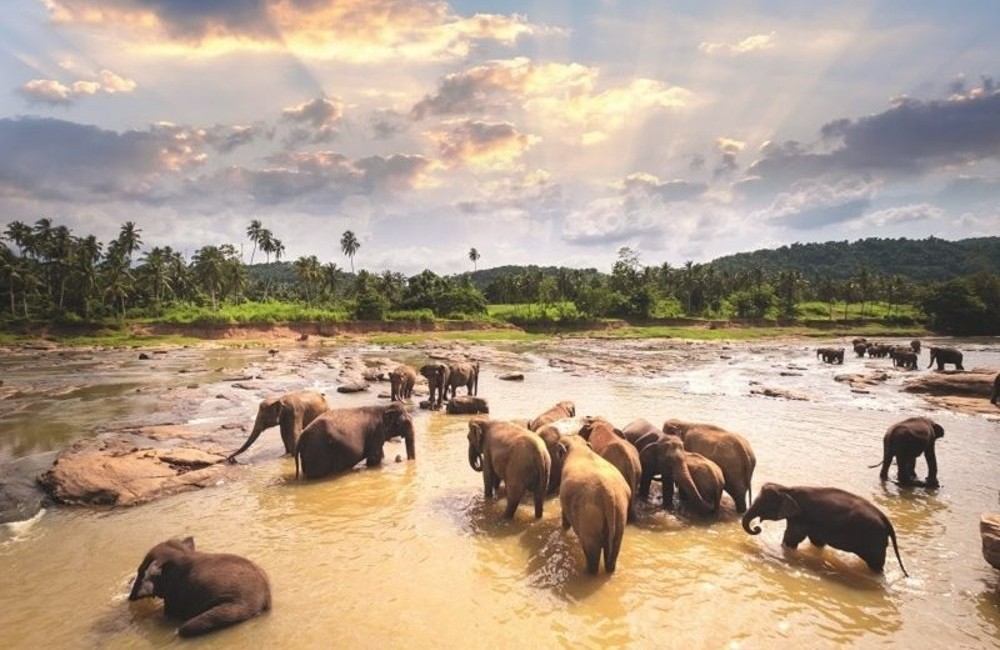 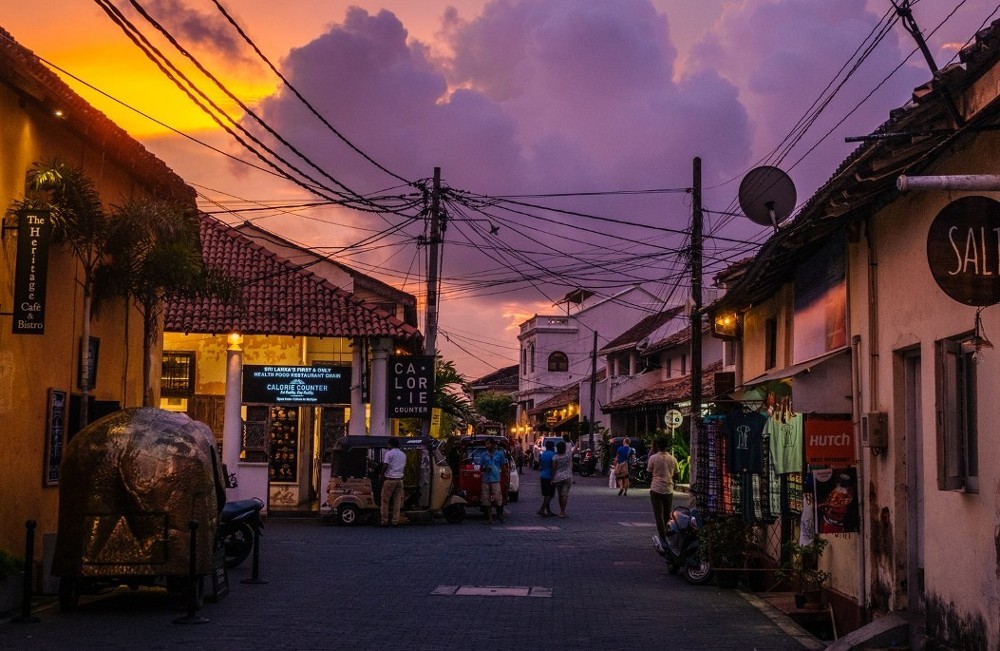 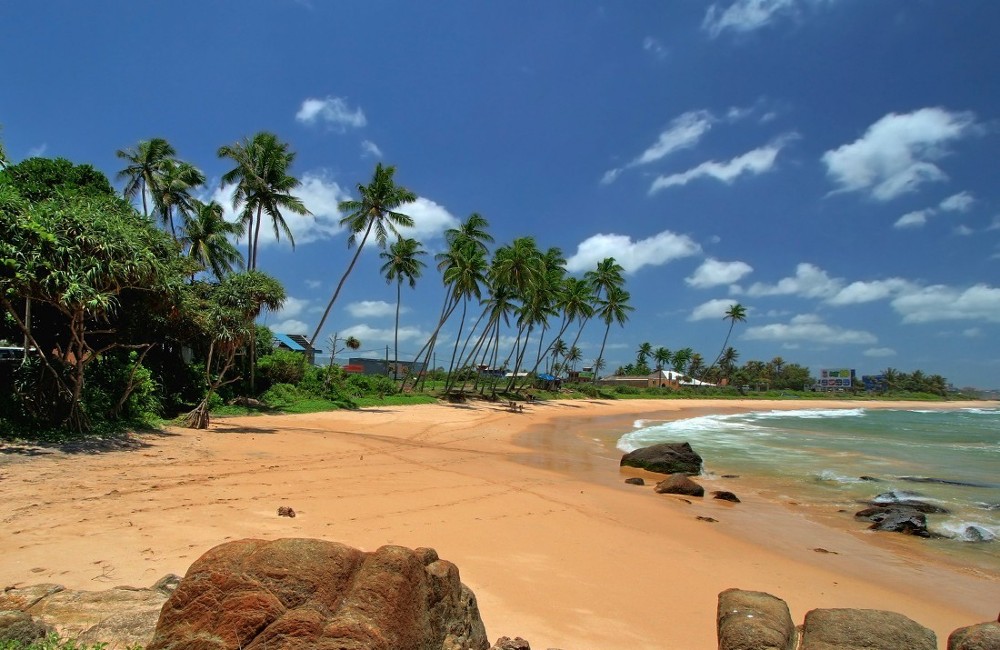