Board the MSC Grandiosa in Barcelona for a four night taster cruise to France, Italy and Spain.

Barcelona – Spain’s second city, and the self-confident capital and port of Catalunya – vibrates with life, and there’s certainly not another city in the country to touch it for sheer style, looks or energy. A holiday in Barcelona can start with the Ramblas, and then dive straight into the medieval nucleus of the city, the Barri Gòtic.

But there are plenty of other central old-town neighbourhoods to explore too, from La Ribera – home to the celebrated Museu Picasso – to funky El Raval, where cool bars, restaurants and boutiques have mushroomed in the wake of the striking contemporary art museum, MACBA.

Palma is a vibrant place and a world away from the heaving tourist enclaves of the surrounding bay.

Finding your way around Palma is fairly straightforward once you’re in the city centre. The obvious landmark to see in Palma on your cruise holiday is the Catedral, which dominates the Mediterranean Sea waterfront and backs onto the oldest part of the city, a cluster of alleys and narrow lanes whose northern and eastern limits are marked by the zigzag of avenues built beside – or in place of – the city walls.

Marseille is the most renowned and populated metropolitan area in the country after Paris and Lyon. Particularly good in the afternoon is the north (Le Panier) side, where the terraces are sunnier and the views better. The best view of the Vieux Port is from the Palais du Pharo, on the headland beyond Fort St-Nicolas, or, for a wider angle, from Notre-Dame-de-la-Garde, the city’s Second Empire landmark atop the La Garde hill.

Genoa is marvellously eclectic, vibrant and full of rough-edged style. Indeed “La Superba” (The Superb), as it was known at the height of its authority as a Mediterranean superpower, boasts more zest and intrigue than all the surrounding coastal resorts put together.

Cruise back to Barcelona where your cruise will come to an end. Ask us about adding flights and a Barcelona city break.

Designed to ensure a pleasant stay on board. Available with the following accommodation types: Balcony, Ocean View, Outside with Partial View and Interior cabins

* Special events for children are not included. Contact the Mini Club for full information. 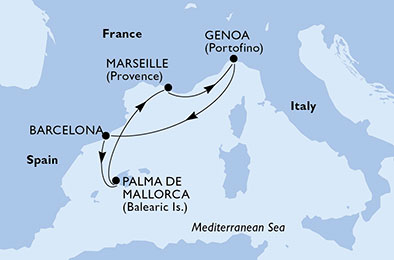 Building on her sisters ships success, MSC Grandiosa offers even more public space than her sister ships, along with a series of exciting innovations.

Cirque du soleil at Sea has created 2 brand new shows exclusively for MSC Grandiosa, which you can enjoy in a high-tech lounge while savouring a superb culinary experience. And if you choose the Aurea Experience, you’ll appreciate the pleasures of flexible dining and unlimited drinks in a dedicated restaurant.

Taking entertainment at sea to a whole new level

Enjoy exclusive world-class shows performed in innovative venues like the Carousel Lounge and the multi-purpose karaoke bar, comedy club, TV studio & Bar. Younger guests can take advantage of the super-amusement park and sports centre to play sports and games during the daytime and party and dance in the evening. And the whole family can enjoy hours of fun in one of the most intricate and exciting water parks at sea.

A choice of 12 dining venues and 20 bars promises something special for every taste. 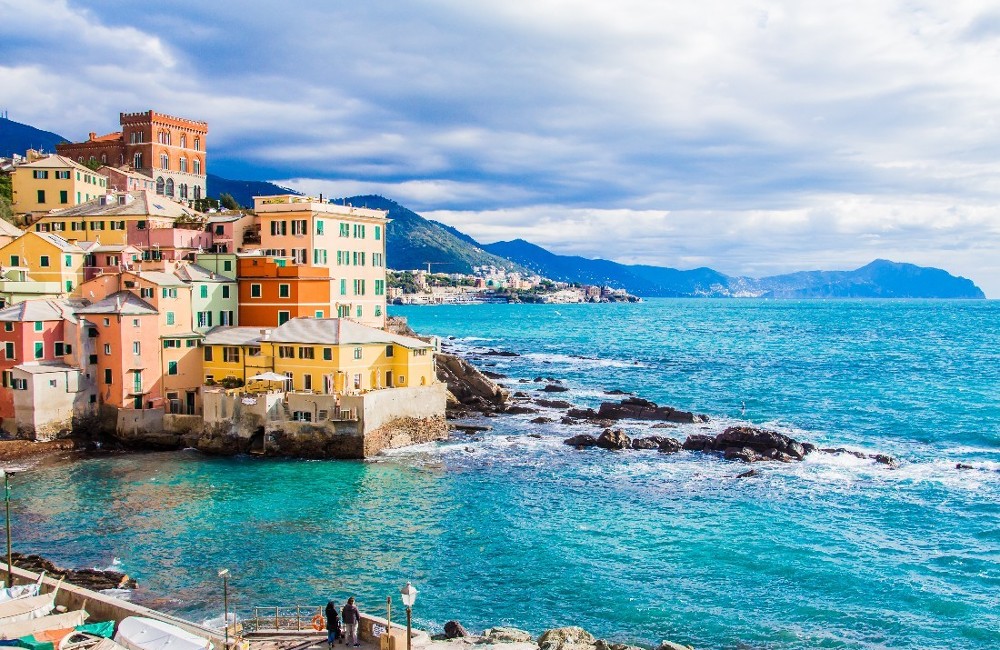 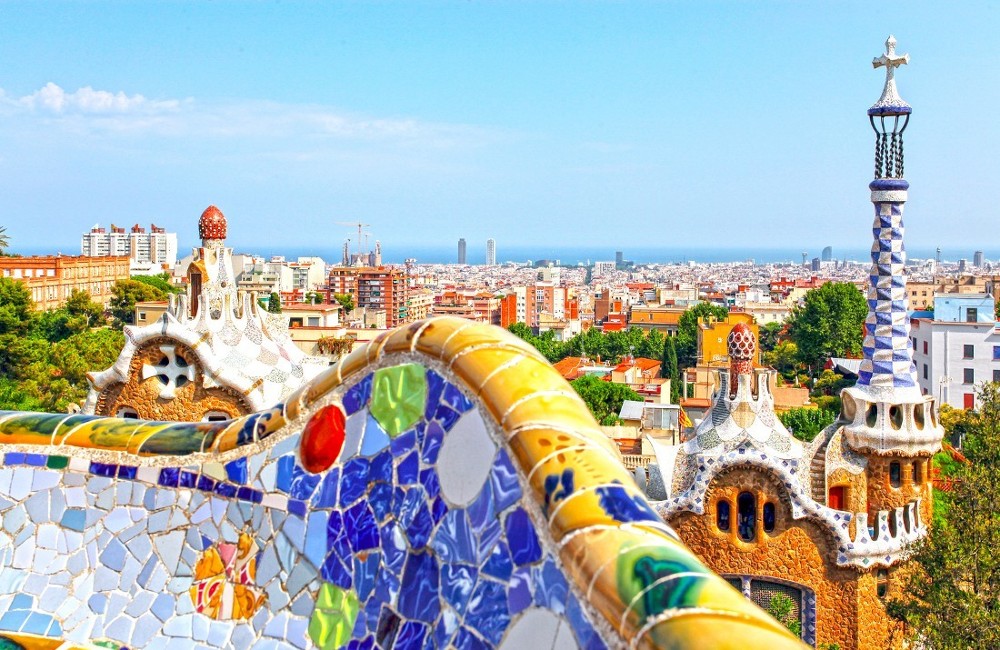 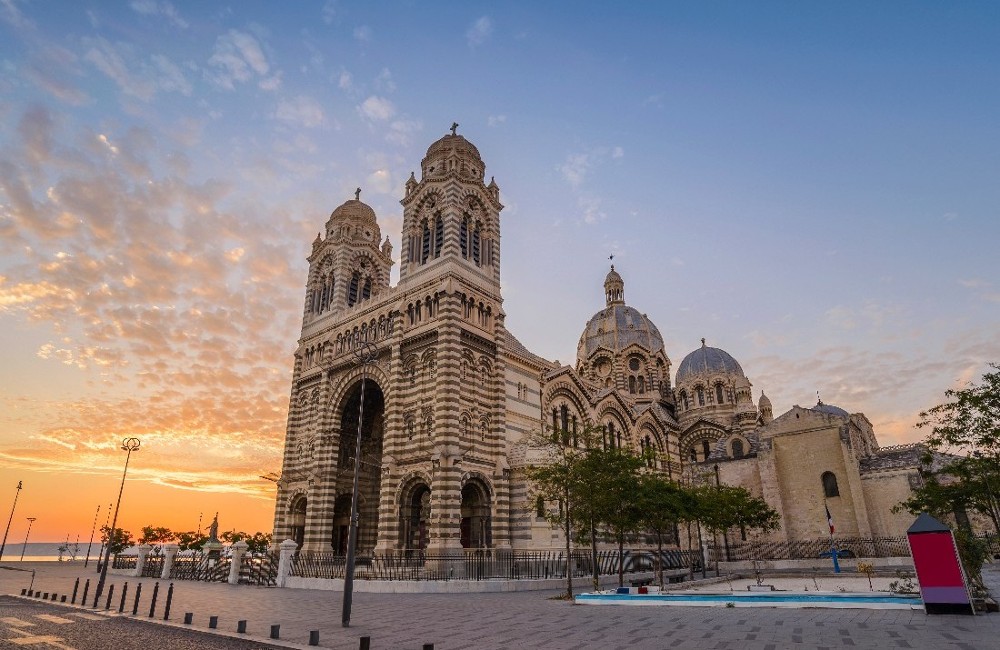