All our offices are open for business by phone and email and ready to give you quotations for your anticipated holiday or air fare to visit friends or relations. Your travel manager will give you updated information on travel requirements.

From €1490pp
Flights not included

Depart From
Spilt, Croatia
Departure Date
22 May 2021 - 29 May 2021
Multiple departures throughout the year
Duration
8 days
Destination
Dubrovnik,Croatia
Price
From €1490pp

Become immersed in Croatia's natural beauty while sailing the stunning Adriatic coast. Mix lazy days of swimming and beach going with time spent exploring medieval fortresses, sitting in lively restaurants, wandering cobbled streets and hiking to ancient ruins. Wind down in the evening and fall asleep onboard the boat, being lulled to sleep by the sound of lapping waves.

Dobro Dosli! Welcome to Croatia. Croatia has a perfect mix for the curious traveller – sunshine, sand and scenery, the chic cities of the glittering Adriatic coast, and charming cobblestone towns. World Heritage sites and thriving food and wine scene ensure visitors' curiosity is amply rewarded. Like many others, fall in love with the treasures of this Balkan beauty. Your sailing adventure begins with a group meeting at 3pm with your skipper at the ACI Marina in Split. The first port of call is then the local supermarket to buy supplies for your trip as a group. If you have any special dietary requirements, please make sure you notify us at the time of booking so we can accommodate your requests.

As we set sail this afternoon, we recommend arriving a few days earlier if you would like to see the sites of Split. If Dubrovnik is considered the heart of Dalmatia, Split is certainly its soul. Situated on a small peninsula on the eastern shores of the Adriatic Sea, it's the second largest city in Croatia. Split grew out from Diocletian's Palace and you can almost see it evolving in a multitude of different ways right before your eyes. Some cultures might have made the palace a museum, but the city of Split has always been a dynamic, vibrant place and the palace houses many businesses as well as being home to locals. You can get lots of local interaction in Split, such as at the fish market on Marmontova or the markets just outside the palace walls. Cast off and say goodbye to Split as you sail from city wonderland to island idyll and head for Brac.

Brac
Sunny Brac is the largest island in central Dalmatia, set among steep cliffs and a distinctly Mediterranean landscape. Villagers have farmed wine, olive oil, figs and almonds in the difficult interior of this rock-strewn island for centuries, but it's the small, beach-side towns that draw the crowds. Brac's most famous export is the gleaming white stone mined from the island's quarries, cladding buildings as deep in antiquity as Diocletian's Palace in Split, and as far afield as the White House in Washington DC. Take a leisurely cruise along the coast, soaking up the sunshine and the scenery. Weigh anchor and go for a paddle in the aquamarine sea, or snorkel and spot sea anemones, crabs, sea urchins and small fish in the pristine waters. Anchor for the Night in the main town of Bol or in a nearby cove, depending on the weather.

Notes: The beauty of sailing is that each day is unique and, while we have a destination to reach, if the weather changes or something takes the group’s fancy, we are flexible on the day's itinerary. The itinerary is subject to change and may vary depending on weather. Your skipper will make the final call to ensure your safety at all times.

Your skipper will collect the trip kitty of 755 Kuna [approx EUR100] at the pre-departure meeting today.

Hvar (Brac to Hvar: 3 - 4 hours*)
Voyage along the Neretvanski Channel away from mainland Central Dalmatia. Settling in for an afternoon of beach-hopping, enjoying seafood fresh from the day's catch and kicking back with cocktails on the waterfront.
Hvar has an air of Venice about it, and is known as the 'Queen of the Dalmatian Islands'. Wander around towns with wonderfully preserved Renaissance facades, hike past dramatic jagged limestone cliffs and slow your pace to enjoy the undulating farms, ancient olive groves and fields of rosemary and lavender.

Vis (Hvar to Vis: 3- 4 hours*)
Cruise to Vis, which is the furthest island from the mainland. In 1944 the island was declared a military zone and foreigners were unable to access this island until 1989. Because of this long isolation, Vis has retained it charm and laid back lifestyle, and the south side of the island is home to some of the most eye catching coves and beaches. Your skipper can help organise an optional island tour so that you can learn all about the history of this island which passed between Greek, Roman, Venetian, Napoleonic, Austrian and Italian hands. On this tour you'll visit nuclear fallout shelters, churches and vantage points with great views across the ocean. If the tide is low, visit the stunning blue grotto of Cave Bisevo.

Korcula (Vis to Korcula: 4 - 5 hours*)
Sail for a blissful five hours along the pebbled beaches, black pine groves and stony cliffs of the Peljesac Peninsula, through the jewel-like waters towards Korcula. Sweep in past the round, defensive towers of Korcula Town via the Peljeski Channel and weigh anchor in Korcula. Natives of Korcula believe Marco Polo was born on the island. Whether or not this can be proved (the Venetians have a similar claim), Korcula is steeped in a long history and the islanders are proud owners of this little gem, smaller than Dubrovnik but no less precious to its inhabitants. Greeks settled in the 6th century BC (they called the island Black Korcula), but the town was also occupied by the Romans, the Slavs, and then the longest period of rule passed to the Venetians between 1420 and 1797. Even Napoleon was ruler for a while. As a result of all these influences, Korcula has a stunning Old Town – romantic and evocative. And what's more, there are plenty of warm beaches to relax on if that's more your speed.

Lastovo (Korcula to Lastovo (3 - 4 hours*)
This is the largest island in the Lastovo archipelago, which branches to the northeast towards the islands and Lastovnjaci Vrhovnjaci, being about 10 km long, 5.8 km wide, and 41 square kilometres. The islands highest peak is Hum at 417 metres, and there are 46 islets and reefs around its edges. Along with Mljet, this very mild Mediterranean climate island is the most wooded Croatian island, with over 70 per cent of it forested, part of the reason it was declared a national park in 2007. Lastovo has been permanently inhabited for several thousand years. The first inhabitants were the Illyrians, and then the Romans after they conquered Dalmatia. They named it Agusta Insula – 'Emperor's Island'. The island is noted for its Ventian architecture from the 15th and 16th centuries and high number of churches.

Mljet (Lastovo to Miljet: 3 - 4 hours*)
Head southeast and sail for six hours across the sea to Mljet. Set sail for the picturesque island of Mljet. Legendary in ancient history as the idyllic island where the shipwrecked Odysseus lived for seven years, today the island is a haven of lush national park, forests and small villages. Since Greek sailors sought haven here from storms, filling up on fresh water from the springs, the island has been inhabited by Illyrians, Romans, Slavs and Avars. In the 13th century the island was given to the Benedictine order who built a monastery in the middle of one of the island's western lakes, Veliko Jezero. In 1410, Mljet was formally annexed to Dubrovnik. Why not explore karst valleys and catch your reflection in inky blue lakes on a guided tour through the national park. Wander beneath cool pine forests, through chasms and gorges, and discover ruins such as the remains of an Illyrian fortification, a Roman palace and a 5th-century church. These ruins are on opposite ends of the island, so keep this in mind when exploring. In the evening perhaps try the local wine – the fields and vineyards that dot the island are the foundation of the local economy, with Mljet's villagers producing wine and olive oil as they have been for hundreds of years.

Elafiti Islands (Miljet to Elafiti Islands: 4 - 5 hours*)
Depart the picturesque Mljet and head to the hidden paradise of Elafiti Islands. Elafiti is made up of three main islands: Kolocep – Known as the green island because of its 100 year old pine groves, carol-trees, olive groves and citrus trees. There are also two villages to explore – Donje Celo and Gornje Celo. Lopud – This island has spectacular parks and beaches and is one of the best developed touristic islands in the Dubrovnik area. The island is also home to several monasteries and ruins to explore. Sipan – This is the largest of the island group with a long history full of stories and legends and considered one of the jewels of the area.

Set sail to your final destination, Dubrovnik, where the trip ends around 10am. Sail time is appoximately 2 hours. There are no activities planned for today and you’re free to depart at any time. Please don’t book a flight earlier than 3pm in case your arrival is delayed due to weather conditions. If you are staying on in Dubrovnik, often referred to as the 'Pearl of the Adriatic', there is plenty to see and do. Walk along the ancient city walls, explore the Old Town or take the cable car up to the hill behind the city for breathtaking views.

* Please note that the sailing times listed above are a guide only and subject to change. They are dependent on weather and sailing conditions. 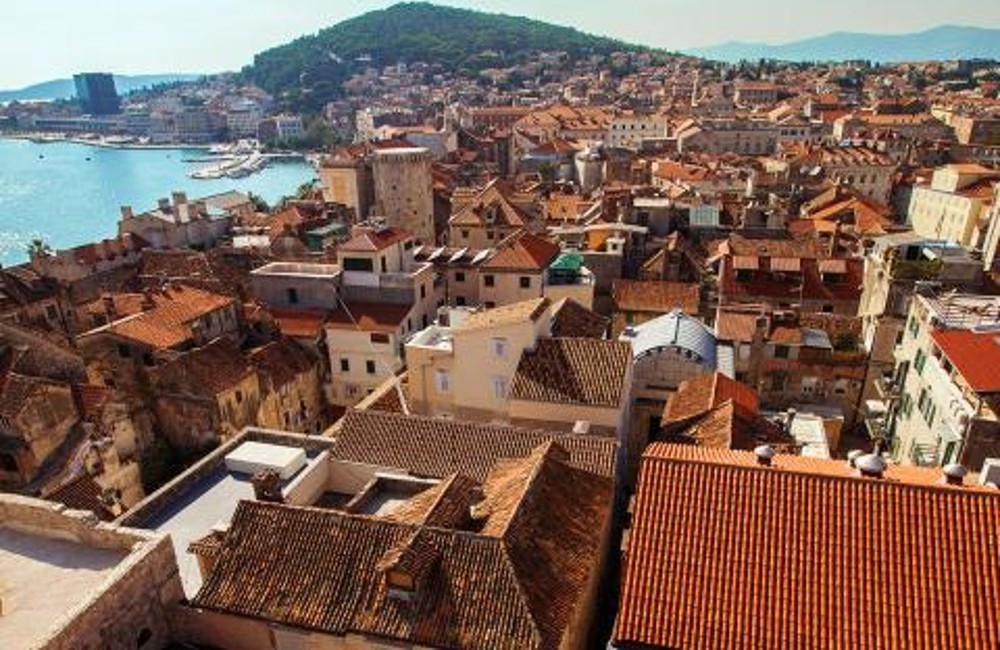 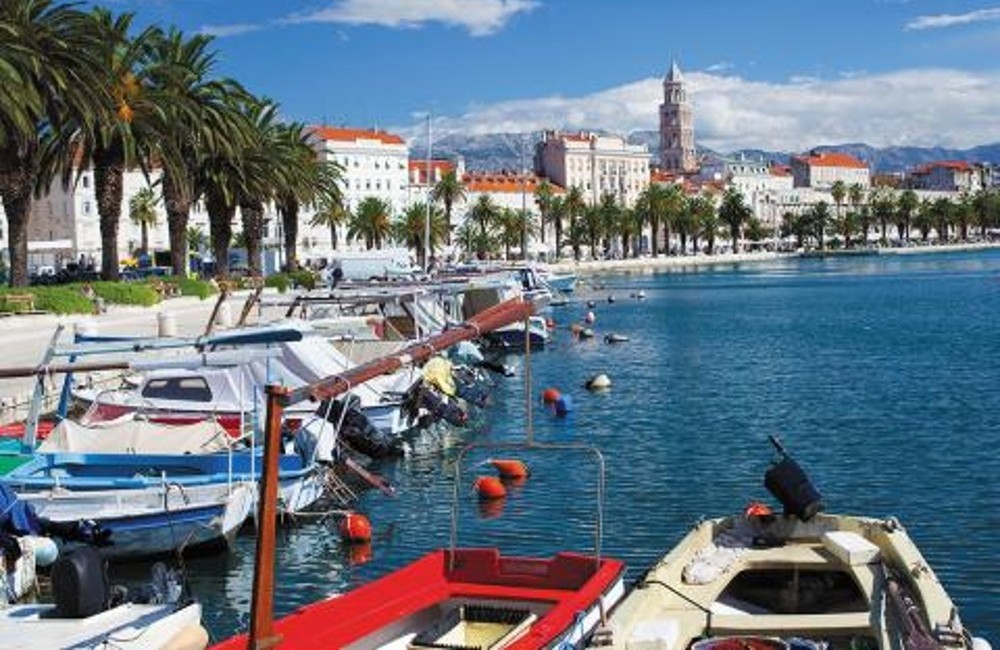 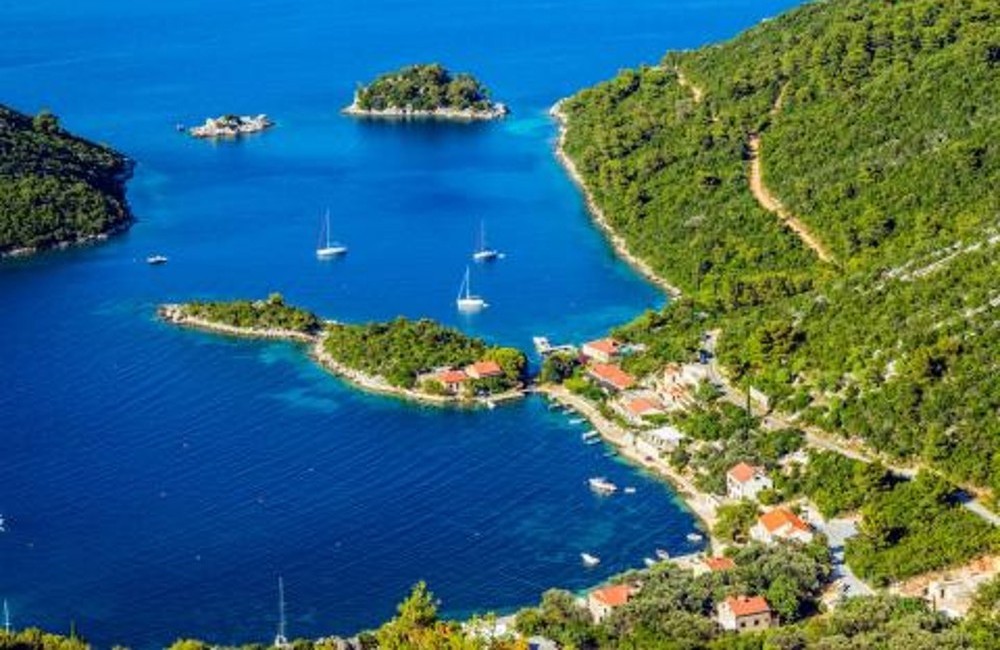 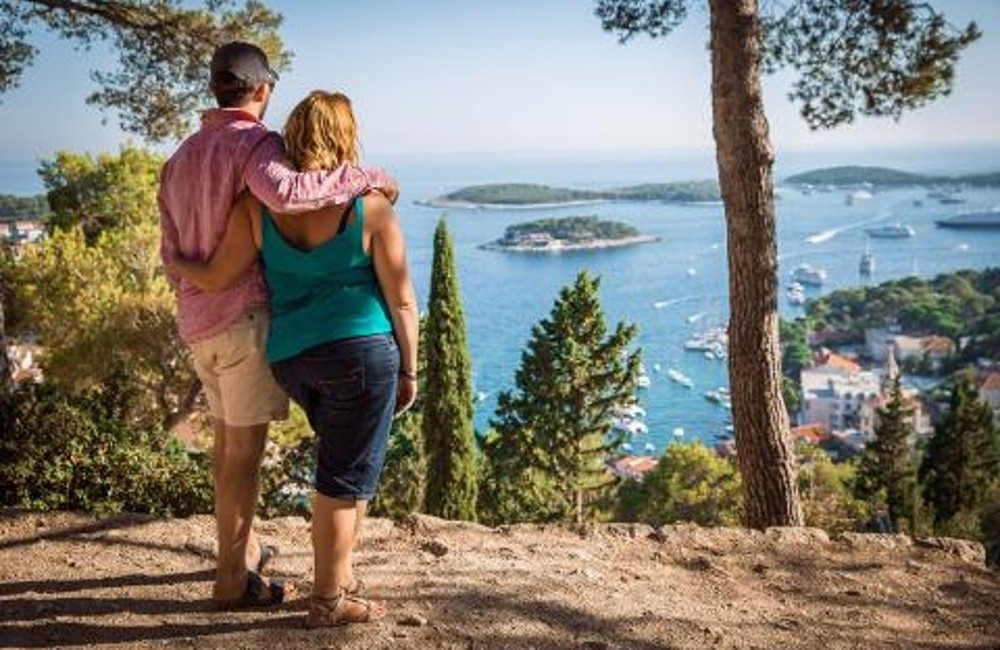 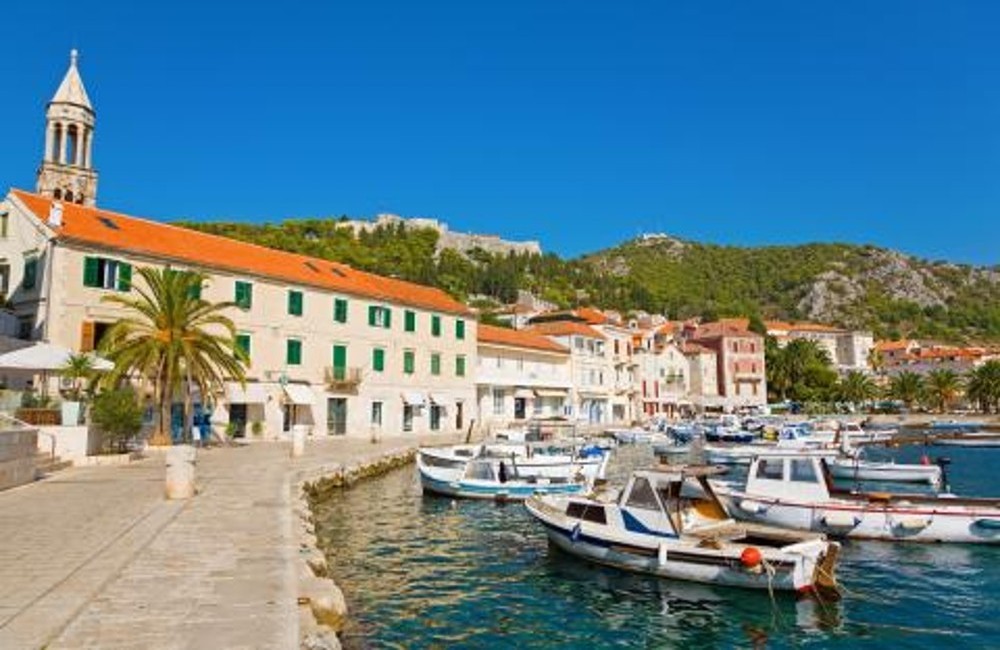 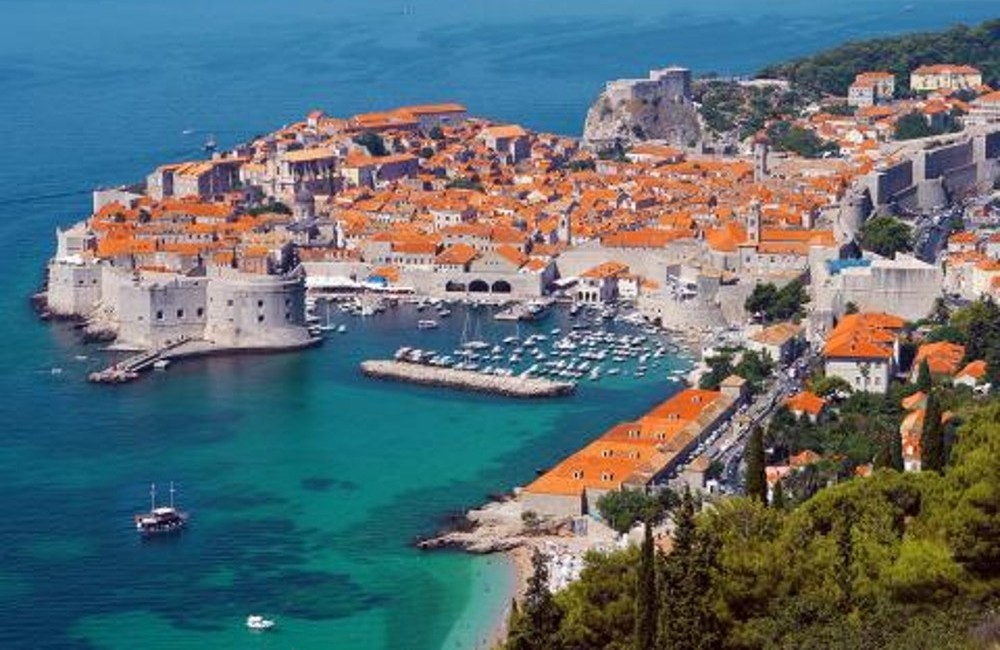