OUR TRAVEL SHOPS ARE OPEN!

WE ARE DELIGHTED TO WELCOME OUR CUSTOMERS BACK! (BY APPOINMENT ONLY)

Please bear with us.

For a limited time we have reduced our shop opening hours above to allow us time deal with changes and re-bookings for our existing customers and administer refunds.

We thank you for your patience at this time.

Board the Crown Princess in Southampton and set off on a 8 night cruise of England, Ireland, Northern Ireland & Wales

Southampton- The south of England boasts a dramatic coastline that encloses some of the most beautiful countryside in Britain. The landscape of hills and heaths, downs and forests, valleys and dales, is without rival. Southampton serves as your gateway to the countryside - and to a wide variety of historic sites, national landmarks and charming. And of course, London is a two-hour drive by modern highway.

Dublin has experienced a renaissance. Today, this gracious and cosmopolitan city on the Liffey is one of Europe's premier destinations. The capital of the Republic of Ireland, Dublin is an intimate place that is easy to explore. Stroll past St. Stephen's Green or survey the gray, stone façades of Trinity College, Ireland's oldest university.

Stretching along both sides of the River Lagan, this graceful city of Belfast, filled with Victorian and Edwardian buildings, has become a cosmopolitan tourist destination. Once a major industrial center, Belfast is also your gateway to the rich, Irish countryside of Counties Antrim and Down. Belfast was an industrial giant in the 19th century, famed for its linen and its shipyards. Explore this exuberant city, marvel at the Giant's Causeway or shop for superb Irish linens.

Holyhead- Approaching Holyhead from the sea, your first image is of towering sea cliffs rearing above the waves. Natural beauty abounds on the island of Anglesey, the northernmost part of Wales. Angelsey has a long and turbulent history, it was the last stronghold of Druids resisting the Roman invasion, and it was the last refuge of the Welsh princes who resisted English conquest and dominion. Today, Holyhead and Anglesey are your gateway to Wales, a land with a strong and proud Celtic tradition and with some of the most beautiful countryside in the British Isles.

Founded in the 7th century by St. Fin Barre, Cork is your gateway to romantic Ireland. Stroll down narrow country lanes or see the Lakes of Killarney. The intrepid visitor may scale the narrow passages of Blarney Castle to kiss the Blarney Stone. The region around Cork is also home to one of the densest concentration of prehistoric monuments in Western Europe.

The British isle of Guernsey lies just eight miles off the coast of France. The second largest of the Channel Islands, Guernsey possesses a mild climate, breathtaking scenery and a peaceful, unspoiled ambience. All these attributes combine to make it a popular destination for British and French vacationers. Once the haunt of sea dogs and pirates, St. Peter Port is one of the prettiest harbours in Europe. Castles and forts dot the Guernsey coastline, including German fortifications from World War II. The Channel Islands were the only part of the United Kingdom to be occupied by the Nazis. 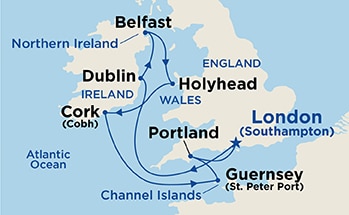 Enjoy sweeping views of the world while sailing on Crown Princess. From her nearly 900 balconies to the breathtaking three-story Atrium, you'll discover a relaxing atmosphere filled with an array of world class entertainment and dining options that will greet you each day when you return from making fascinating discoveries ashore.

Activities- On every Princess ship, you'll find so many ways to play, day or night. Explore The Shops of Princess, celebrate cultures at our Festivals of the World or learn a new talent — our onboard activities will keep you engaged every moment of your cruise vacation

Entertainment -Original musicals, dazzling magic shows, feature films, top comedians and nightclubs that get your feet movin’ and groovin’. There’s something happening around every corner; luckily, you have a whole cruise of days and nights to experience it all. 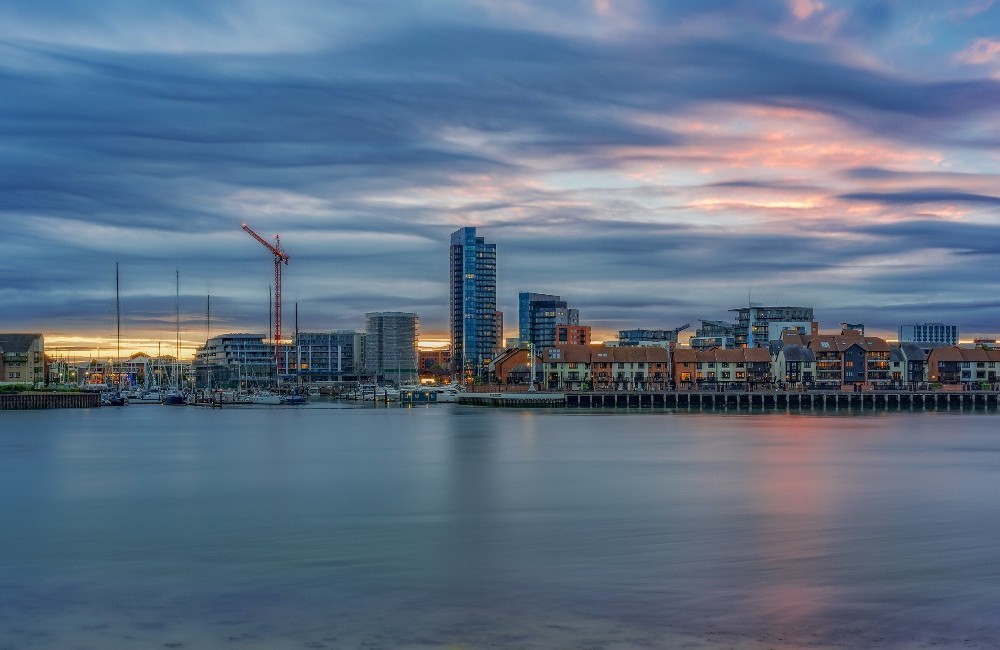 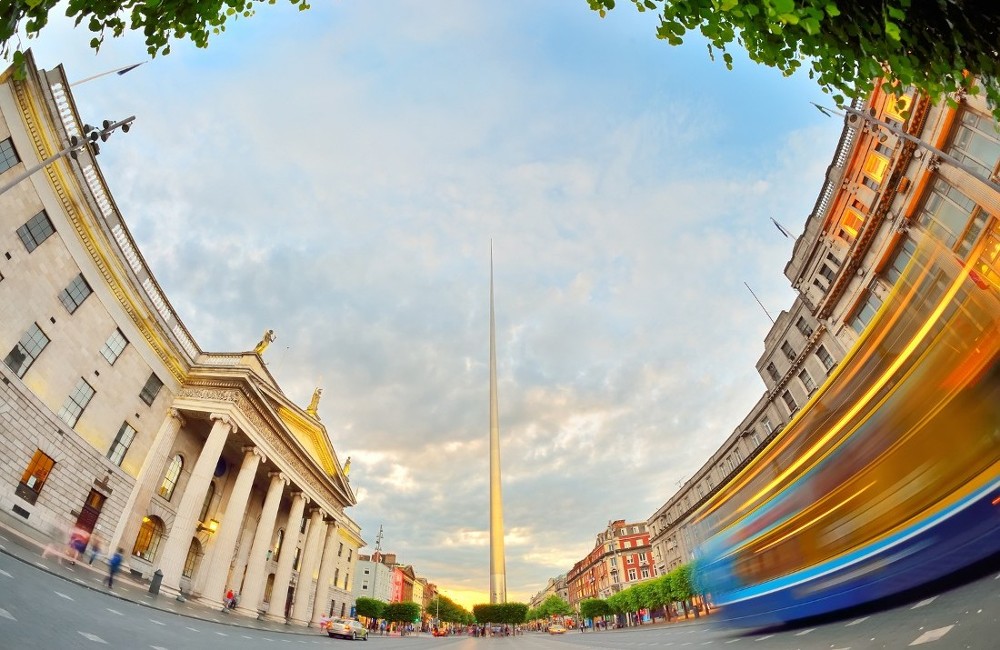 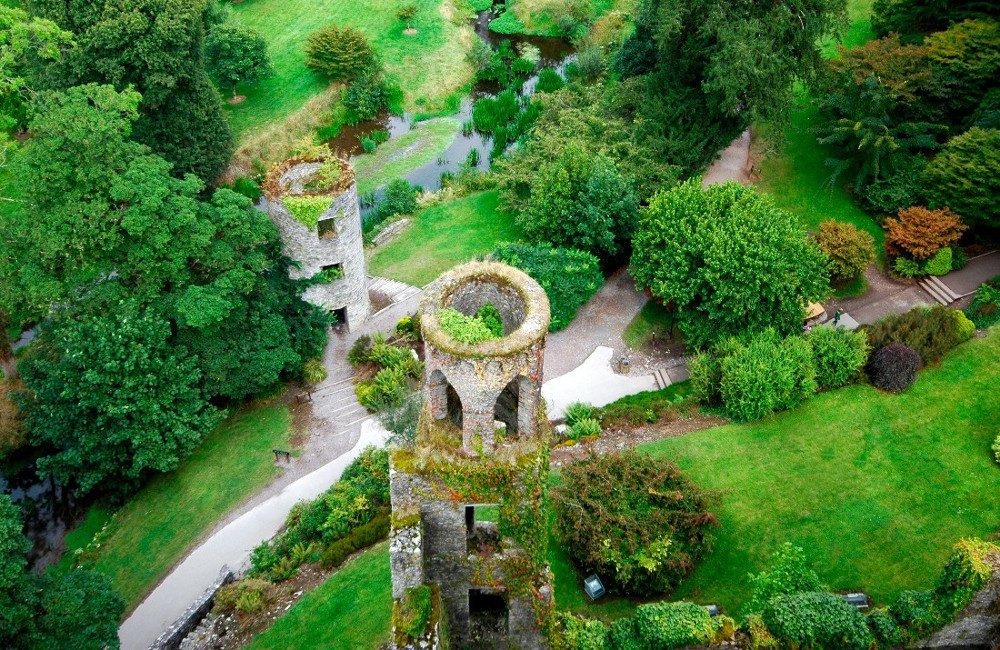 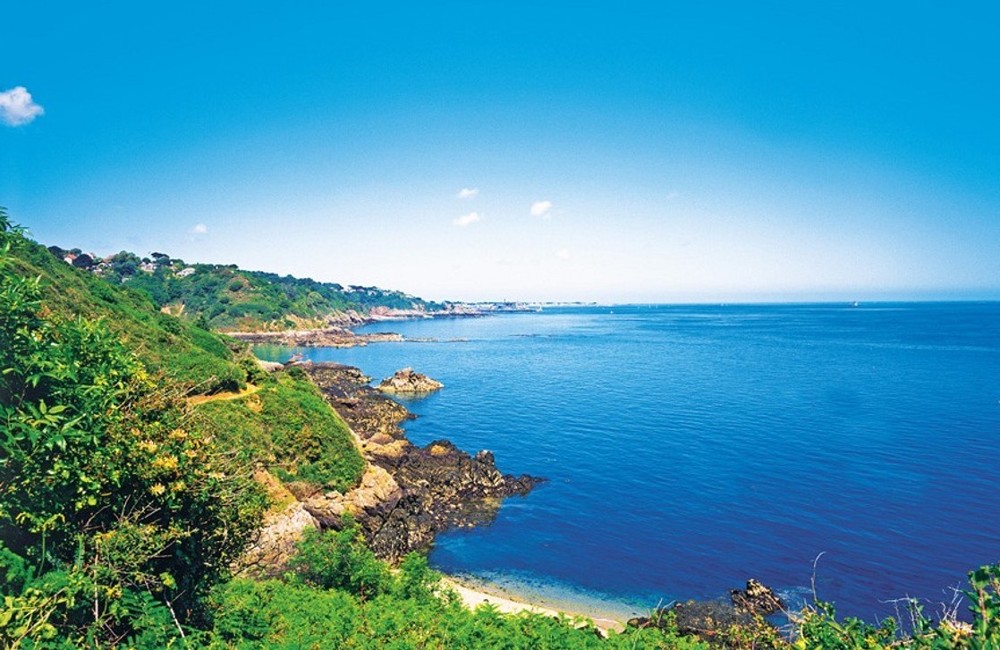