From €1735pp
Flights not Included

Amsterdam, Netherlands-Affectionately known as the "Venice of the North," Amsterdam is actually situated below sea level and built entirely on stakes driven into the ground. The Anne Frank House, The Hague and a Delft Blue Pottery Factory are but a few of the sights that await your arrival.

Berlin (Warnemünde), Germany-It's been more than two decades since the walls came down and Berlin became unified in many ways, including the pursuit of joy. Germany's capital city is a city that balances cosmopolitan chic with a liberal undercurrent of creativity and cool. Famous landmarks like the Brandenburg Gate and Reichstag fascinate. The elegant Bavarian Quarter amazes.

Tallinn, Estonia-The capital of Estonia impresses cruise guests with its mix of medieval houses and very modern boutiques and café culture. Journey inside the ancient walls of Old Town to explore stunning Medieval landmarks like Toompea Castle and a 15th Century apothecary shop. Move up a couple centuries to experience Tsar Peter I's Kadriorg Palace, filled with art and surrounded by sculpted gardens and peaceful woodlands.

St. Petersburg, Russia-Founded by Russian Tsar, Peter the Great, St. Petersburg has for centuries been the cultural centre of Russia, with its spectacular architecture, Tchaikovsky operas, and the famous Kirov ballet. It has undergone many changes over the decades, but "The Venice of the North" remains a dazzling cruise destination, a Russian city with a European flair, a city with more than 200 museums, and one of the largest English gardens in Europe!

Helsinki, Finland-Welcome to Scandinavia's “White City of the North,” a city defined more by its people and Art Nouveau architecture than its chilly climate (from October to April). Helsinki is a classic sea-city, with a dramatic coastline coloured by bays and inlets. The city keeps its historical roots intact.

Stockholm, Sweden-Laced by an ingenious network of waterways and bridges strung between a freshwater lake and the sea, Stockholm is easily seen on foot or by waterway cruise. Its gabled old townhouses peer over cobblestone streets, whilst its magnificent 17th-century palace sits watching over the harbor.

Copenhagen, Denmark-The capital of Denmark, Copenhagen, is filled with canals, cobbled squares and copper spires. But don't let the historic appearance fool you. This is also Scandinavia's most cosmopolitan city. Certainly you can relive medieval times in The Latin Quarter, but you can also enjoy some of Europe's finest shopping, museums, cafes and nightlife prior to your cruise around the Baltics.

Upgrades from €99pp and choose 2 from the below:

Capture a breathtaking photo as you walk over water across Oceanwalk, our first glass bridge. Stroll through The Concourse, a seaside sculpture garden, and explore interactive art installations that incorporate technology for stunning effects. Or swim up to the horizon on Infinity Beach. Discover new and exciting experiences for everyone aboard Norwegian Prima.

Let the conversation and the cabernet flow at the outdoor bar. Sway to the gentle sea breeze as you relax on a hammock at Indulge Outdoor Lounge. Or get into a livelier groove as you enjoy a craft cocktail whilst listening to live music at The Local Bar & Grill.

Savour modern Italian cuisine in an elegant dining atmosphere at Onda by Scarpetta. Or discover traditional Mexican flavours with a modern twist at Los Lobos. Looking to take your tastebuds on tour? Enjoy made-to-order favourites at Indulge Food Hall where a variety of artisanal mini-restaurants and food trucks serve everything from tacos to tandoori. 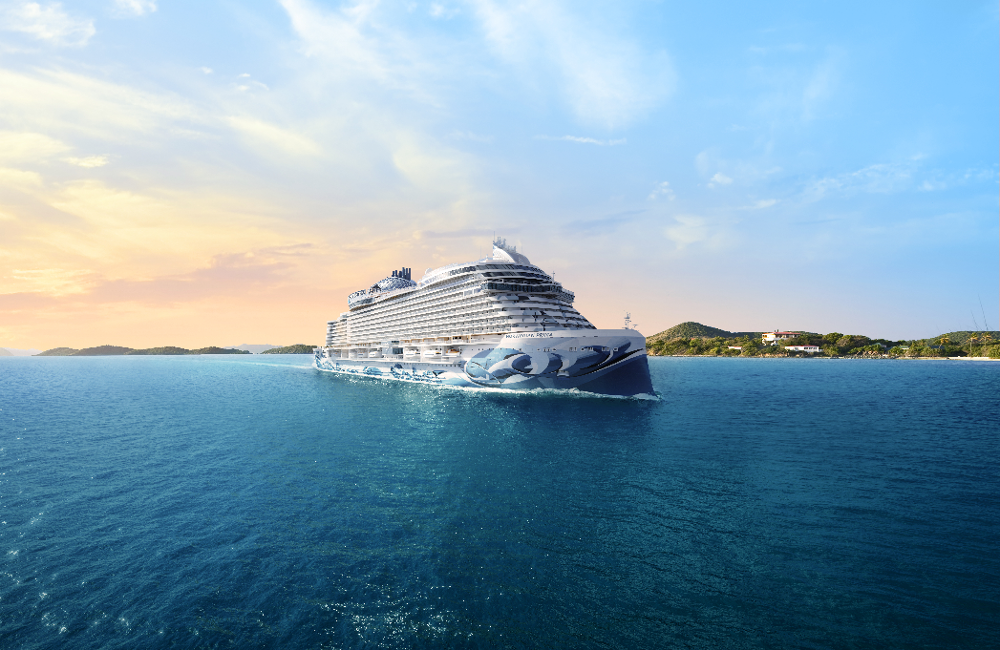