Natural splendour, bountiful wildlife and a pioneering spirit all coalesce in the High Arctic, a region once reserved for only the hardiest of travellers but now open to anyone with a real yearning for adventure.

Starting out from the isolated Spitsbergen outpost of Longyearbyen, this expedition heads down through the Arctic Circle, taking in the islands of the Svalbard Archipelago, the north-east coast of Greenland and the journey over the Denmark Strait to Iceland.

Following in the proverbial wake of explorers past, you'll be treated to stunning sceneries of vast glacial walls, sprawling fjord systems and icebergs the size of skyscrapers.

Time spent on the ship will include educational presentations on tales of polar exploration and seabird identification, while there'll be plenty of opportunities for spotting the region's famed wildlife during Zodiac excursions.

This voyage across the Arctic Circle allows travellers to experience three different countries of the Arctic in a relatively short space of time.

Your arctic adventure begins in Oslo, where you may arrive at any time today. Upon arriving in this splendid capital city, known for its green spaces and museums, you will check into your included airport hotel.

Meals Included - There are no meals included on this day.

Special Information - An arrival transfer is not included today, so please make your own way to the joining hotel.

After breakfast, the group will transfer to the airport and board our private charter flight to Longyearbyen, Spitsbergen’s largest settlement. As you embark this afternoon, you’ll enjoy great views of the mountainous landscape that serves as a backdrop for this seaside town.

Exploring Spitsbergen, the largest of the Norwegian-ruled Svalbard islands, rewards you with abundant wildlife and austere beauty. Here, you’ll visit spectacular glacier fronts and steep-walled fjords with walrus, polar bears and Spitsbergen reindeer among your possible wildlife sightings. Birders will be thrilled to see arctic terns, skuas, long-tailed ducks, kittiwakes and ivory gulls. When conditions are right, you could sail within 10 degrees of the North Pole!

LILLIEHÖÖK GLACIER
In 1906, His Serene Highness Prince Albert I of
Monaco visited Lilliehöök Glacier to conduct scientific investigations. His great-great-grandson, HSH Albert II, visited the glacier a hundred years later as part of a scientific investigation, this time to further our understanding of the arctic clam, a species that lives for more than a century. The growth rings of a single clam’s shell contain evidence of the chemicals encountered by the clam. Scientists can determine the variations of the water’s temperature and pollutant content by studying the shell.
LONGYEARBYEN
Eighteen hundred people inhabit the administrative capital of Svalbard, which is situated on the shore of Isfjorden. The settlement was founded in 1905 by John Munroe Longyear, the majority owner of the Arctic Coal Company of Boston.
MONACO GLACIER
HSH Prince Albert I of Monaco, a pioneer of oceanography, led an expedition to Svalbard in 1906. His team used sophisticated photographic techniques to understand the shape and position of several glacier fronts. Monaco Glacier honors the expedition, the prince and the principality over which he reigned.
HORNSUND
The most southerly fjord in Svalbard offers some of the most spectacular scenery, with dramatic calving glaciers, drifting pack ice and majestic peaks (the highest of which are often shrouded in mist). A Polish research station has operated on the northern shore of Hornsund since 1957. Part of Sør-Spitsbergen National Park, this pristine area is rich in wildlife—reindeer, arctic fox and polar bears can often be spotted hunting for food, while ringed seals bask on the fast ice.The following Optional Activities are available to participate in, on some or all of the departures of this itinerary. These must be booked in advance (additional costs apply) and space is limited.
14TH OF JULY GLACIER
Named after France’s Bastille Day (the 14th of July), in honor of the arctic expeditions of His Serene Highness Prince Albert I of Monaco, this massive glacier is actually two smaller glaciers merged into one. Situated in Krossfjord, a bay on the northwest coast of Spitsbergen, the glacier is teeming with wildlife. Nesting atop the towering bird cliffs are purple sandpipers, common eiders, barnacle geese, arctic tern and Brünnich’s guillemots (thick-billed murres). Bearded and ringed seals also frequent the waters here.

OPTIONAL ACTIVITIES
KAYAKING – Our kayaking adventures are the best way to feel at one with the sea. Taken in small groups of maximum 16 people, multiple times per voyage, kayaking adventures are only conducted during calm weather conditions. Kayaking is open to all levels of experience, however kayaking in the polar waters is not suitable for novice kayakers. Beginners interested in kayaking should first take an introductory course prior to the voyage which includes how to do a wet exit. In addition regardless of your experience, we recommend you take part in some kayaking practise prior to the voyage to ensure that you are comfortable on the water in the icy conditions.

HIKING - Hiking is a great way to appreciate the immense windswept landscapes of the Arctic. The tundra comes alive during the brief arctic summer, with bursts of color from shrubs and plants that eke out a living in this polar environment. You’ll find each hike is different - exploring communities, shorelines or glaciated landscapes, often on the lookout for wildlife. Hiking participation is optional and your Expedition Team will advise you of what levels of activity you can expect prior to each excursion.

While sailing south through the historic Greenland Sea, you’ll learn about the wildlife and history of Greenland, your next stop. On deck, you’ll learn to identify seabirds on the wing. Take in a lecture, share your photos, sip an icy cocktail in the bar or watch a movie—there are many things to do during your time at sea.

During your tour of Greenland’s remote eastern coast, you’ll enjoy Zodiac cruises and shore visits to several locations. Visit the remains of ancient Thule settlements, and keep an eye out for grazing muskoxen; 40% of the world’s population lives here. Finally, you will sail through spectacular Scoresby Sund, the birthplace of many icebergs and, some say, the most beautiful fjord system in the world.

POSSIBLE LANDINGS AND WILDLIFE SIGHTINGS - EAST GREENLAND
RØDEFJORD
The Red Fjord, or Rødefjord, is named for the colorful sandstone located on its western side. The stone has been “stained” red by hematite, creating an oddity in this part of Greenland.
SCORESBY SUND
Revered by many as the most beautiful fjord system in the world, Scoresby Sund is definitely the longest and largest. The sound was named after William Scoresby Jr., a whaler, scientist and man of the cloth, who was famed for mapping more than 400 miles (640 km) of Greenland’s coastline.
C. HOFMANN HALVØ
This is often the best location for getting close to muskoxen. The peninsula is also home to wheatears and snow buntings, and you may spot rock ptarmigans or great northern divers while at sea.
DENMARK ISLAND
Encounter some of the most stunning icebergs before hiking across Denmark Island, which offers stupendous views of Scoresby Sund and Fønfjord below.

At sea, the Denmark Strait is your pathway toward Iceland. Your Expedition Team will keep you informed and entertained with presentations about the history of exploration in the Arctic and the seabirds you’ll inevitably see soaring above your ship.

You’ll disembark in Reykjavik, Iceland’s capital, at the end of your journey. If you have booked post-expedition accommodation, we provide a transfer to a central downtown location.

A departure transfer is not included to the airport.

Price is per person sharing a triple room and includes:

On board the Ocean Adventurer:

This sturdy expedition ship was built in 1975 and underwent an $8 million refurbishment in 2017 which included new engines and refurbished cabins and public spaces. All her cabins are ensuite with exterior views. The Ocean Adventurer is the perfect ship for people who enjoy soft adventure with creature comforts.

Other Inclusions on the Ocean Adventurer: 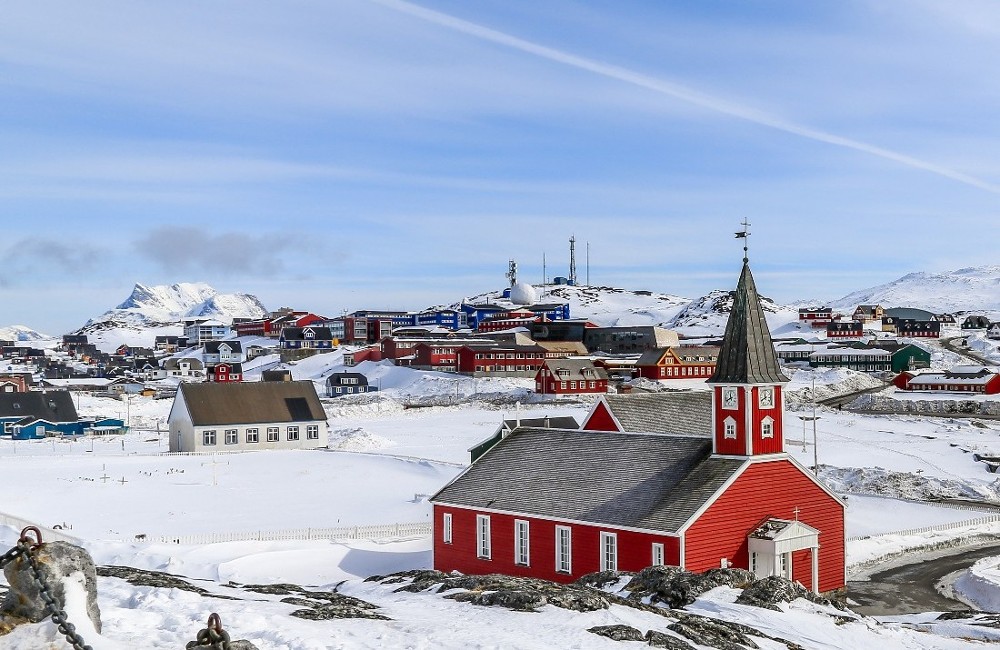 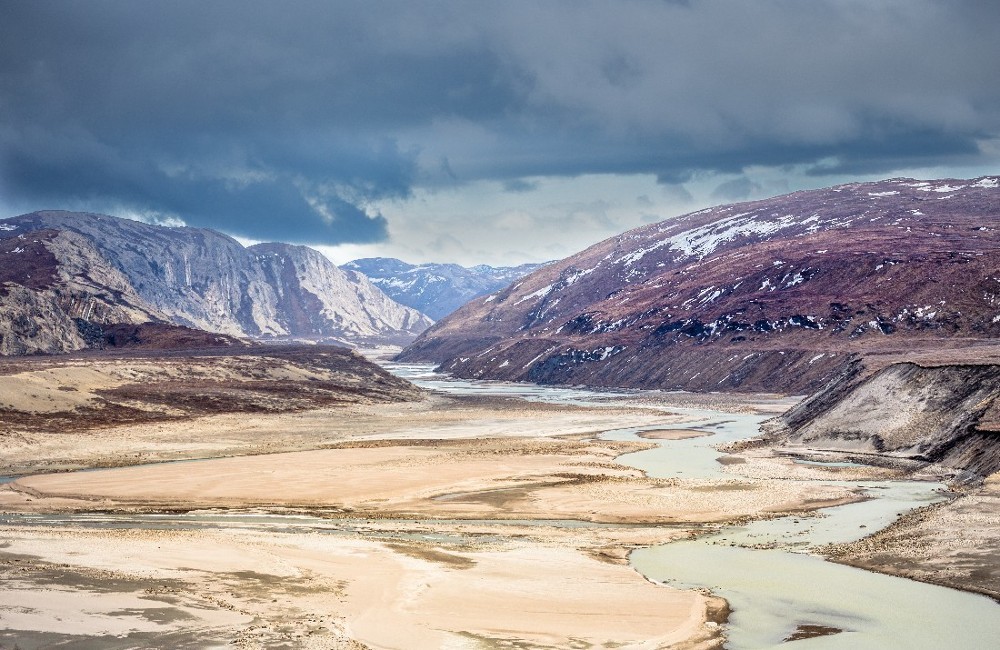 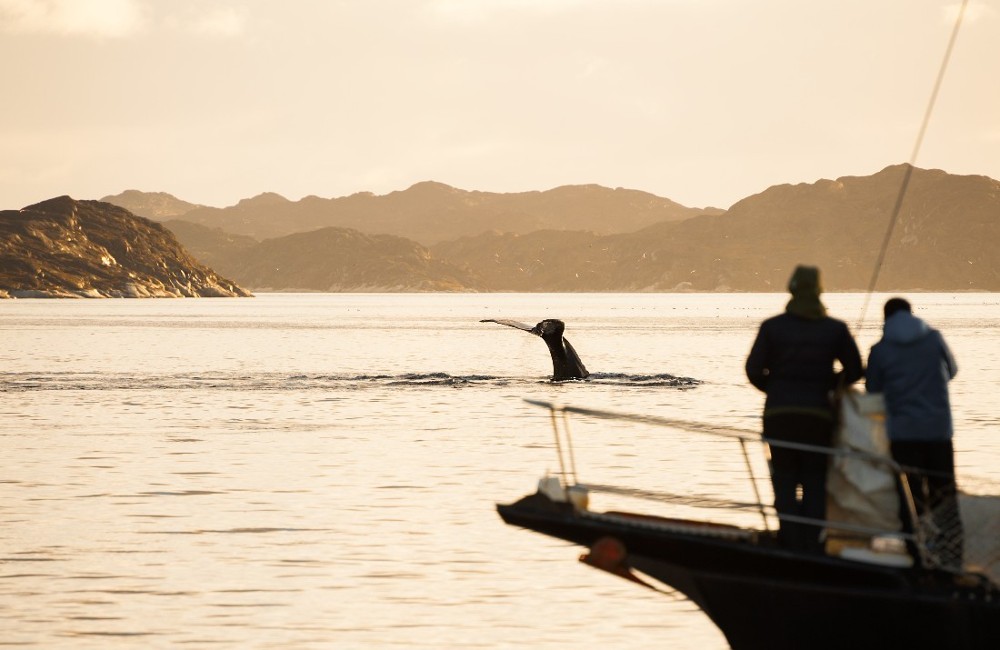 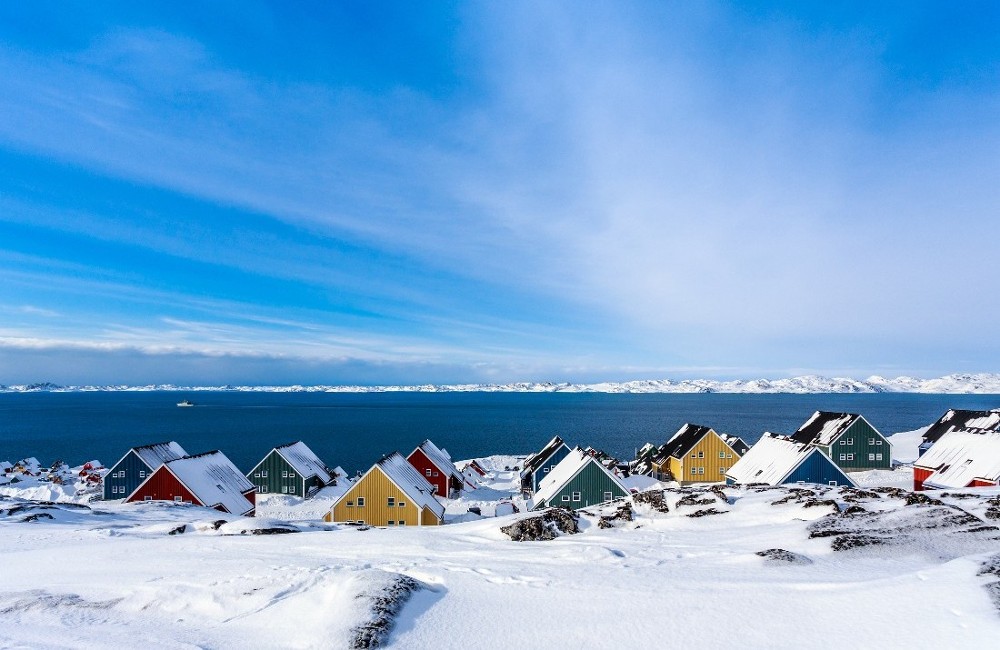 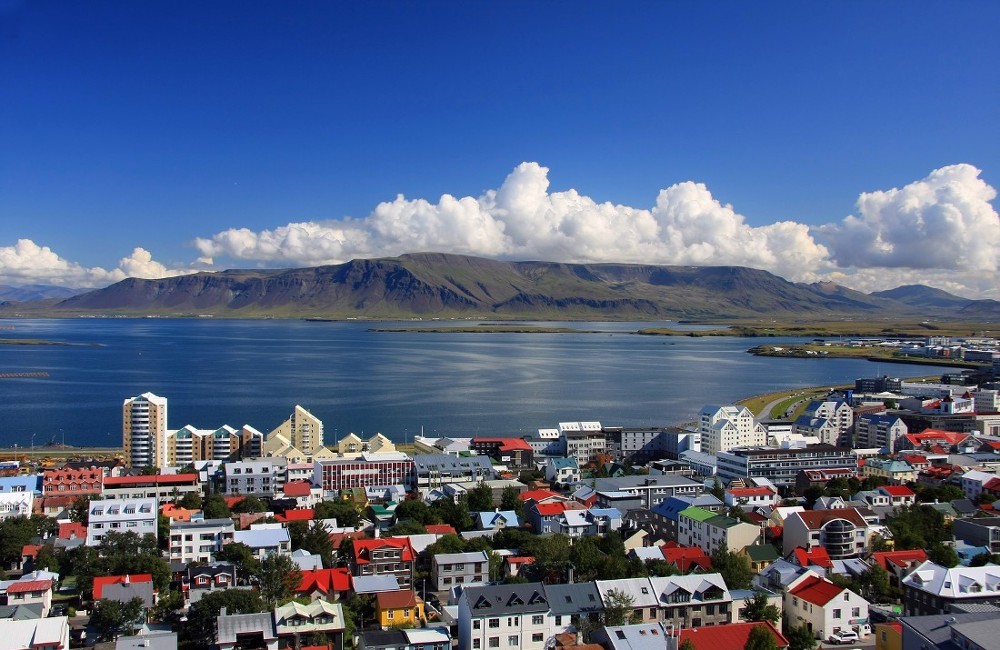