Fly to Vancouver and board the Silver Muse to embark on a seven night cruise of Alaska and British Columbia.

It has been said that nobody should ever visit Alaska in their youth as every subsequent destination pales in comparison. That no sights can ever come close to the ethereal wonderland that is this vast terrain and is perhaps, just perhaps, Mother Nature’s greatest achievement. One thing is certain, to the lover of wilderness, there is no better country in the world.

Consistently ranked as one of the world's most livable cities, Vancouver lures visitors with its abundance of natural beauty, multicultural vitality, and cosmopolitan flair.

The attraction is as much in the range of food choices—the fresh seafood and local produce are some of North America's best—as it is in the museums, shopping opportunities, and beaches, parks, and gardens. Indeed, the Vancouver package is a delicious juxtaposition of urban sophistication and on-your-doorstep wilderness adventure.

Navigate through the intricate outlays of some of Alaska’s most staggering winter scenery, threading a needle between craggy, snow-dusted islands, and slipping glacial giants. To cruise this 500-mile stretch of Alaskan beauty is to sail through a living work of natural art - with perfectly sculpted mountains soaring from the shoreline, and clutches of islands scattered across the dark waters with delicate attention to detail.

A common sailing route due to its calm sheltered waters, gorgeous natural set pieces constantly play out here - whether it’s killer whales accompanying you through the breathtaking icy passages, harbour seals catching a break on floating hunks of ice, or wisps of cloud clinging to distant mountain peaks.

Juneau, Alaska's capital and third-largest city, is on the North American mainland but can't be reached by road. The city owes its origins to two colorful sourdoughs (Alaskan pioneers)—Joe Juneau and Richard Harris—and to a Tlingit chief named Kowee, who led the two men to rich reserves of gold at Snow Slide Gulch, the drainage of Gold Creek around which the town was eventually built.

Located at the northern terminus of the Inside Passage, Skagway is a one-hour ferry ride from Haines. The town is an amazingly preserved artifact from North America's biggest, most-storied gold rush. Most of the downtown district forms part of the Klondike Gold Rush National Historical Park, a unit of the National Park System dedicated to commemorating and interpreting the frenzied stampede of 1897 that extended to Dawson City in Canada's Yukon

It's hard not to like Sitka, with its eclectic blend of Alaska Native, Russian, and American history and its dramatic and beautiful open-ocean setting. This is one of the best Inside Passage towns to explore on foot, with such sights as St. Michael's Cathedral, Sheldon Jackson Museum, Castle Hill, Sitka National Historical Park, and the Alaska Raptor Center topping the town's must-see list. Its location offered trading routes as far west as Asia and as far south as California and Hawaii.

Hubbard Glacier, off the coast of Yakutat, Alaska, is the largest glacier in North America, with a calving front that is more than six miles wide. One of the main sources for Hubbard Glacier originates 76 mi inland. It has been a very active glacier, experiencing two major surges in the past 30 years. This glacier was named after Gardiner Greene Hubbard, a U.S. lawyer, financier, and philanthropist. He was the first president of the National Geographic Society.

It is hard to believe that a place as beautiful as Seward exists. Surrounded on all sides by Kenai Fjords National Park, Chugach National Forest, and Resurrection Bay, Seward offers all the quaint realities of a small railroad town with the bonus of jaw-dropping scenery. This little town of about 2,750 citizens was founded in 1903, when survey crews arrived at the ice-free port and began planning a railroad to the Interior. Since its inception, Seward has relied heavily on tourism and commercial fishing.

With Silversea cruises you enjoy free-flowing premium wines and spirits, delicious gourmet cuisine, in-suite dining, full butler service for every suite and of course all gratuities. Savour the peace of mind of knowing that there is no salient price-tag at the end of a wonderful night of entertainment. Which is also complimentary, by the way.

Butler Service in Every Suite

All guests are pampered equally aboard our ships. We are the only cruise line in the world to include butler service in every suite, in every category. A staff-to-guest ratio of nearly one to one ensures that your every wish is fulfilled with earnest precision, from the concierge who can customise your voyage to the butler who serves your breakfast in suite.

Beverages in-Suite and throughout the Ship

Select wines, premium spirits, specialty coffees, as well as bottled water, juices and soft drinks are complimentary in all bars and lounges. Your suite’s mini-bar is also stocked with your preferred beverages including wines and spirits. Your butler will replenish them upon request.

Delicious meals created with thought and panache, discerningly elaborated menus with perfectly balanced wine choices and a relaxed atmosphere with erudite friends – dining aboard any Silversea ship is the ultimate experience for people who only want superlatives. It just doesn’t get any better than this. Why not ask the couple you just met to join you? With our open-seating policy, arrive at your leisure and dine with whomever you please.

Our unwavering commitment to flawless service requires an attitude that is totally focused on the part of every member of the staff. Their professional training is readily apparent from the waiter who keeps your water glass filled to the chef who prepares your favourite soufflé à la minute. Yet surprisingly gratuities are not expected. They’re included in your fare. *Please note: Beauty salon and spa treatment gratuities not included.

A quiet sanctuary. The sitting area of the Vista Suite has plenty of room to relax. Large picture windows frame panoramic ocean views. The perfect backdrop for breakfast in bed during the cruise. Some Vista Suites accommodate three guests.

Delivered in spring of 2017, Silver Muse was built by Fincantieri and at 40,700 grt accommodates 596 guests.

Representing an exciting evolution of Silver Spirit, Silver Muse redefines ultra-luxury ocean travel - enhancing the small-ship intimacy and spacious all-suite accommodations that are the hallmarks of the Silversea experience.

Silver Muse significantly raises the bar in the ultra-luxury cruise market with a wealth of enhancements to the onboard experience, while satisfying the uncompromising requirements for comfort, service, and quality of the world's most discerning travellers.

Price is per adult, based on 2 sharing, and includes:

Sourced from volcanic rock and placed in an oven to reach an optimum temperature of 400˚C, The Grill invites guests to cook their food directly at their table. With the stone cooking available in the evenings only, The Grill becomes a daytime rotisserie, gourmet salad and burger bar.

Indulge in an evening where fine wines are complemented by a set bespoke menu of regionally-inspired dishes in an intimate, elegant setting. An extraordinary six-course experience celebrating the world’s most distinguished wine regions aboard your luxury cruise ship. Per guest reservation fee of US$60.

This elegant bar and grill incorporates the best that the sea has to offer. Created to temper your taste buds, designer dishes such as royal crab, blue lobster and Verbena infused red snapper in a sea salt crust are showcased alongside the best steaks offshore.

Elegant and exquisite dishes bursting with Asian essence awaken your gastronomic senses and immerse you in an expansive tapestry of the palate. Savour the fusion of flavours of a vast continent that defies definition — in a stylish restaurant that pays homage to its delectable cuisine.

The fine art of Kaiseki lies in its meticulous preparation and beautiful presentation. With teppanyaki available exclusively for evening diners, daytime menus feature a varied and balanced menu of sushi, sashimi and other raw Asian-inspired dishes. Per guest reservation fee of US$60.

Reflecting Silversea’s Italian heritage, this emblematic street in Naples divides the city in two and is renowned for its pizzerias. Therefore it is unsurprising that Spaccanapoli reflects the true Italian way of life: the freshest ingredients, authentic dough and a perfect sense of the fabled Italian lust for life.

A sumptuous, intimate setting with a lively, joie de vivre ambience is the perfect place to dine, dance and dream the night away… Small plate tapas-style dishes of mouth-watering international cuisine perfectly compliment the rich, exciting entertainment as the smooth sounds of jazz and blues gently caress your ears. 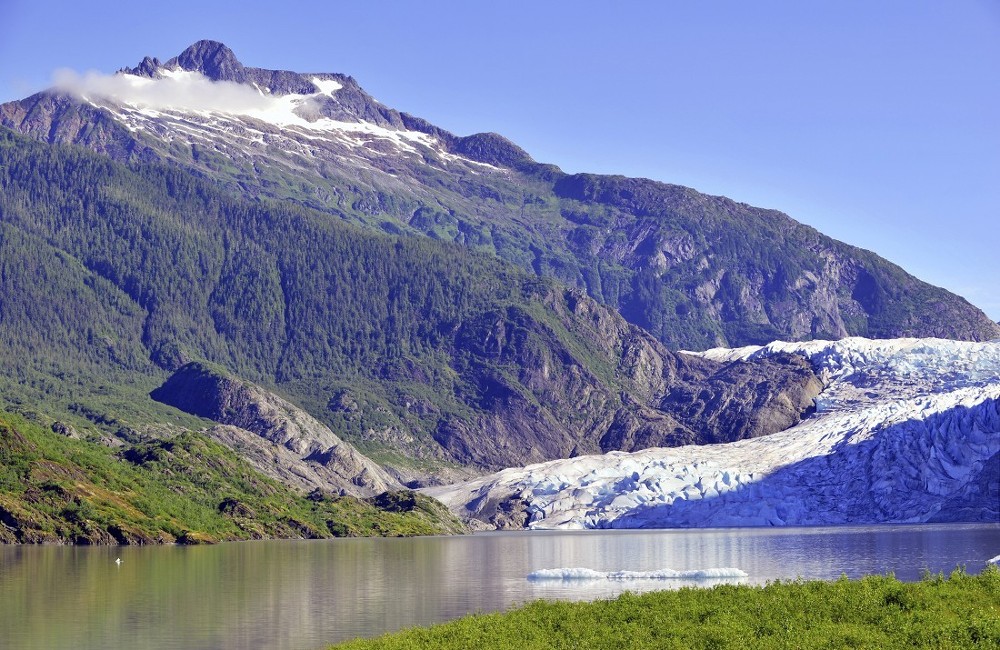 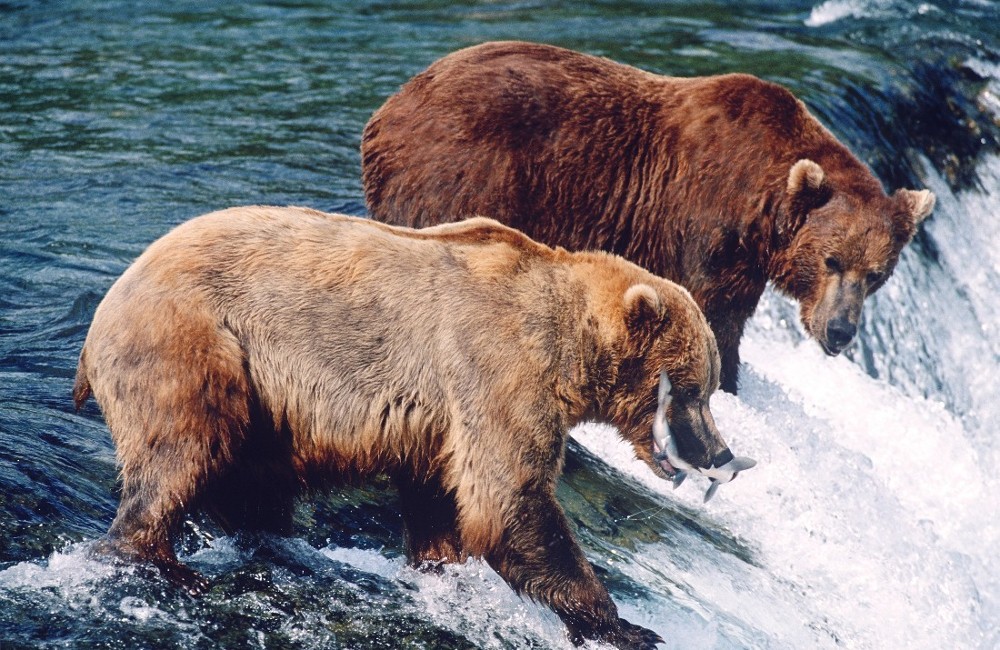 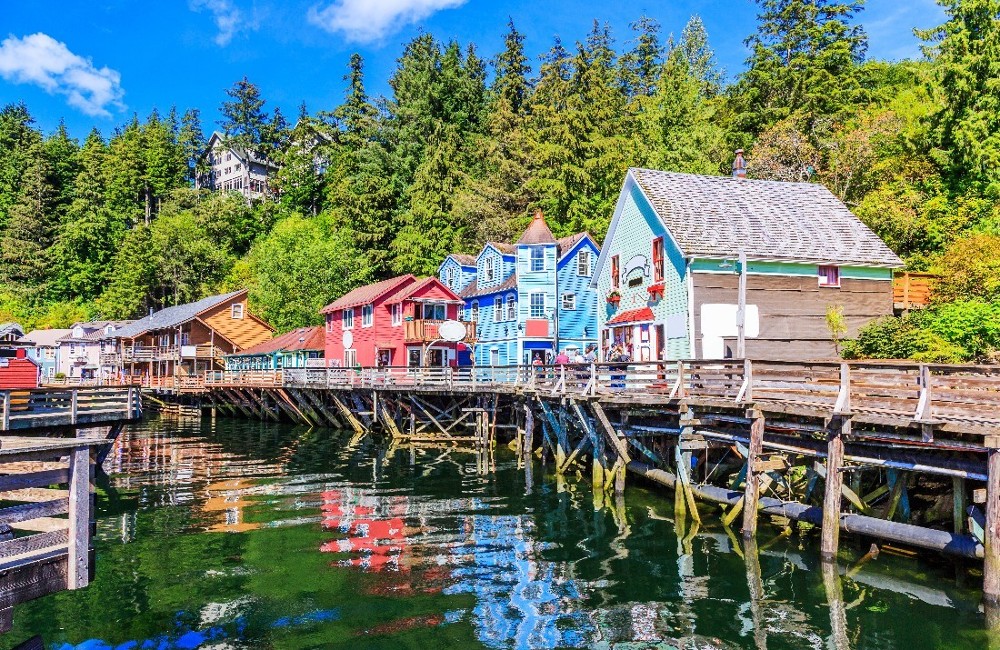 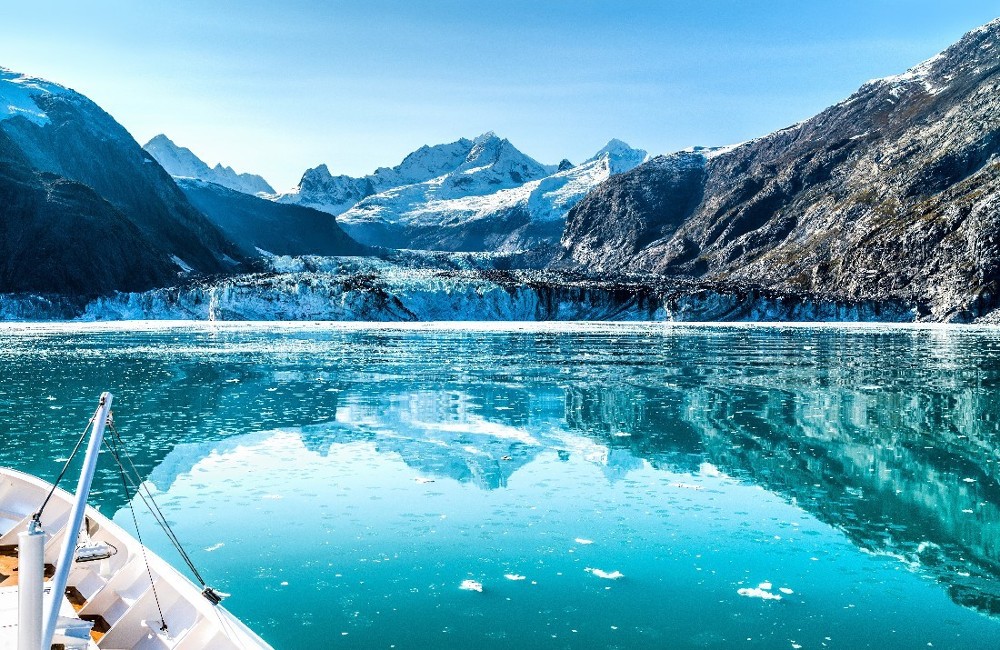 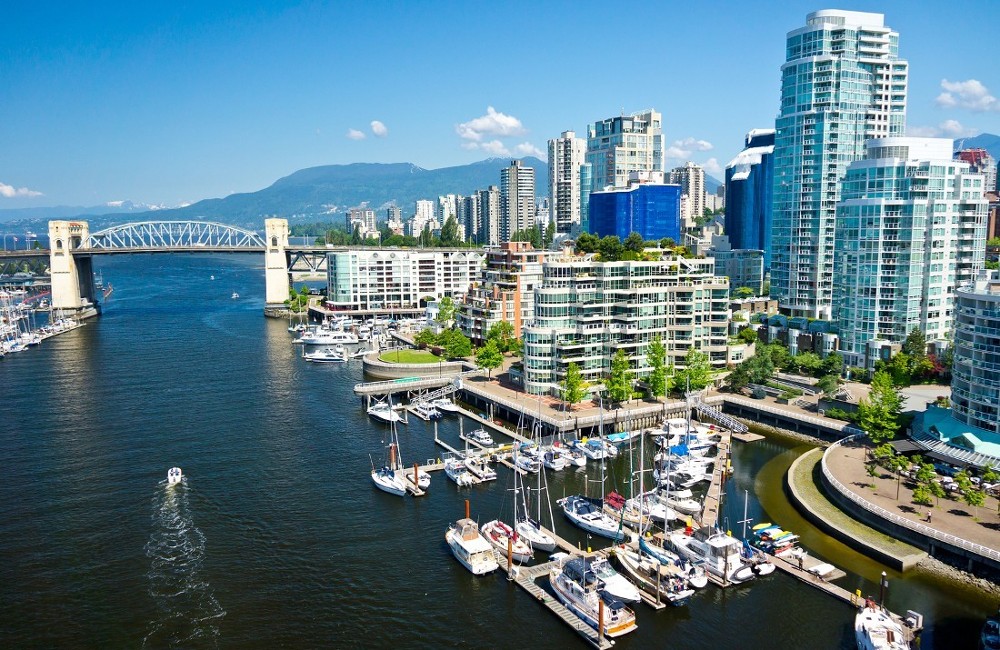 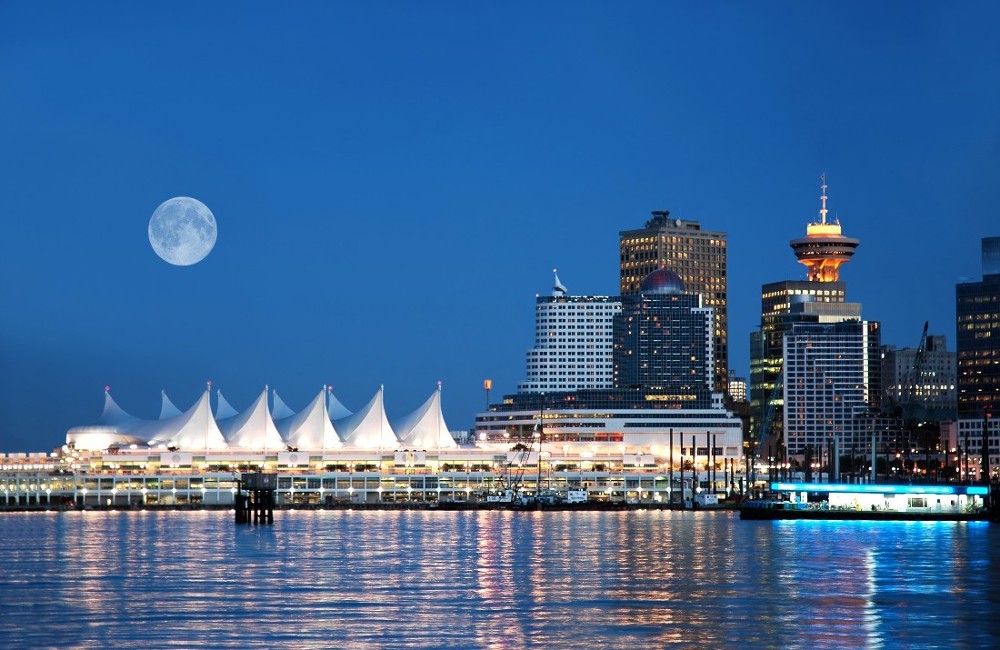 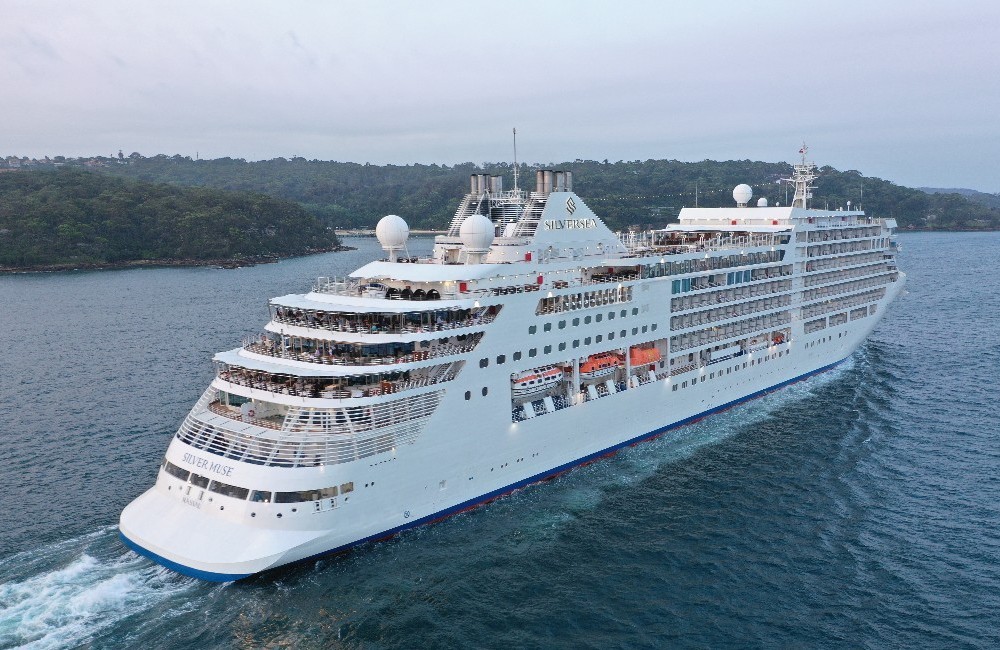 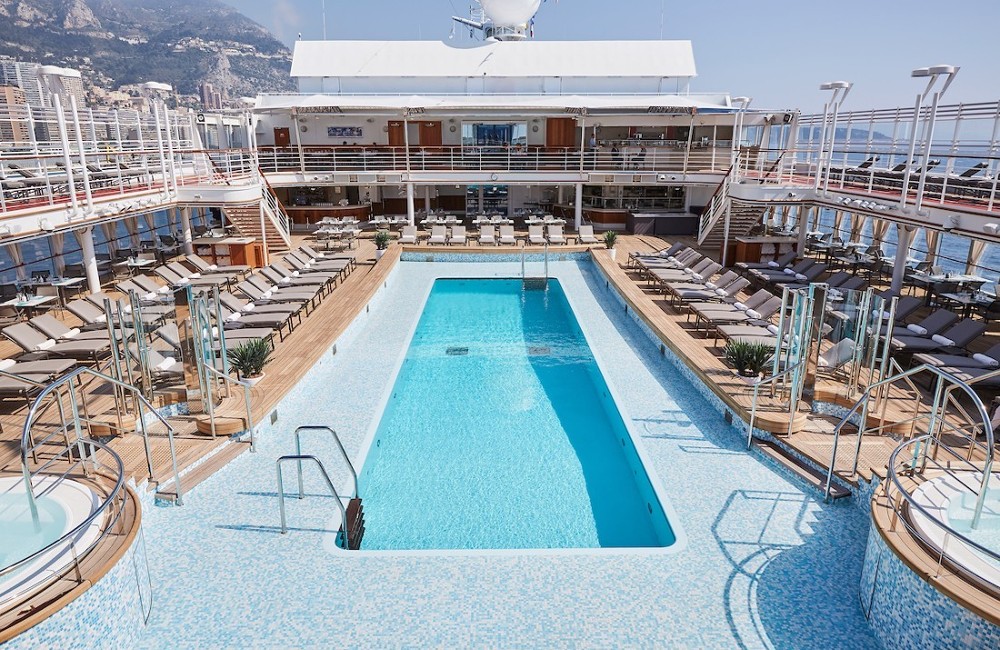 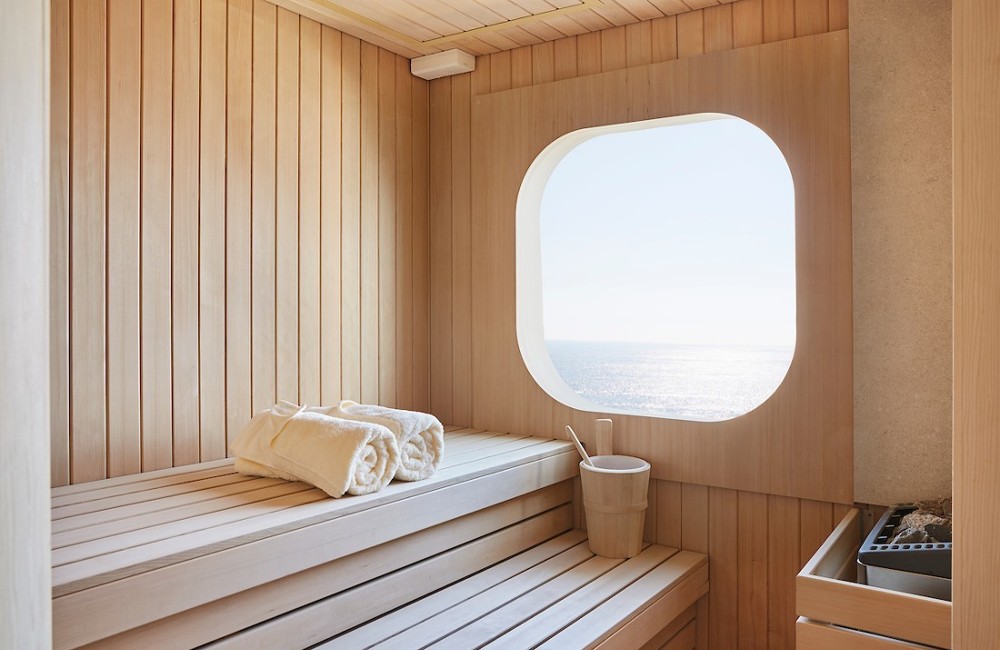 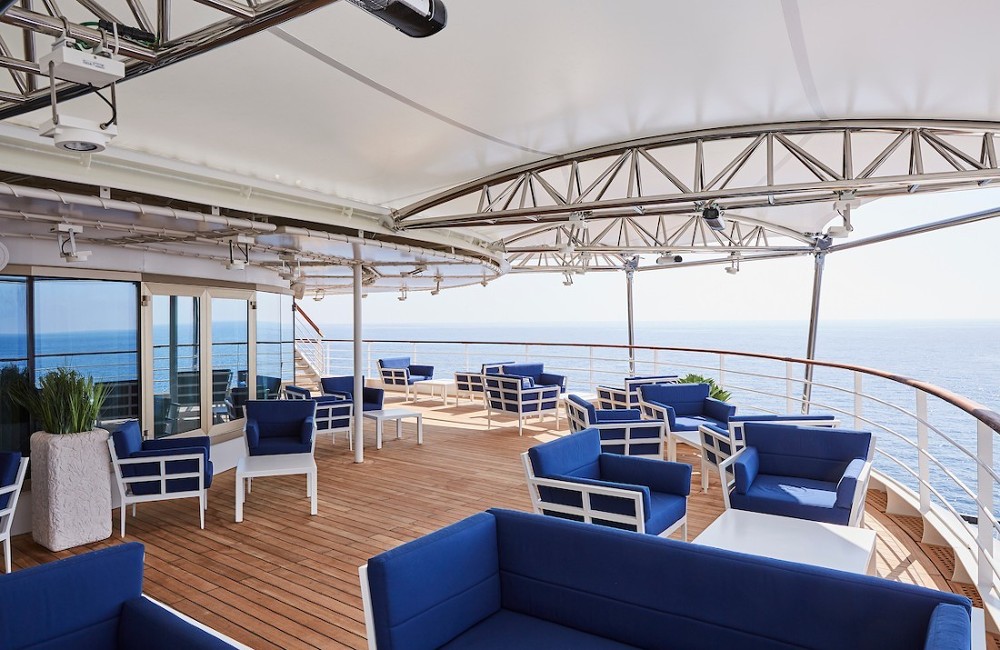