Sydney, Australia - You won't have any trouble filling up an itinerary in Sydney — there's a wealth of sights, sounds and activities here to delight adventurers of all stripes. Visit one or all of the city's three iconic landmarks: the Sydney Opera House, the massive arched Harbour Bridge and white-sanded, crescent-shaped Bondi Beach. Get your culture on at the Art Gallery of New South Wales, with works from ancient tribal Australia to medieval Europe to modern times. Cruise to Sydney and check out the North Head Cliffs at Manly Beach, which offer panoramic views of the bay and the skyline, or go snorkeling along the underwater nature trail at secluded Gordon's Bay to spot starfish and sea urchins.

Milford Sound, New Zealand-Mountains and waterfalls abound in South Island's Milford Sound, one of New Zealand's top attractions and a site of otherworldly beauty. Called the eighth wonder of the world by Rudyard Kipling, the sound (technically a fjord) is part of Fiordland National Park and the Te Wahipounamu World Heritage Site. Take in the surrounding water on nature on your Milford Sound cruise, passing by green cliffsides and plummeting waterfalls like Lady Elizabeth Bowen Falls. Along the way, take in the famous Milford Track: Suspension bridges, boardwalks and mountain passes take you past stunning vistas of emerald green mountains and valleys, as well as Sutherland Falls, the tallest waterfall in New Zealand.

Doubtful Sound -Situated in Fiordland National Park, Doubtful Sound is the deepest and second-largest fjord in New Zealand. It was named by Captain Cook, the first European here, because he was doubtful that he would be able to sail his ship, the Endeavor, back out of the sound due to the westerly winds. Look for the area's towering waterfalls: See 619-meter Browne Falls in Hall Arm and 220-meter Helena Falls at Deep Cove. Try to spot dolphins, penguins and fur seals in the waters and shoreline below with your Doubtful Sound cruise.

Dusky Sound -Dusky Sound lies among the grand fjords of Fiordland National Park in the southwest part of New Zealand's South Island. Named by Captain Cook when he sailed by at dusk on his first voyage in 1770, this spot holds one of the area's largest fjords, at almost 25 miles long. During the rainy season, you can spot hundreds of waterfalls splashing down from the verdant green hills into the dark deep waters. During your Dusky Sound cruise, keep an eye out for sunbathing seals in repose on Seal Rock. Look out for Astronomer's Point, a former observatory dating back to 1773 that overlooks the dramatic fjord.

Dunedin, New Zealand-On the southeast coast of New Zealand's South Island, on the Otago Peninsula, you'll find Dunedin. The city basks in its Scottish heritage — its name is actually the Gaelic word for Edinburgh. No Scottish city would be complete without a castle: Explore Dunedin's Larnach Castle and Gardens, a Gothic Revival mansion surrounded by impeccably manicured rows of rhododendrons, azaleas and Scottish heathers. Then, check out Baldwin Street, the world's steepest residential street. Cruise to Dunedin and explore St. Paul's Cathedral in the city's center, the Octagon. Or head to Taiaroa Head at the end of the Otago Peninsula, where unique wildlife abounds: Spot the rare yellow-eyed penguin, New Zealand fur seals and royal albatross.

Christchurch, New Zealand-Lyttelton lives up to the quaintness implied by its name, with a population of just under 3,000 people – but the welcoming town is home to big travel attractions and major beauty. Head into downtown Lyttelton to explore independent boutiques and a lively arts scene: Pop in for an afternoon theatre performance at the popular Lyttelton Arts Factory. Christchurch is just a 20-minute drive from the Lyttelton cruise port. Visit Christchurch and stroll through beautifully manicured Hagley Park or see Maori artefacts at the Canterbury Museum.

Wellington, New Zealand-Wellington, New Zealand's capital, sits at the southern tip of the North Island, roughly the middle of the country. According to Maori legend, New Zealand's two main islands are associated with the god Maui; the South Island is his canoe and the North Island is the fish he caught. Wellington sits in that fish's mouth. Wellington is New Zealand's second-biggest city, after Auckland. Despite its smaller size, it has an abundance of cultural attractions like the National Library, National Archives, theaters and excellent museums. The city is also home to the country's film industry and is nicknamed Wellywood.

Tauranga, New Zealand-It's hobbit enthusiast's dream come true in Tauranga. This town on the Bay of Plenty, perched on New Zealand's North Island, is just a short trek from the rolling hills of Waikato – this is where you'll find Hobbiton, the location that served as the Shire in the uber-popular 'Lord of the Rings' movies. But the fantastic findings of Tauranga don't end there. Cruise to Tauranga and take the one-hour drive to Rotorua, a geothermal fairyland where you can soak in the rejuvenating waters of the natural hot springs.

Auckland, New Zealand-The New Zealand greeting 'Kia Ora!' sets the tone for an Auckland adventure. This Maori phrase, used by Kiwis of all ethnic backgrounds to say 'hello', roughly translates to 'be well' – and after you've enjoyed the outdoor excitement Auckland has to offer, that's exactly how you'll feel. With three harbours and 18,000 miles of coastline, New Zealand's largest city offers all the exploration by land or by sea you could ask for. Climb the Sky Tower for panoramic views of the city and the Twin Harbours. Jump on a New Zealand cruise and head to the Viaduct Basin in Wynward Quarter to sail the harbour or relax at a seaside brewery.

Bay of Islands, New Zealand -Look up — the Bay of Islands is said to have the world's second bluest sky after Rio de Janeiro. Located on the northwestern coast of New Zealand's North Island, the sea here is also a beautiful shade of turquoise, dotted with 144 subtropical islands of the area. Cruise to Bay of Islands and check out Urupukapuka Island, where you can hike through Maori village sites or relax on the white-sand beach. Visit the Waitangi Treaty Grounds — this is the site where the treaty that made New Zealand into its own nation was signed. Or head out on a dolphin spotting cruise to see the population of bottlenose dolphins that call these waters home.

Price is based on 2 adutls sharing and includes:

Onboard Ovation of the Seas

Welcome to one of the world's most innovative ships, filled with game changers, edge-of-your-seat entertainment and dining that defies the imagination. Score 390-metre high views from the North Star®, order up a cocktail in binary at the Bionic Bar® and enjoy a full-sensory aerial adventure in Live. Love. Legs.

Get ready to discover a world of new experiences as you sail between exotic shores. Like hanging ten on the FlowRider® surf simulator, scoring 90-metre-high views from the North Star®, feeling the thrill of free-fall on RipCord® by iFLY® and sipping handcrafted cocktails paired with surreal views in Two70®.

You're in for a palate-pleasing adventure, from robot-crafted cocktails at Bionic Bar® and Mediterranean flavours at Jamie's Italian by Jamie Oliver, to an exclusive five-course epicurean experience at Chef's Table and Tuscan fare with Cali flair at Coastal Kitchen.

Score a front-row seat to jaw-dropping acrobatics and mesmerising visual effects in Live. Love. Legs. Or watch what happens when music, cinematography and tech combine in Pixels. 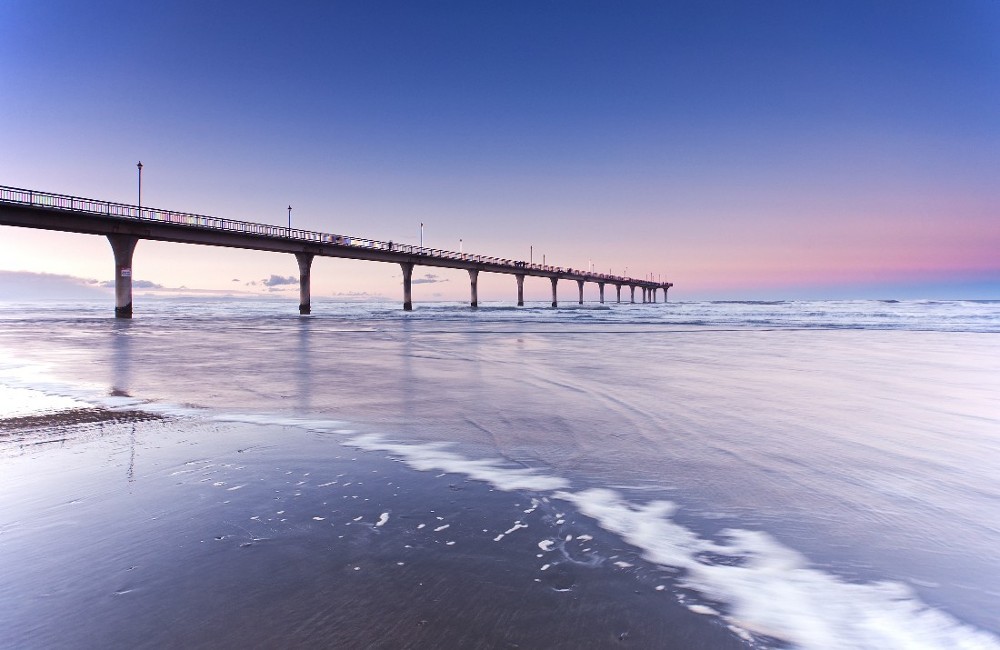 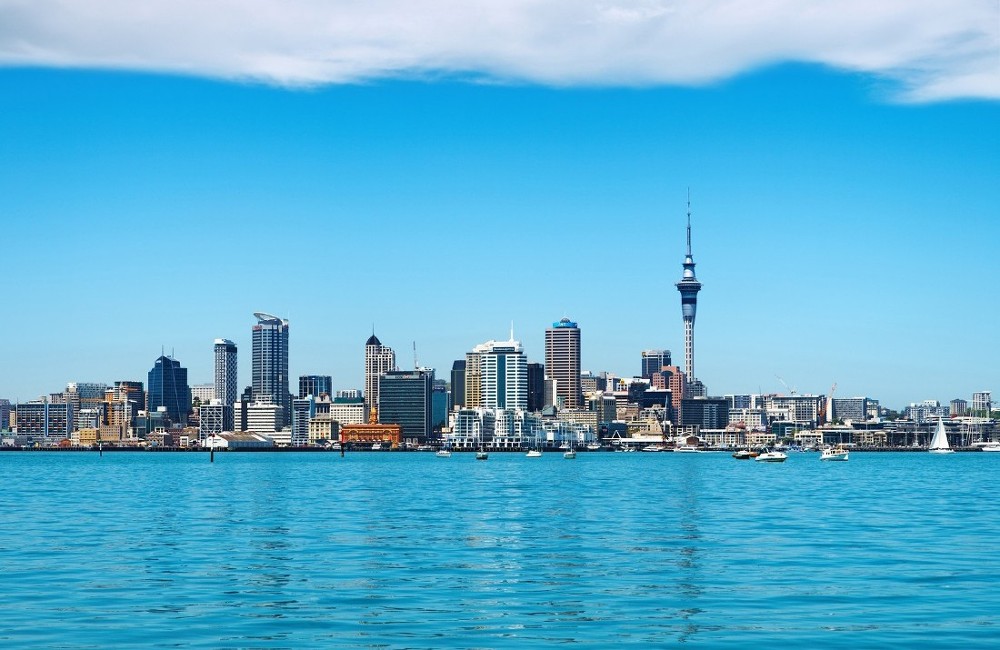 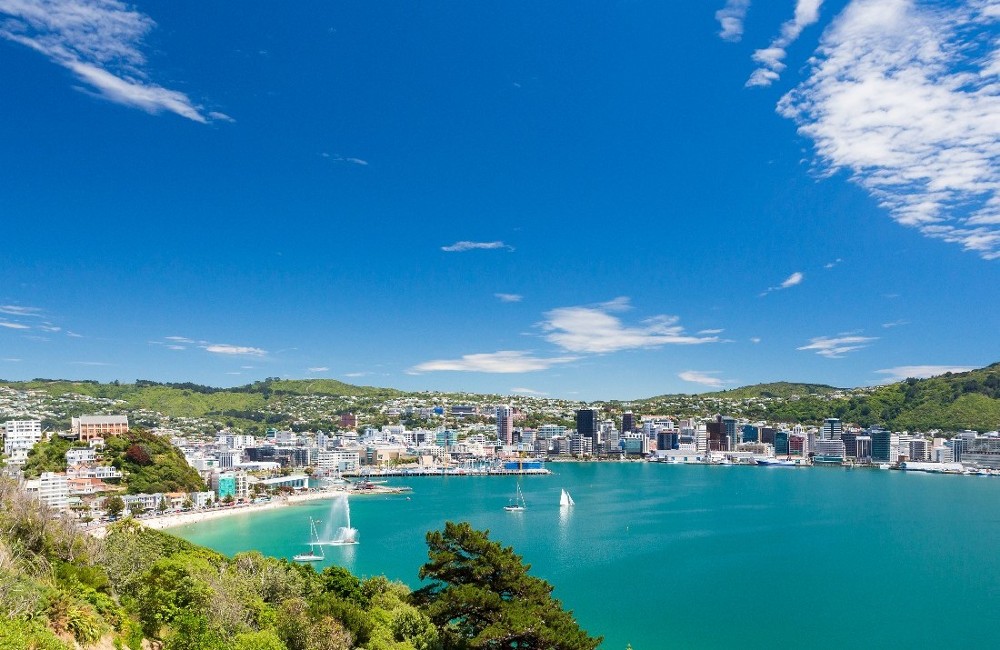 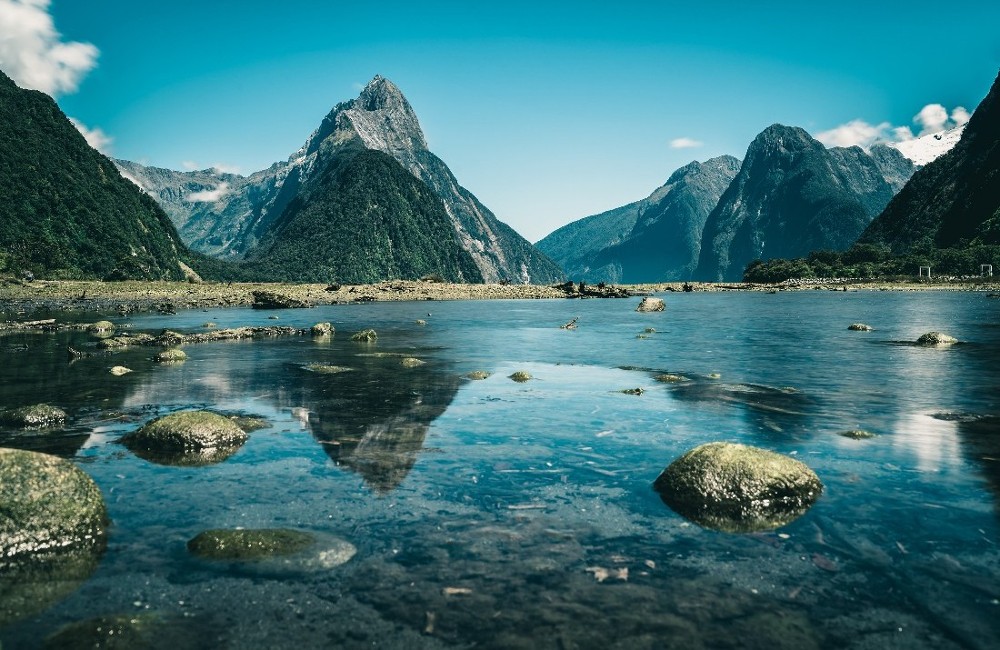 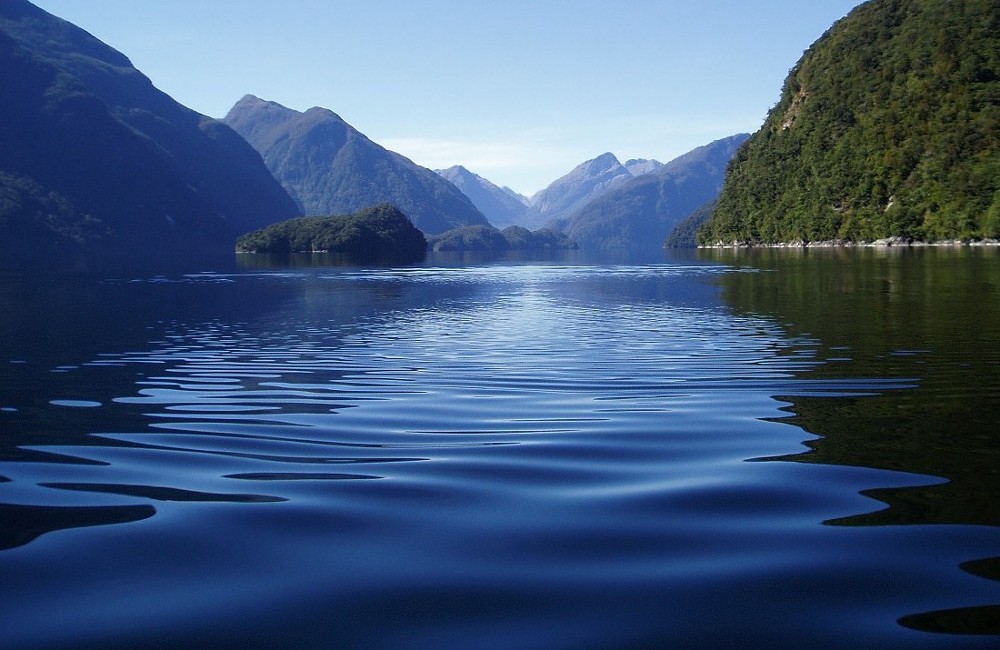 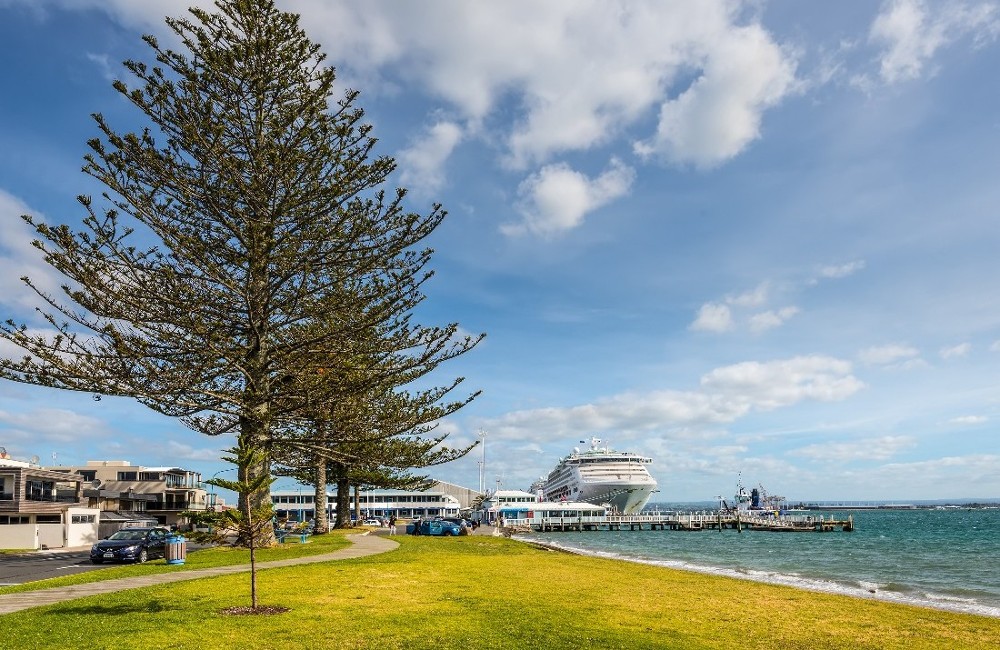 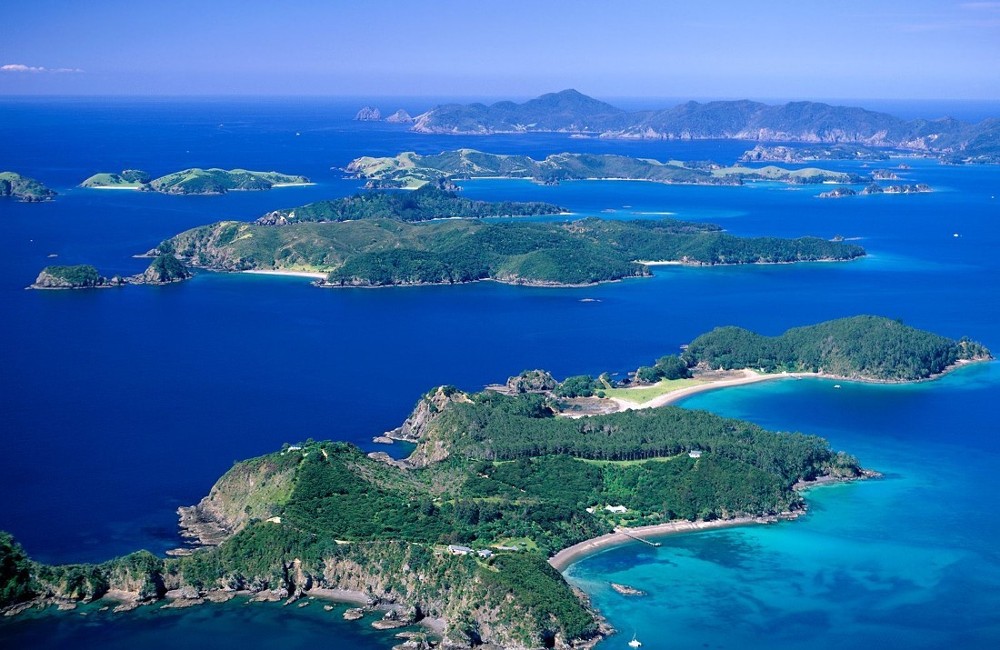