Fly from Dublin and enjoy a week exploring the fascinating history and cultures that make up Tel Aviv, Jerusalem and Bethlehem.

On arrival in Tel Aviv, check in to the Savoy Sea Side. This great four-star hotel is just a few metres from the beach and right on the doorstep of Tel Aviv's bustling nightlife. Recently renovated, the city's promenade runs along the Mediterranean coastline. It's a great spot to take a walk and watch the sunset, and it's dotted with cute cafés- ideal for when you need to take a break. 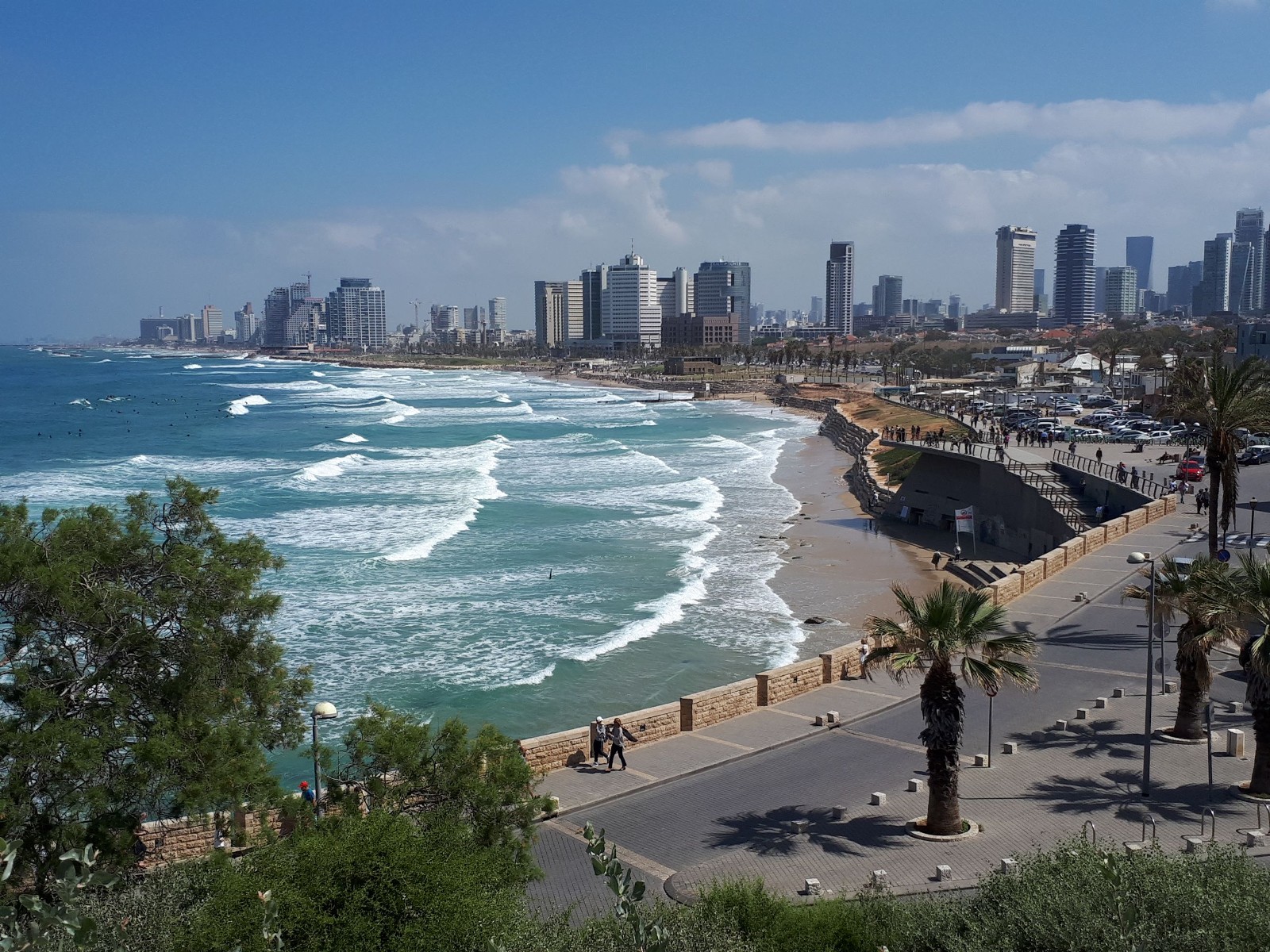 After two nights in Tel Aviv, make your way to Jerusalem. You'll spend the next four nights at the fabulous American Colony Hotel. This five-star has long been considered a neutral ground in Jerusalem, and is often filled with international journalists, diplomats and United Nations Officials.

Get lost in the Old City. Visit the Western Wall, the Church of the Sepulchure and Via Dolorosa. Stroll through Jerusalem's Mahane Yehuda Market and enjoy delicious food, or stop for some spiced coffee at one of the city's many cafés. Explore the Nachalat Shiva neighbourhood and its many galleries and bars, or walk through the charming old neighbourhood of Ein Karem. 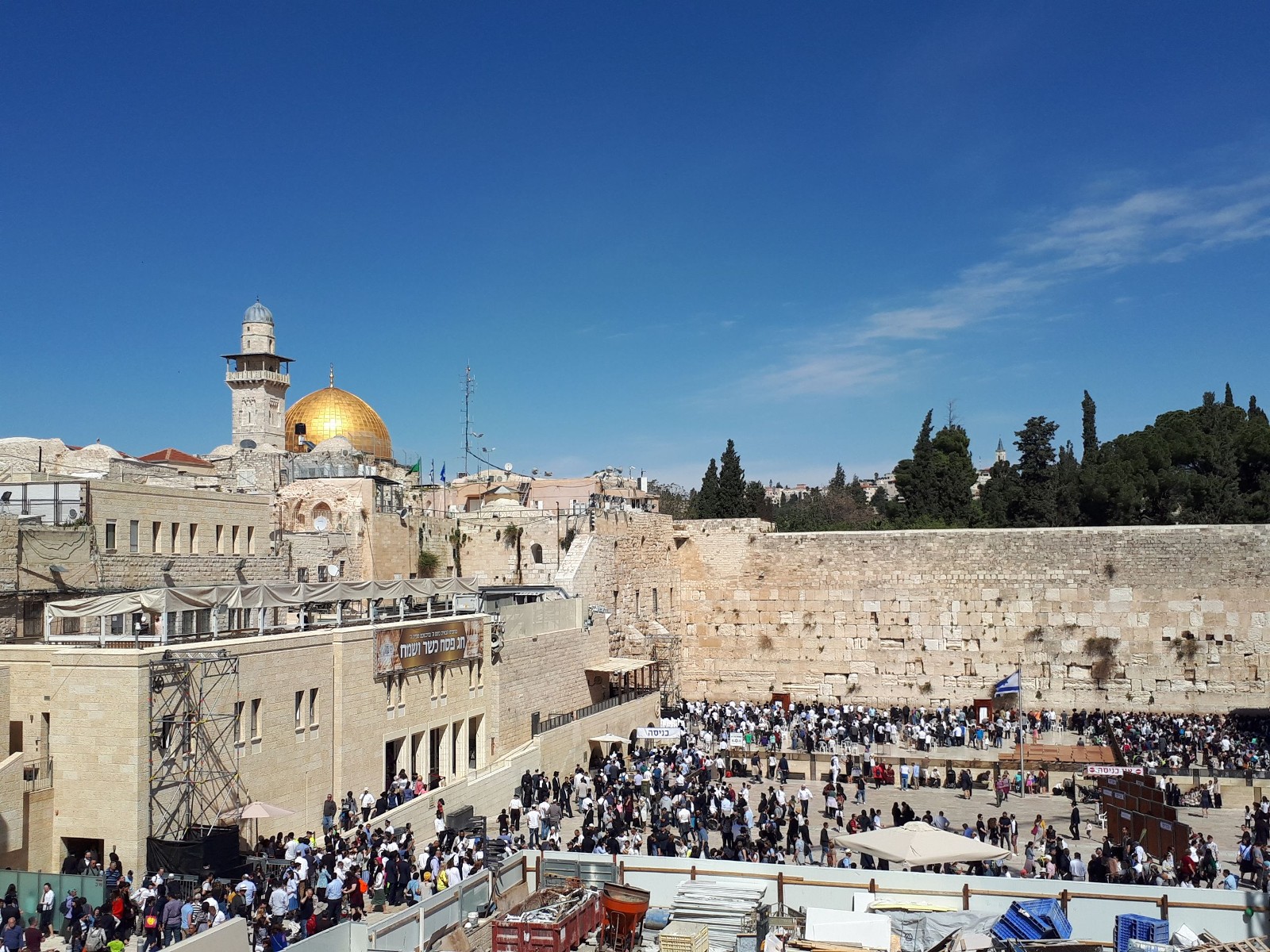 The next part of your holiday will bring you to Bethlehem. Here, you'll spend two three nights at the Manger Square Hotel. This three-star hotel is located just few metres from the Nativity Church. Built in the 4th century AD by the Roman Emperor Constantine, this is one of the oldest churches in existence today and is thought to be built over the site of Jesus' birth. Bustling Manger Square is the hub of this historic town, filled with restaurants, souvenir shops and cafés ideal for people watching.

At the other side of the square from the Nativity Church you'll find the Mosque of Omar, built in 1860. This beautiful building is named after the Caliph who conquered Byzantine Jerusalem and declared that Christians would be free to worship in Bethlehem. Visit the Old Bethlehem Museum to see a fascinating collection of items from the 19th century.

After three nights in Bethlehem, return to Tel Aviv. You'll spend one more night here, enjoyuing the Mediterranean coastline before catching your homeward flight to Dublin.

The Savoy Sea Side, Tel Aviv

The Savoy is a four-star boutique hotel located in Tel Aviv, just meters away from the city's breathtaking Mediterranean beaches. 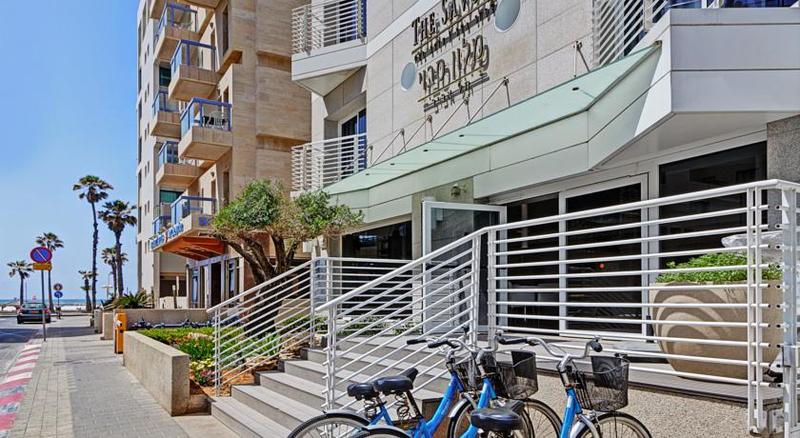 Our seaside location helps us harness Tel Aviv's natural Mediterranean light and let it shine through our lobby. If you find yourself addicted to these intoxicating rays of light, we urge you to step out into our outdoor terrace, relax on our rooftop sundeck overlooking the Mediterranean Sea, or walk a few meters and hit the beach.

You'll have nothing but high praise for the hotel's location. The beach is merely a few meters away, and a short walk reveals so much more- the picturesque neighborhood of Neve Tsedek and the adjoining Hatachana Compound. The city's top-rated restaurants, bars and nightclubs are all within easy reach. It's Tel Aviv at its best, and it's right around the corner. 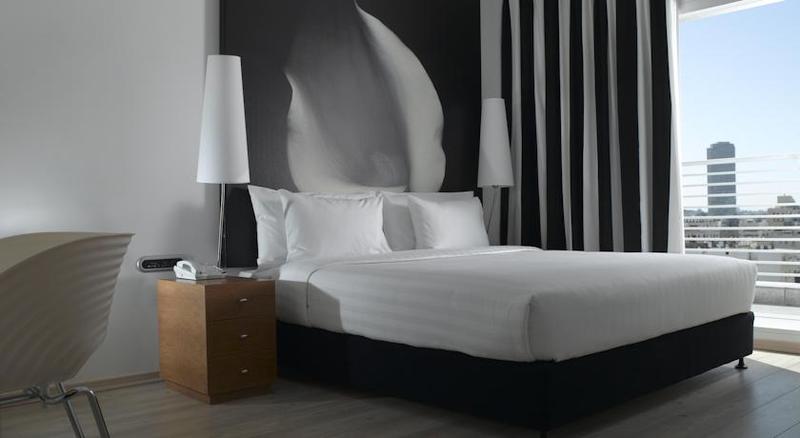 Our goal is to make you feel Tel Aviv's Mediterranean vibe, even if you choose to stay in and relax indoors. Our renovated lobby offers comfortable sofas for quiet relaxation, with 24/7 complementary refreshments, and our outdoor terrace is a great place to sit and spark up a conversation. Our crowning jewel is the rooftop sundeck overlooking the Mediterranean Sea, where you can lie down and work on your tan, feel the gentle sea breeze and experience spectacular sunsets. 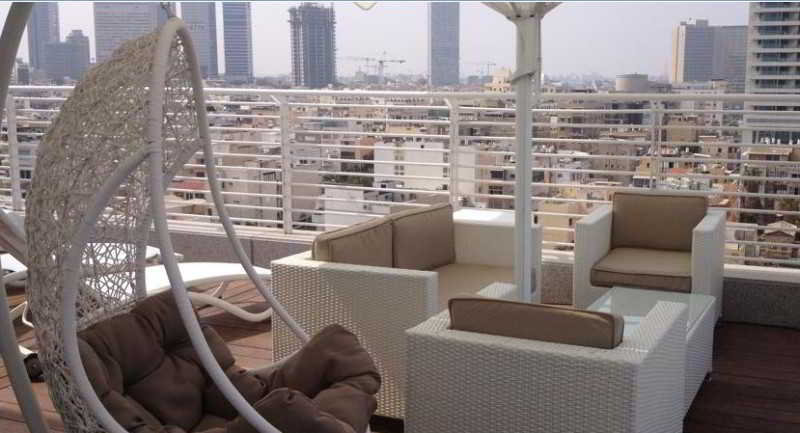 Built in the mid-19th century as a palace for a pasha and his four wives, the luxury American Colony Hotel enjoys a fantastic location in the centre of Jerusalem, on the seam line between the Jewish and Arab areas. 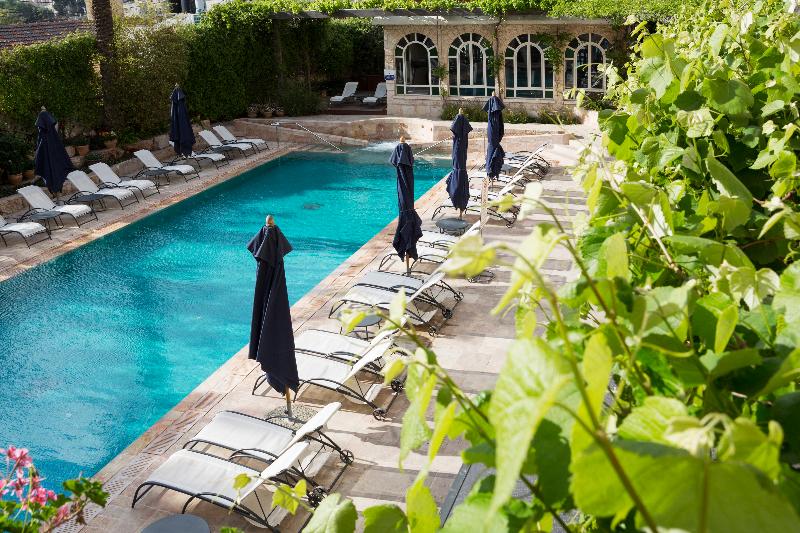 Known to be a neutral place, it is a favourite among international journalists, UN officers and diplomats. Famous guests included Lawrence of Arabia, Tony Blair, John le Carré and Sir Peter Ustinov. The historic hotel exudes a sophisticated ambience of peace and tranquillity. 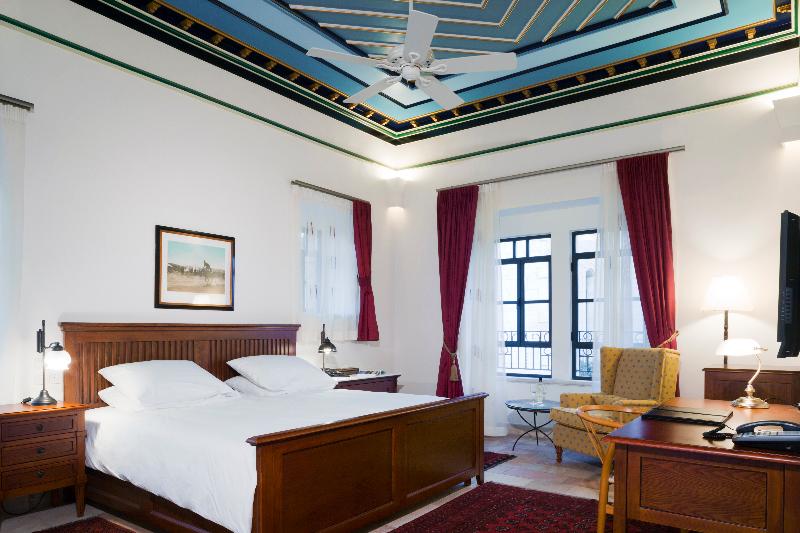 The hotel offers a lovely courtyard, a delightful outdoor pool, a state-of-the-art fitness centre as well as a Swedish sauna. Various fine dining options tempt even the most discerning palate. A truly unique hotel close to all the famous sights. 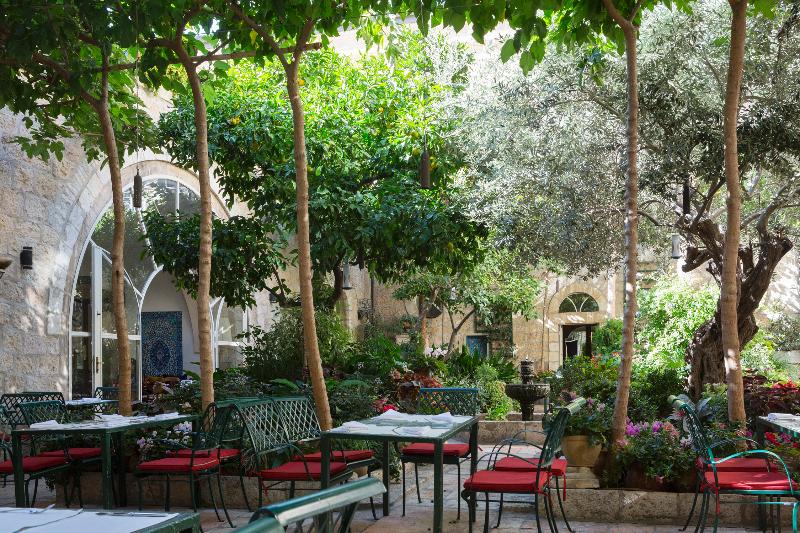 The Manger Square hotel is located just a few steps from the Church Of The Nativity in Bethlehem.

Guestrooms offer views of the garden or city and are furnished with flat-screen satellite TV, minibar and safety deposit box. All come air conditioned as standard and tea & coffee making facilites are on offer. 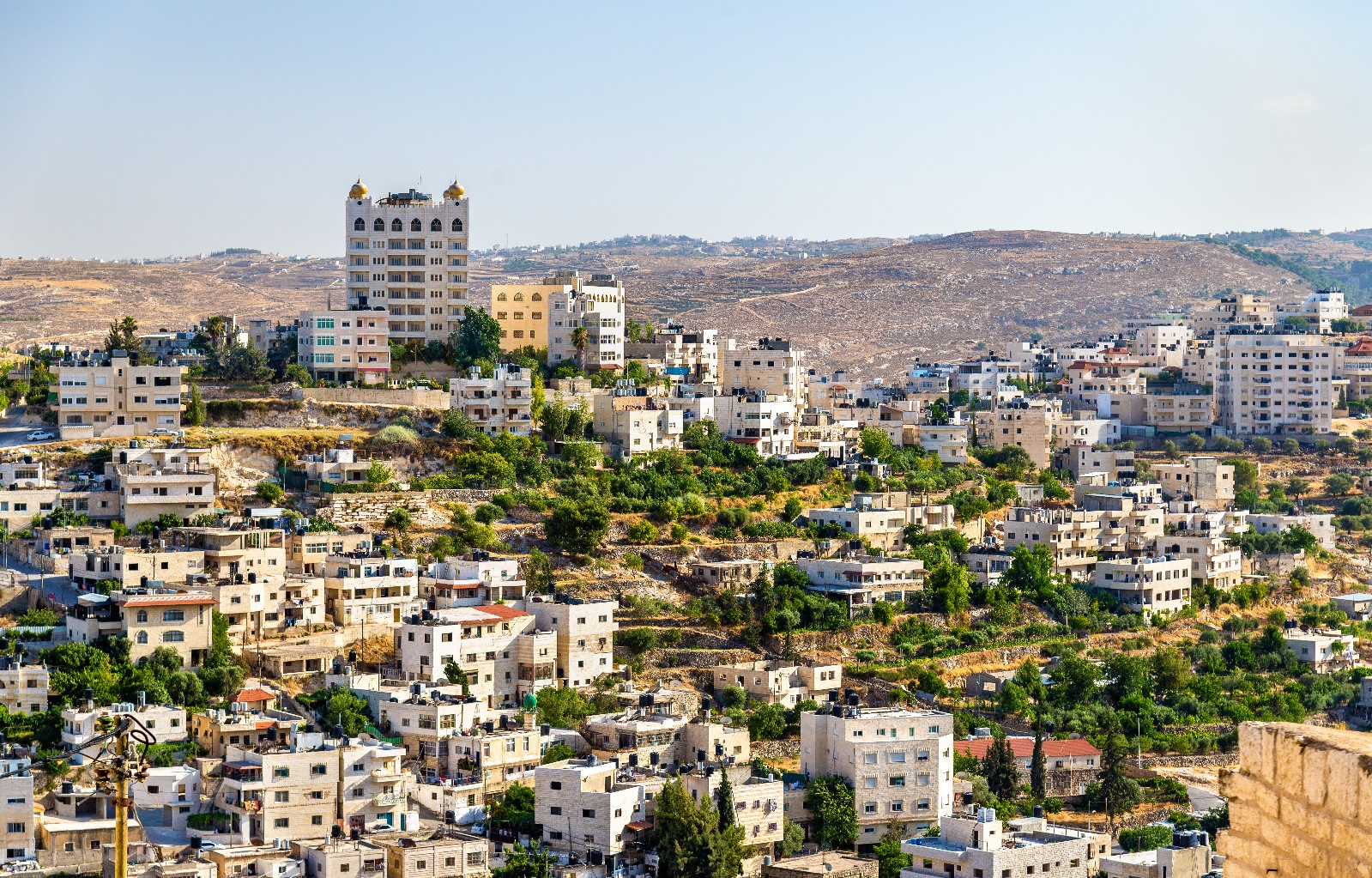 Add a tour to your holiday

Ride the cable car to the mountaintop for a guided tour of the 2,000-year-old ruins, and continue to the Dead Sea to ‘swim’ in its salt-rich waters and, if you wish, take a therapeutic mud bath. The day trip also passes the site of the New Testament parable of the Good Samaritan, and ancient city of Jericho.

Jerusalem is the spiritual center of the world for Christians, Jews, and Muslims alike. Take this guided walking tour to better understand the city’s 4,000-year history and visit the important sites that make up its past.

See Temple Mount, one of the most important religious sites in the Old City of Jerusalem; the Church of the Holy Sepulchre, located on the hill of Calvary, where Jesus was crucified and buried; and many more. Explore the fascinating history of this holy city.

Subject to availability. Terms & conditions apply. We strongly advise passengers allow extra time for airport security on both the outbound and homeward flights.

Add a tour or activity to your holiday

For Christians, Jews and Muslims alike, Jerusalem is the spiritual center of the world. Take this guided all-day tour to better understand the city’s 4,000-year-old history and visit its important sites.

See what are widely considered the holiest places in the world: the Western Wall, the holiest of Jewish sites; the Church of the Holy Sepulchre, located where Jesus was crucified and buried; and many more. Finish the day with time at Yad Vashem, the Holocaust History Museum in New Jerusalem. Round-trip hotel transport included.

Ensure your place: book this tour with us before you fly. Want to try a different experience? Ask about our other tours and excursions. 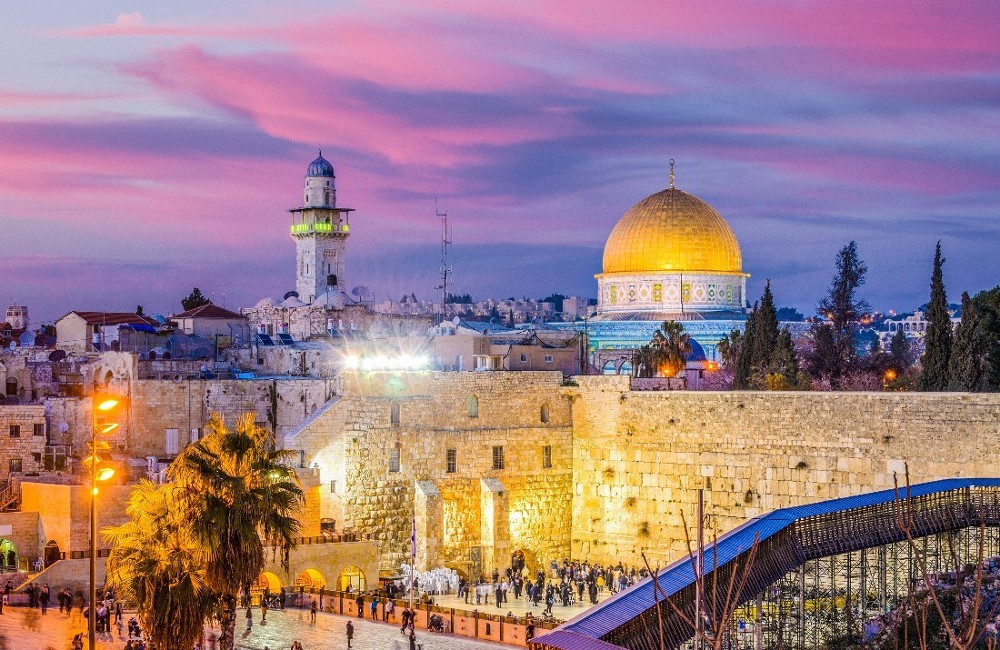 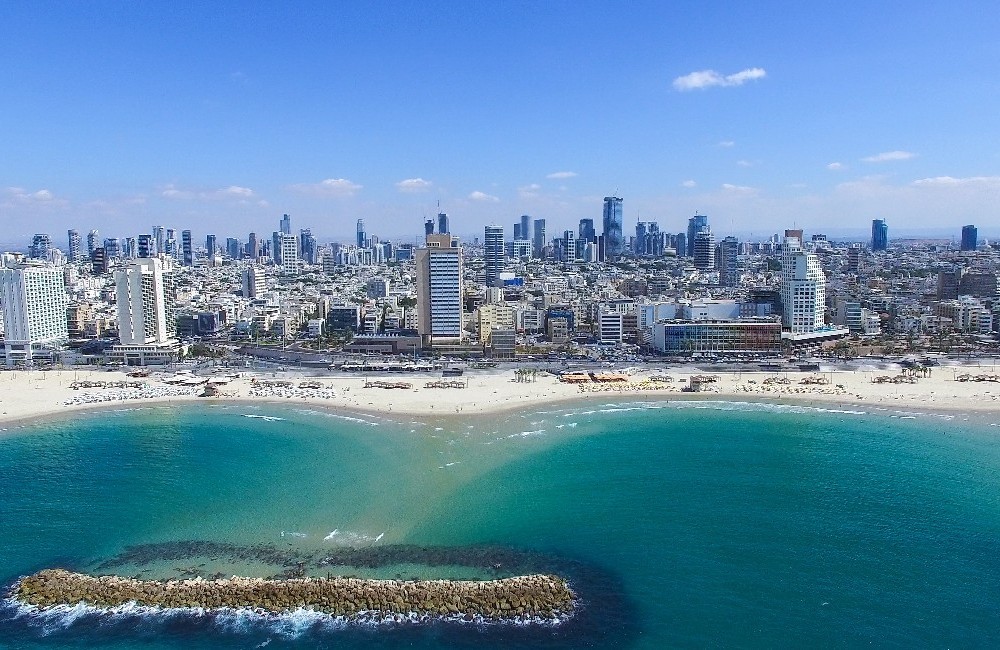 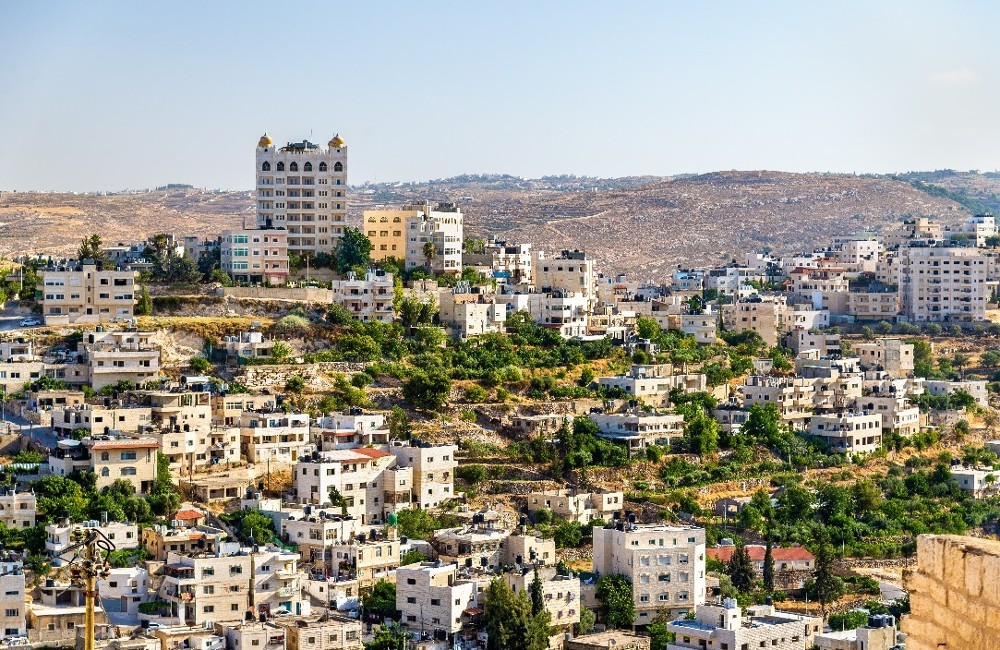 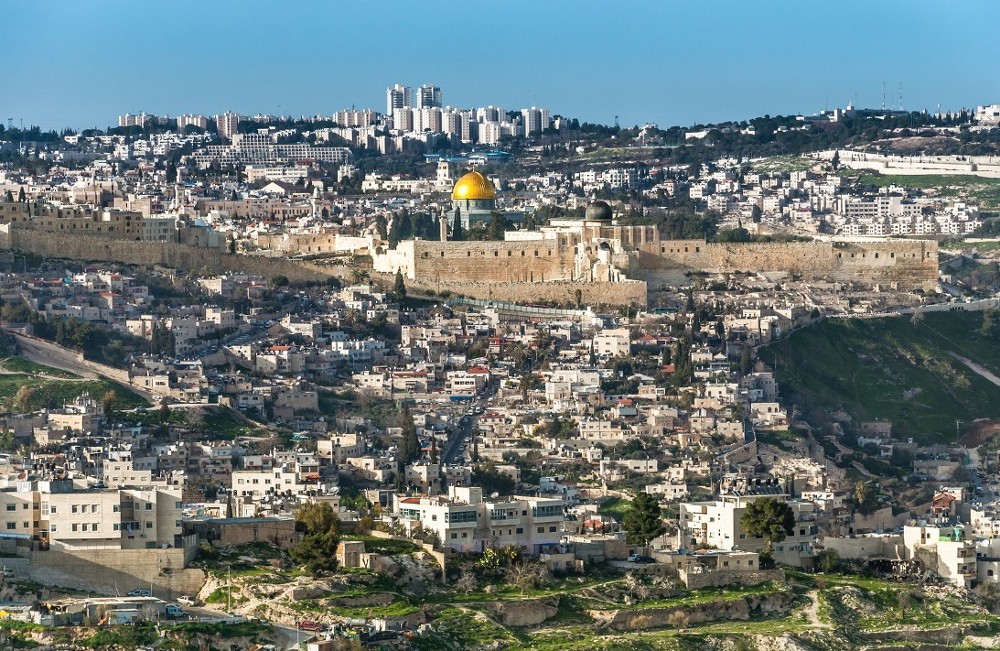 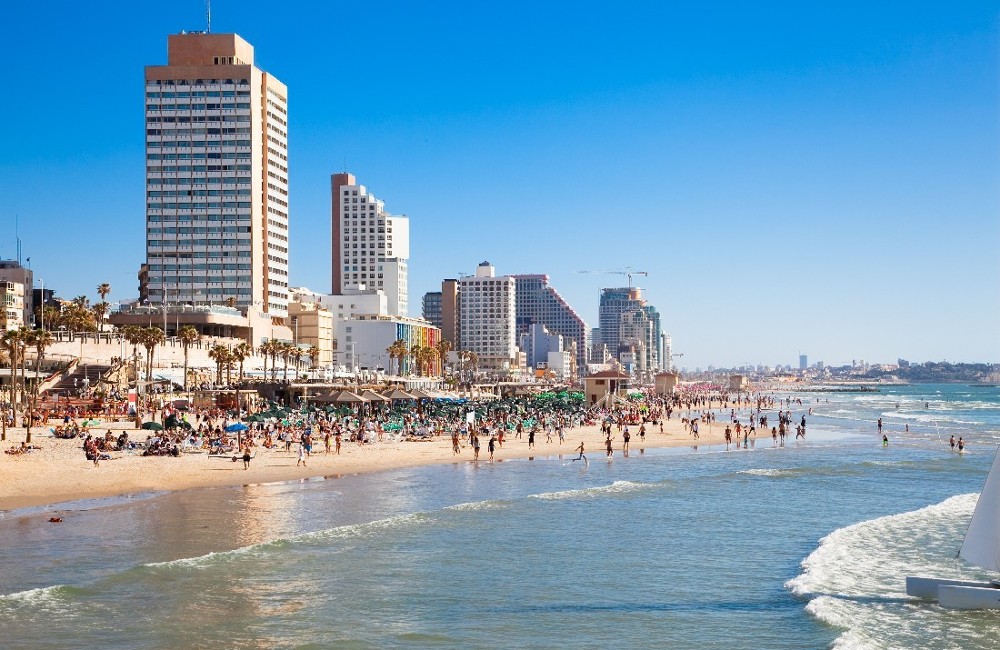 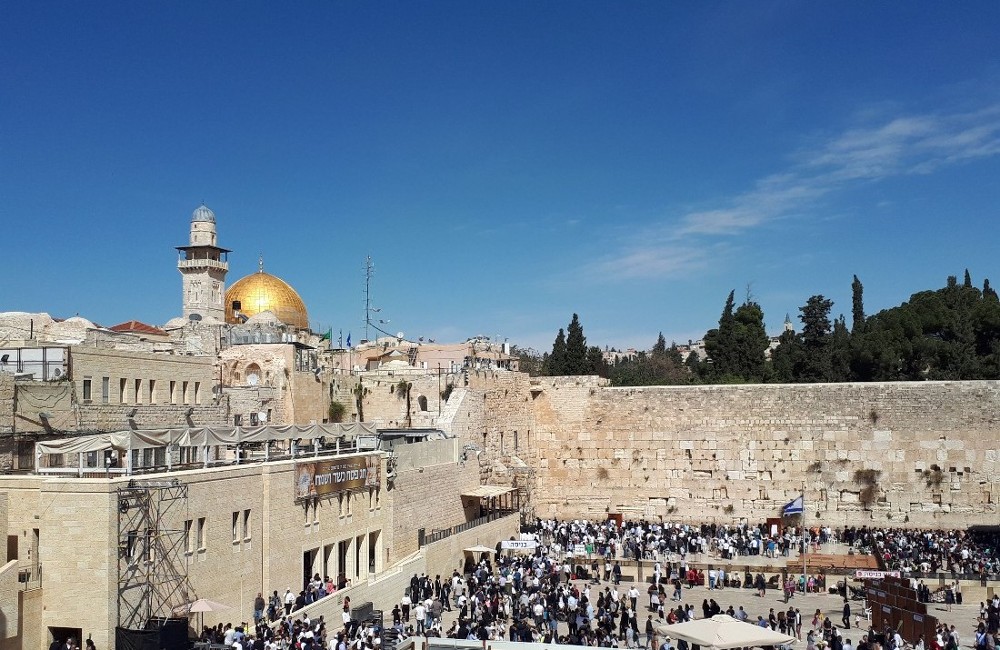 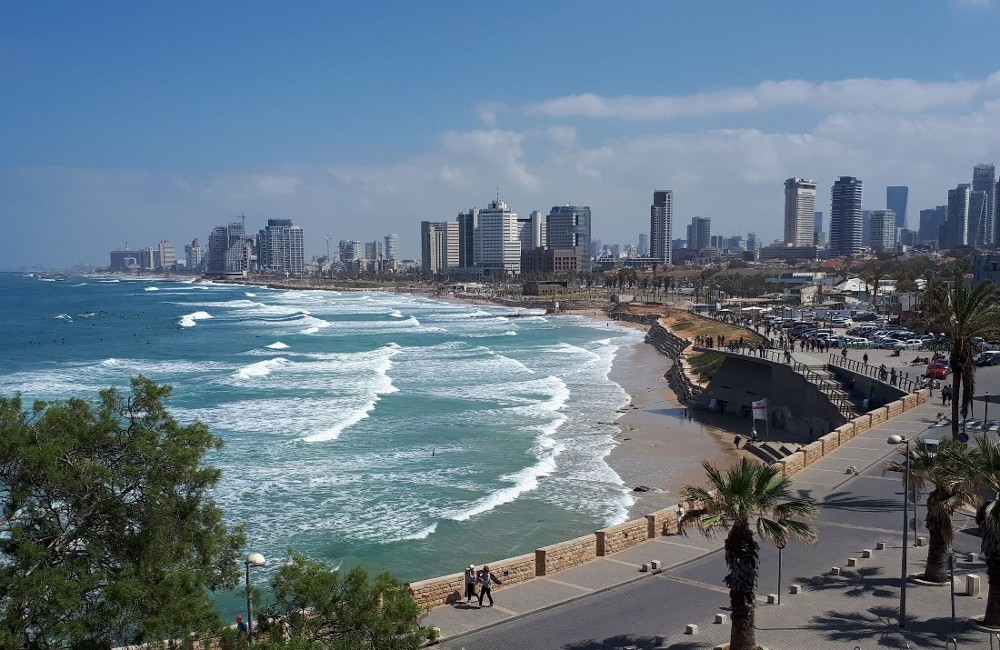